10 Lines on Sun: We wake up every day seeing the Sun, but none of us stop and think how important the Sun is for us. The Sun is the most massive object and a star in the center of our solar system. It is about a hundred times as wide as the Earth. It is always on the move and never stops supplying the never-ending energy that we use in different ways. If there were no sun, many things wouldn’t occur like photosynthesis or the presence of oxygen, which would have caused no life existence. Let’s have a look at some pointers that will give us valuable knowledge about the Sun. 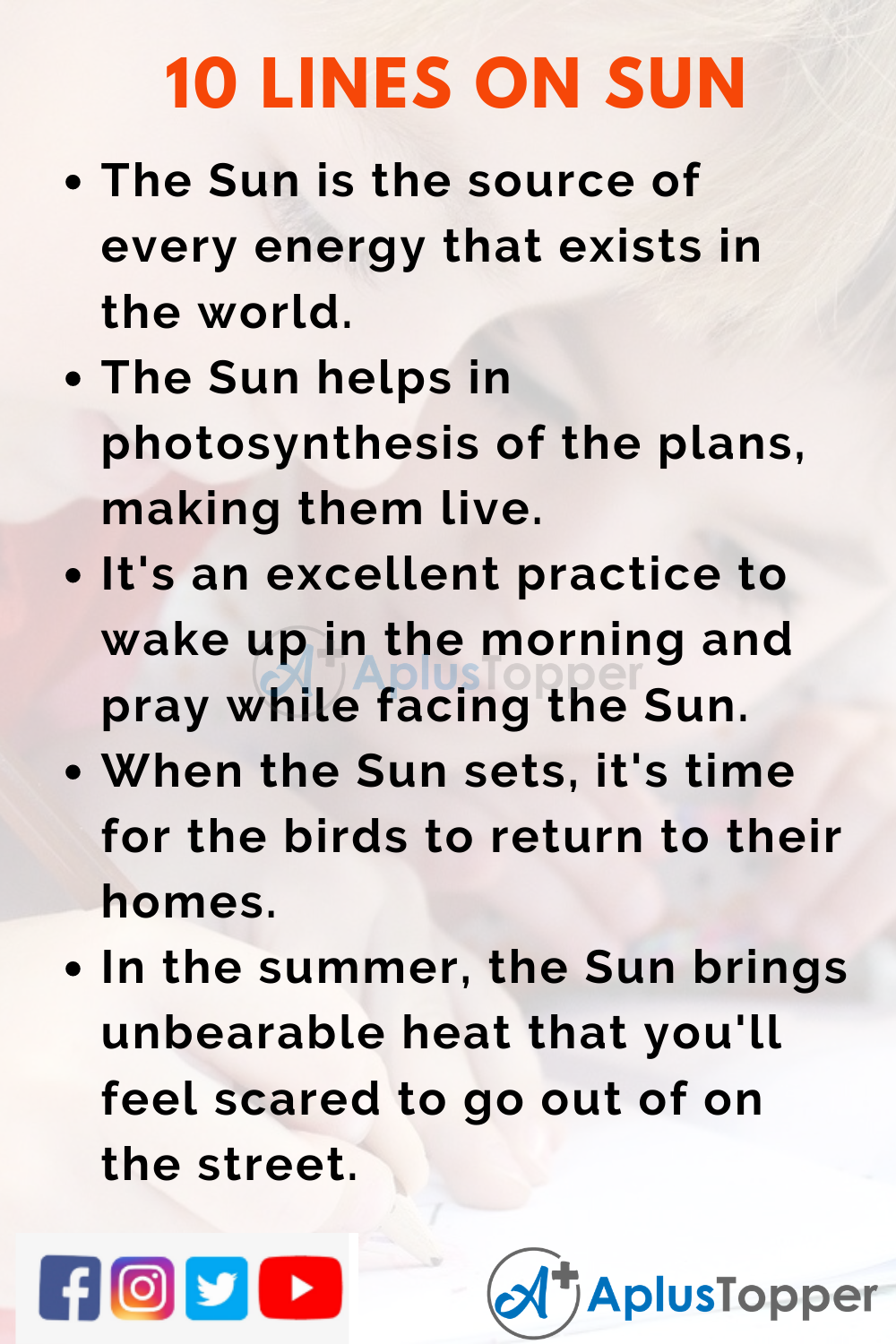 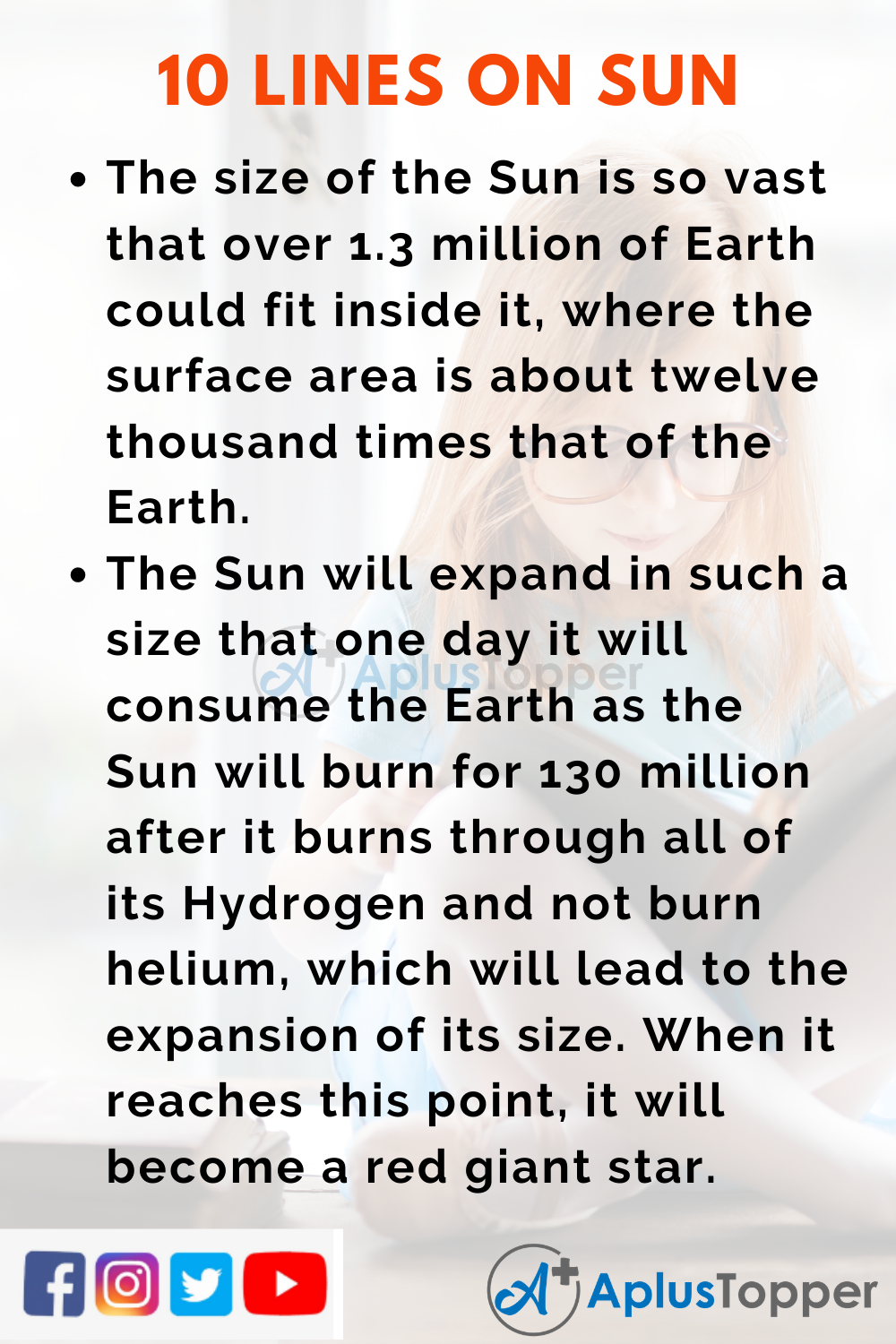 Question 1.
It is known that old stars are made up of gas. So Is the sun old or young?

Answer:
All-stars, including the Sun, are made up of gas, and everything in them is vaporized. It is 4.6 billion years old, in its middle age, nearly halfway through its entire lifespan.

Question 2.
How did someone calculate the size of the Sun when nobody can go near it?

Question 3.
How to classify the Sun as a star?

Answer:
Astronomers call the stars either giant or dwarfs, the average stars are called dwarfs, and the Sun is also a dwarf star. Stars are classified according to their surface temperature and luminosity, and therefore the Sun is classified as a G2V star.

Question 4.
Do we get to know the actual color of the Sun?

Answer:
It’s a mistake we have been making since childhood; we think that the Sun is either yellow, orange, or red. But in reality, it’s nothing but white! The Sun looks yellow to us because the Earth’s atmosphere scatters higher wavelength colors like red, orange, or yellow.