10 Lines On Sodal Mela: India is a holy land of many festivals and events. Thousands of such fairs are celebrated in the form of sacred gatherings and with different cultures and rituals. Sodal Mela is one of the most crucial festivals that is celebrated in Punjab. Also, it is one of the best festivals to memorize Sodal Baba. It is believed that Sodal appeared before the pilgrims and offer blessings on the day of Sodal Mela. In such a case, the fair is organized Sodal Baba Samadhi Sthal. Sodal Mela became very popular. Therefore, not only the people who live in Punjab are celebrating but also from the whole India come to Punjab to worship Sodal Baba. In this article, check out the sets of 10 lines on Sodal Mela. 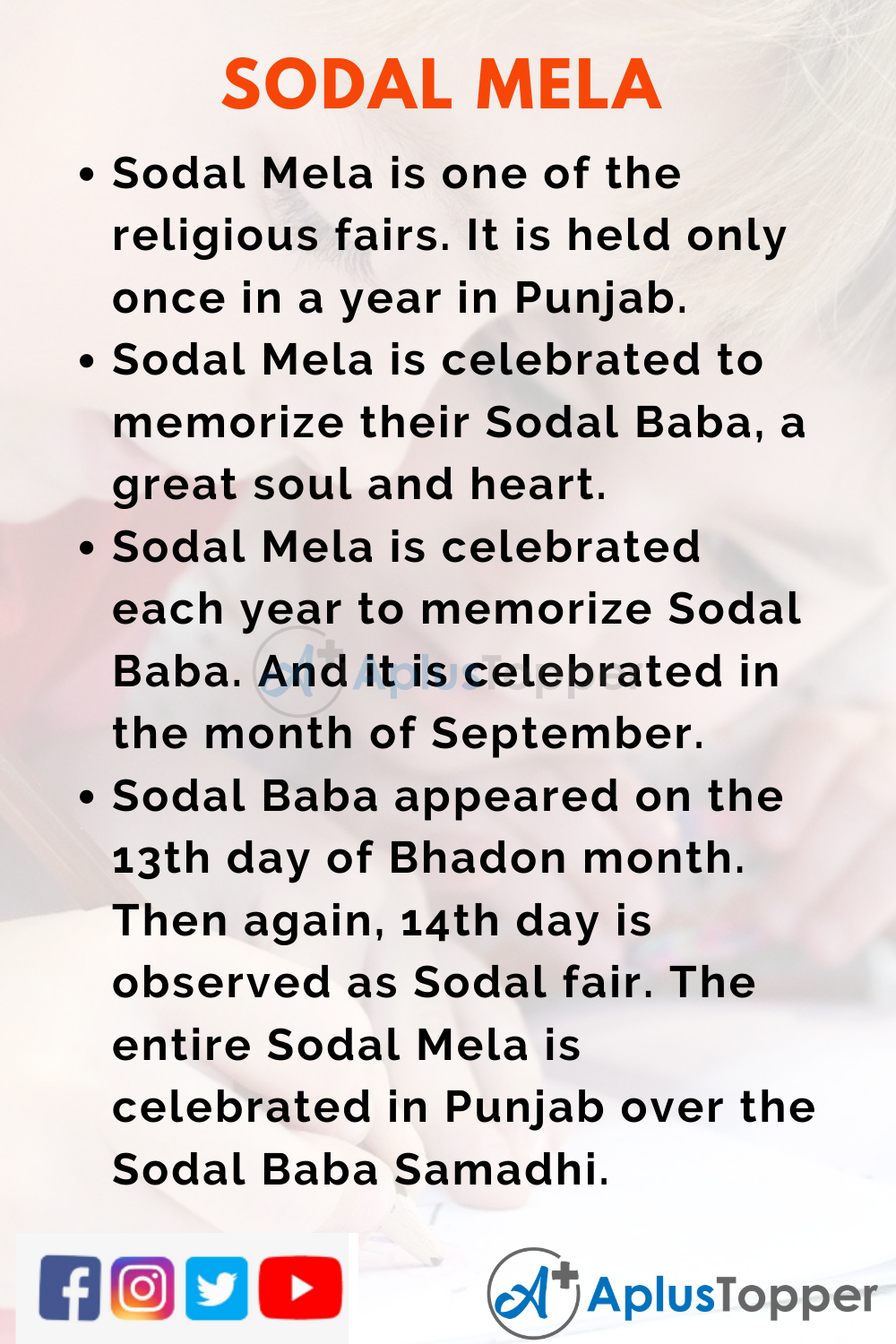 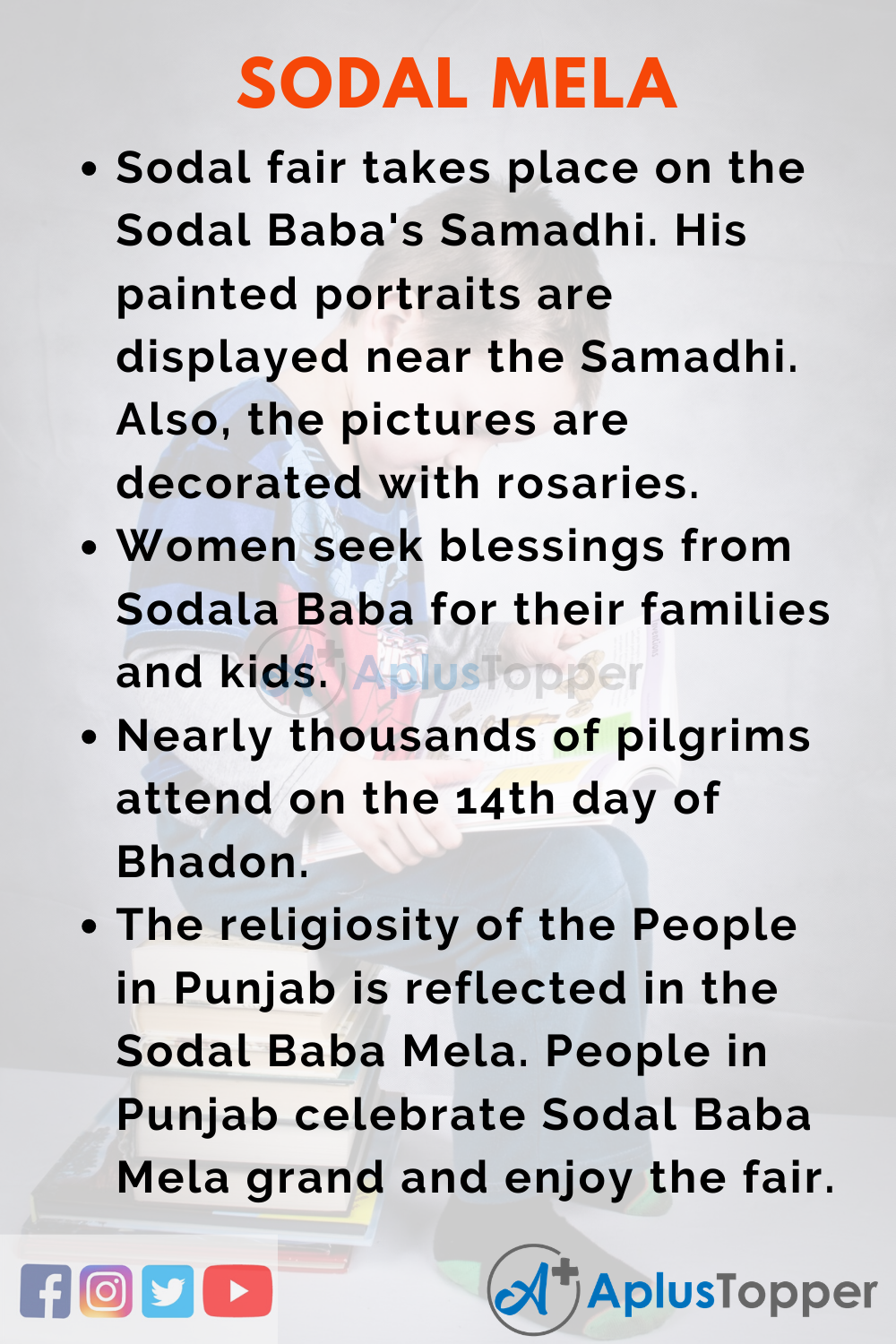 FAQ’s on 10 Lines on Sodal Mela

Question 1.
When is this Sodal Madir open?

Answer:
Sodal Mandir in Jalandhar will open from Sunday to Saturday at 4 am to 10 pm

Question 2.
Why is Sodal Mela celebrated?

Answer:
Sodal Mela is one of the famous fairs in Punjab. It is organized in the month of September to seek the blessings of Sodal Baba.

Question 3.
When is Sodal Mela celebrated?

Answer:
Sodal Mela is celebrated on the 14th day of September as per the Hindu calendar.