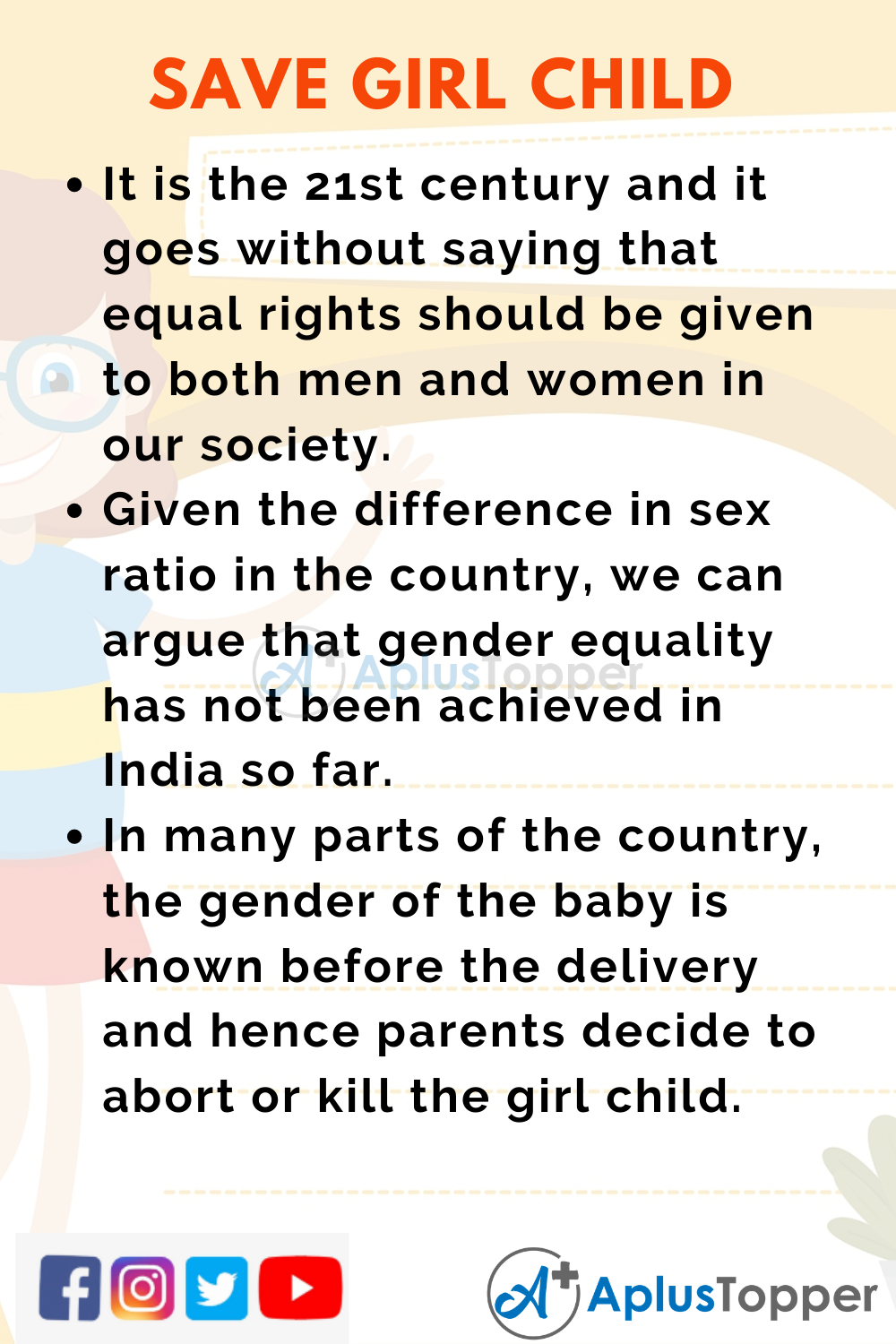 Set 2 – 10 Lines on Save Girl Child for School Children

FAQ’s on 10 Lines on Save Girl Child

Question 1.
Which country is the highest in terms of female foeticide?

Answer:
India is considered highest in terms of female foeticide incidents with 78.83 million in 2001 to 75.8 million cases in 2011

Question 2.
What is the main reason for female foeticide in India?

Answer:
The age-old dowry system and harmful stereotypes that are associated with girls are some of the reasons for female foeticide

Question 3.
What is PCPNDT?

Question 4.
How can we save girl children in India?

Answer:
Strict laws, autonomy to law enforcing authorities and education and awareness campaigns to change the thought processes of people in the country will help in saving girl children