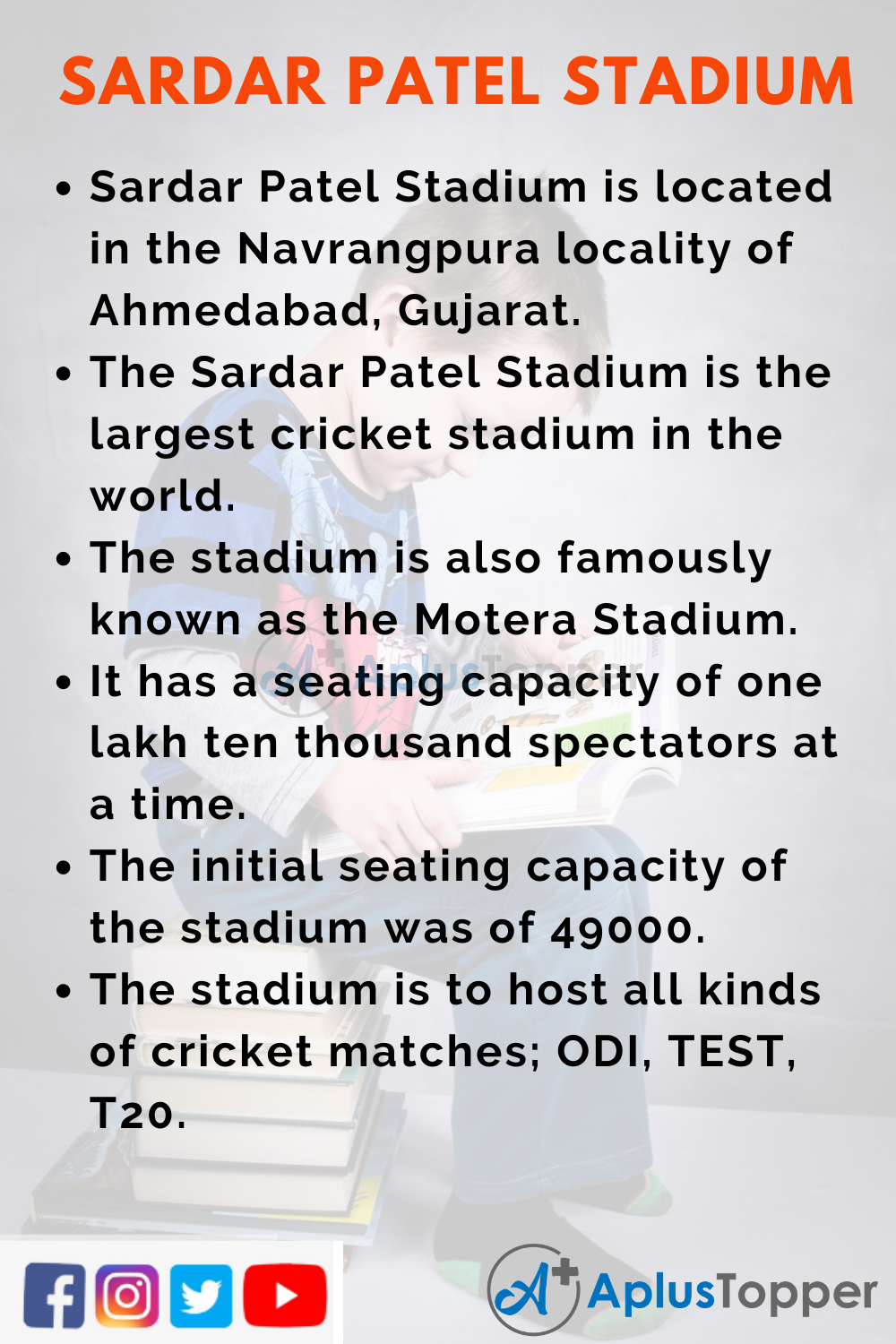 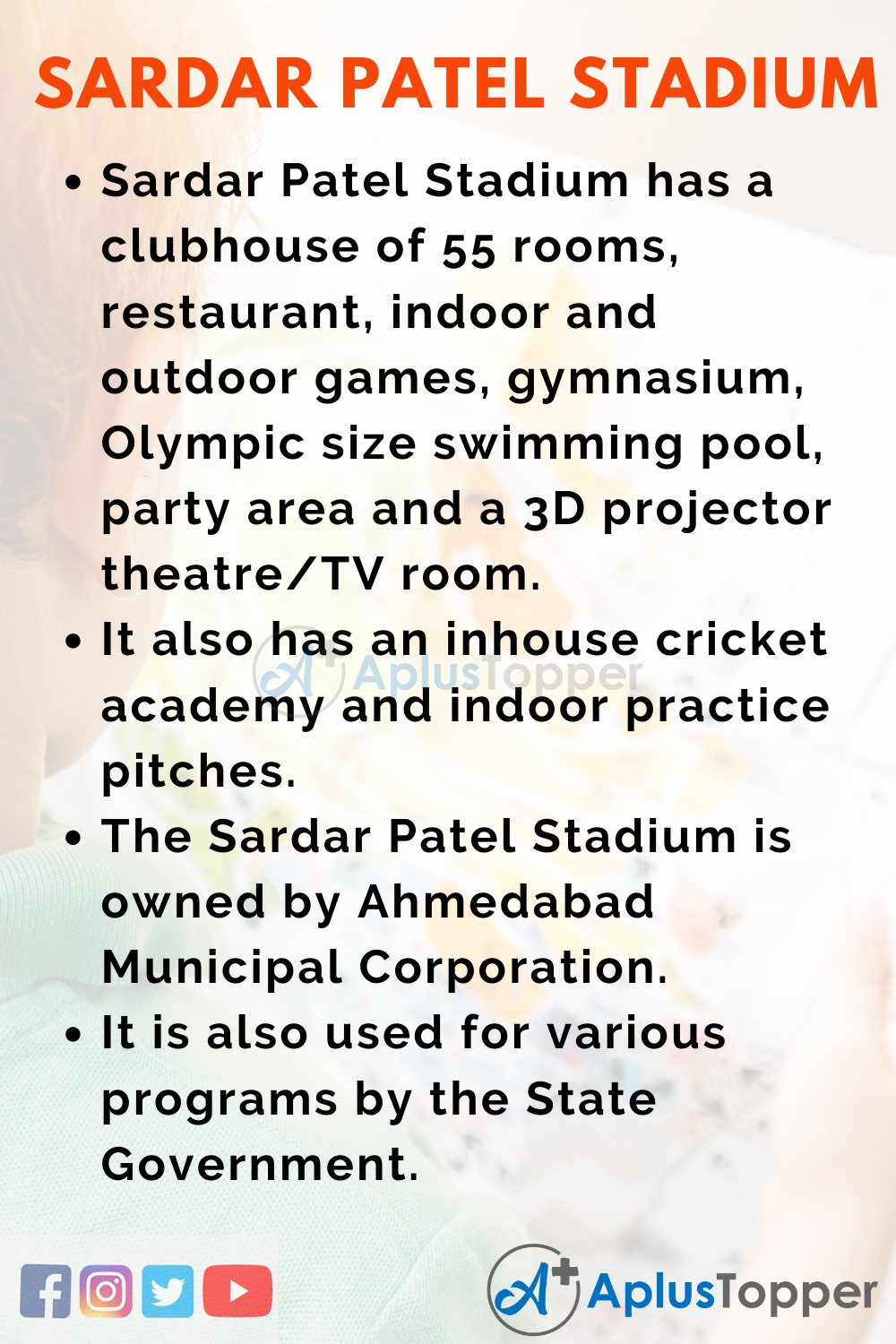 Answer:
Yes, the Sardar Patel Stadium is the first waterproof Stadium in India.

Question 2.
Who is the owner of Sardar Patel Stadium?

Question 3.
Which is the smallest Cricket Stadium in the world?

Answer:
The Carisbrook Stadium is the smallest cricket ground in the world, and it is located near Dunedin in New Zealand.