10 Lines on Sania Mirza: Sania Mirza is a name that is known by almost all households across India. She was the first woman to popularize women’s tennis in the country of India. Sania Mirza was only eighteen years old when she began her career in this. She is known for her tenacity and will to perform well in the tournaments that she takes part in. She is such an incredible player that she moved by 270 places on the world chart only 20 months into her career. She generated massive interest among television viewers in the early 2000’s regarding tennis. In this essay we will talk of some of the key points in her career and how she changed the world of tennis playing. 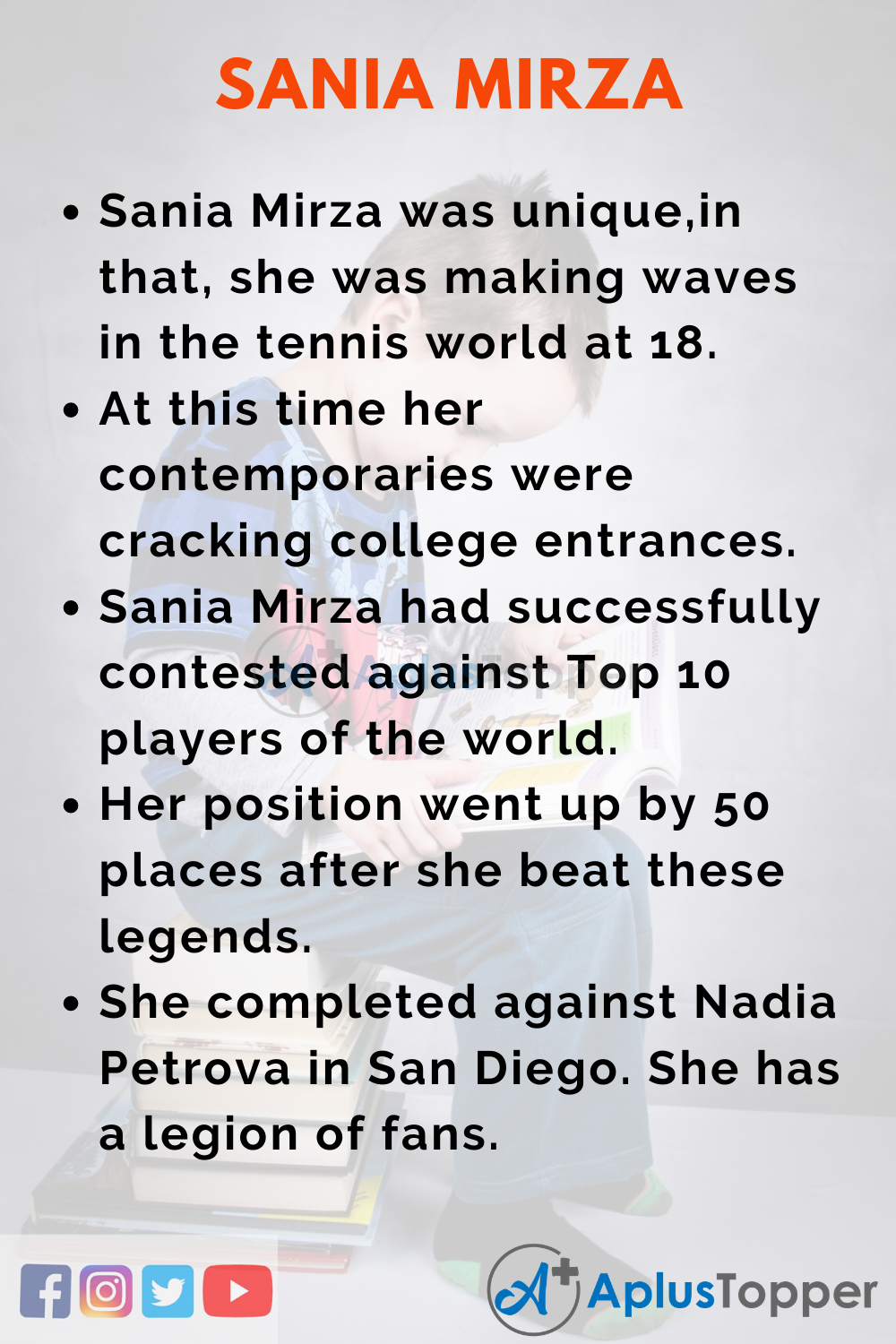 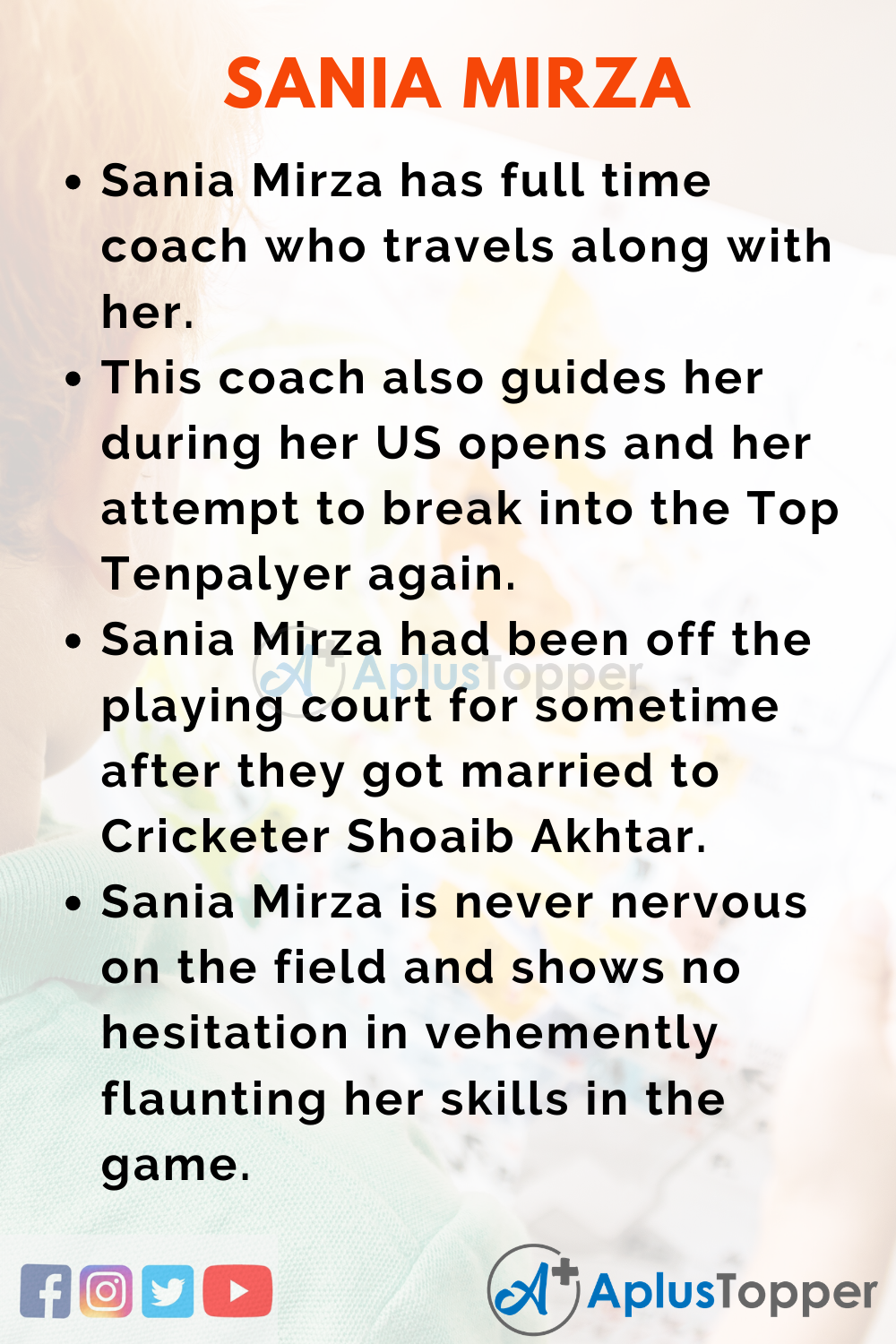 FAQ’s on 10 Lines on Sania Mirza

Question 1.
How many awards has Sania Mirza received?

Answer:
Sania Mirza has received several awards at the WTA. She has also won several awards of the National Level. These awards include the Padma Shri, The Rajiv Gandhi Khel Award and the Arjuna Award. The last two awards are for her excellence in these games.

Question 2.
Where was Sania Mirza born?

Answer:
Sania was born in India. She belongs to Mumbai, Maharashtra.

Question 3.
Was Sania Mirza brought up in the United States of America?

Answer:
Sania Mirza was brought up in the USA for the first six years of her life. The family later moved to India.

Answer:
Sania Mirza started playing tennis when she was young. She was guided by the father and her coach. Her father’s name is Imran Mirza. Sania is also exceptional at several other sports like swimming and cricket. She as trained under the watchful eye of several coaches. She went on to win 13 singles and ten titles in her career. Sania Mirza plans to continue with her career in the years to come.