10 Lines on Safety of Women in India: Women are considered as a goddess in our country and in spite of that position and respect given to her, the safety of women in India is always in question. This situation stems from the fact that there is huge gender parity in India between males and females and females are usually considered as someone who is confined to household work. This dangerous line of thinking can be traced back to the safety of women in the work environment as well as in domestic households. 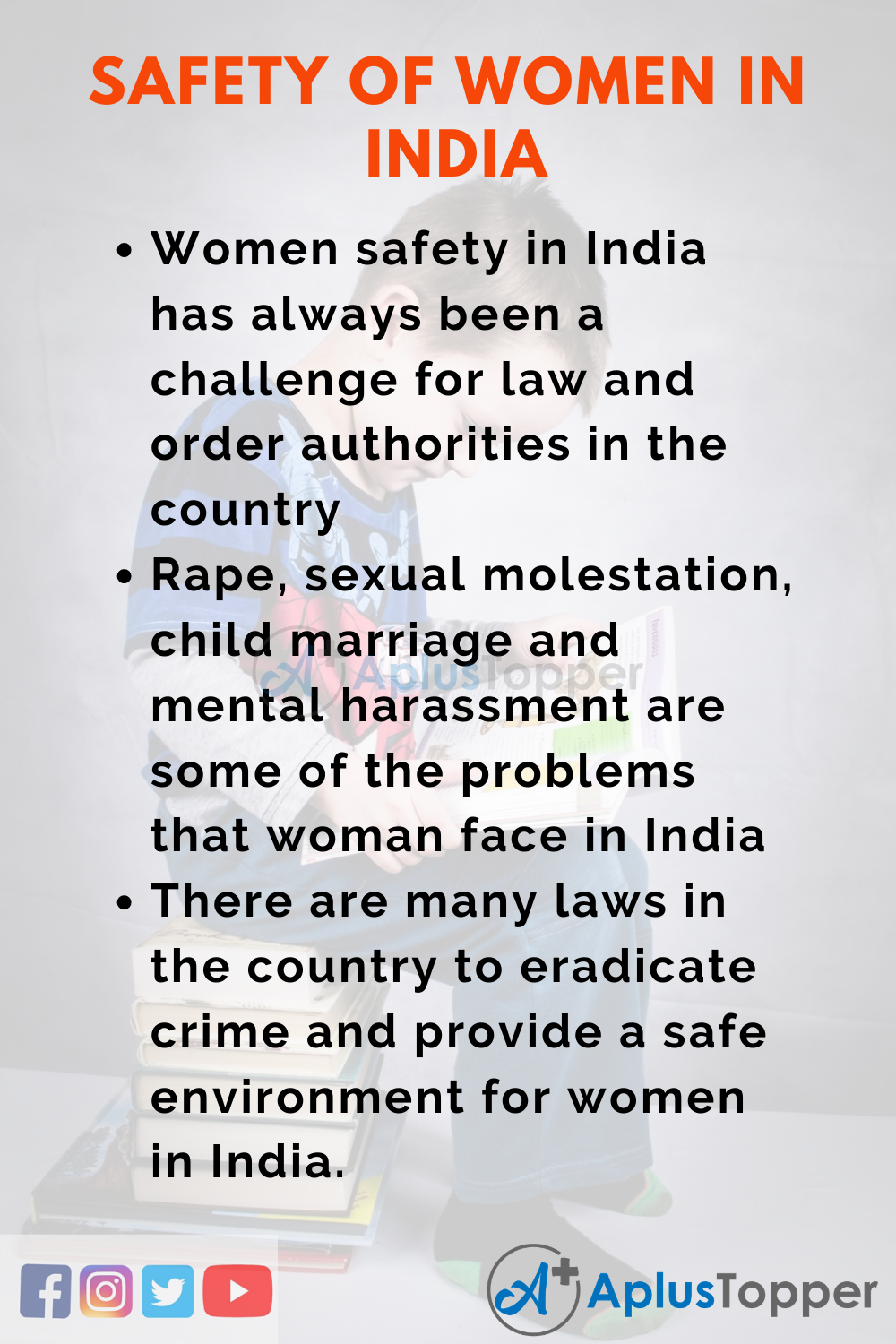 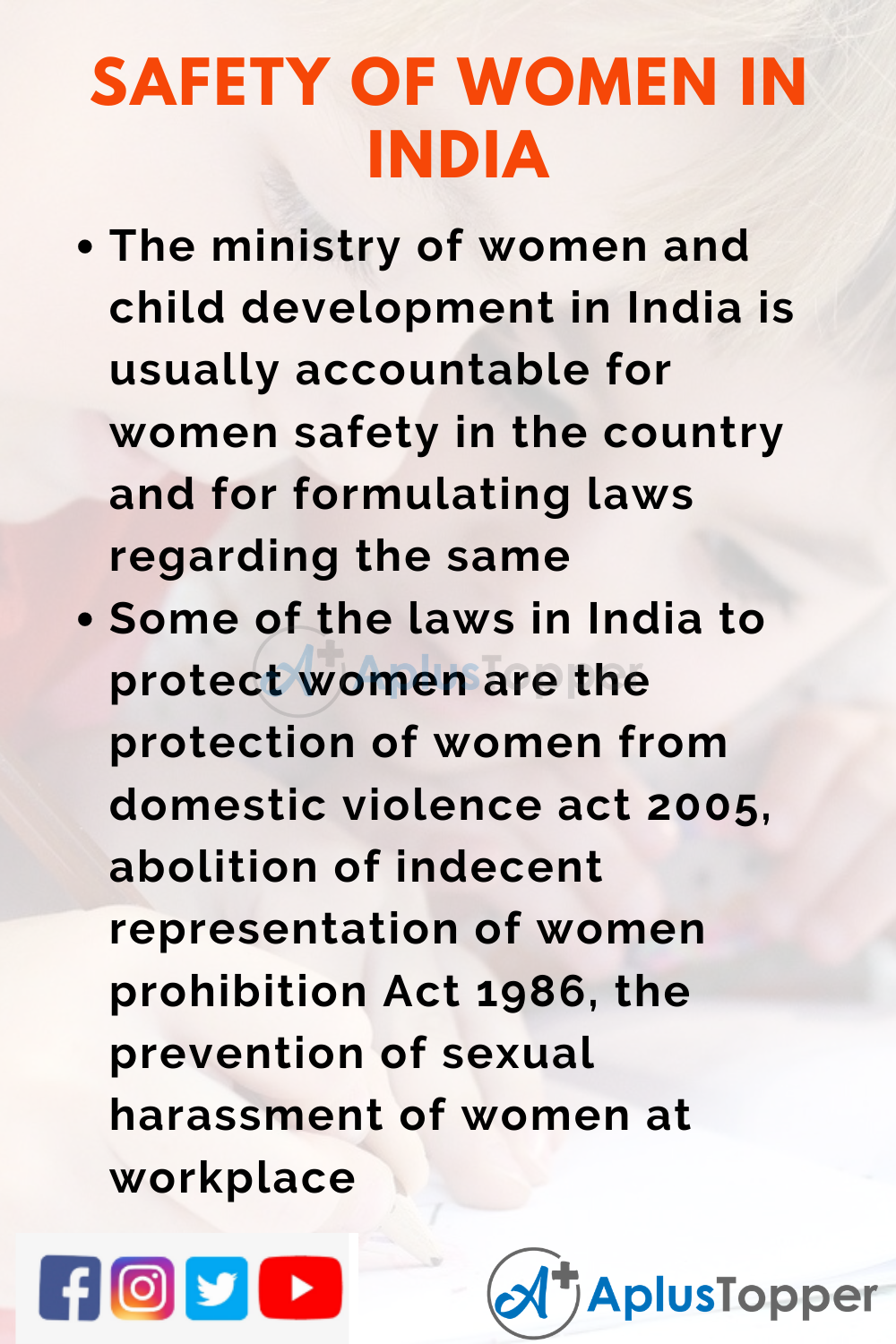 FAQ’s on 10 Lines on Safety of Women in India

Question 1.
Which is the most unsafe country for women?

Answer:
In the year 2018, India was considered as the most unsafe country in the world for women.

Question 2.
What are the problems that women face in India?

Question 3.
Why are rape cases in India far more than the rest of the world?

Answer:
Lack of proper implementation of laws by police, weak vigilance and unemployment rate among the youth are some of the factors for increasing rape cases in India

Answer:
The CEO of Flipkart, some of the big names in the entertainment industry and in the politics of India had resigned from their position and face legal action because of #metoo movement and hence we can say that the #metoo movement was successful in India