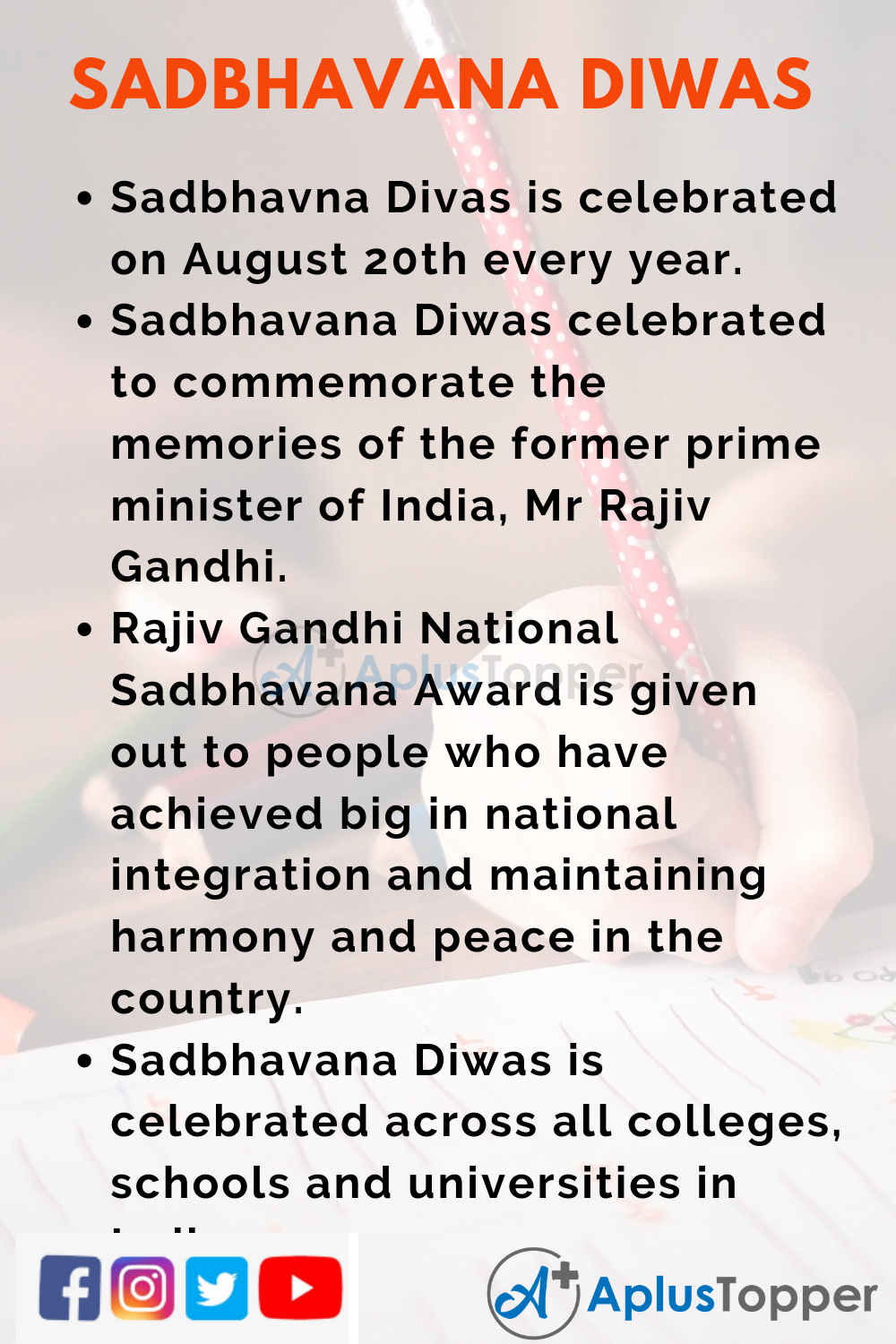 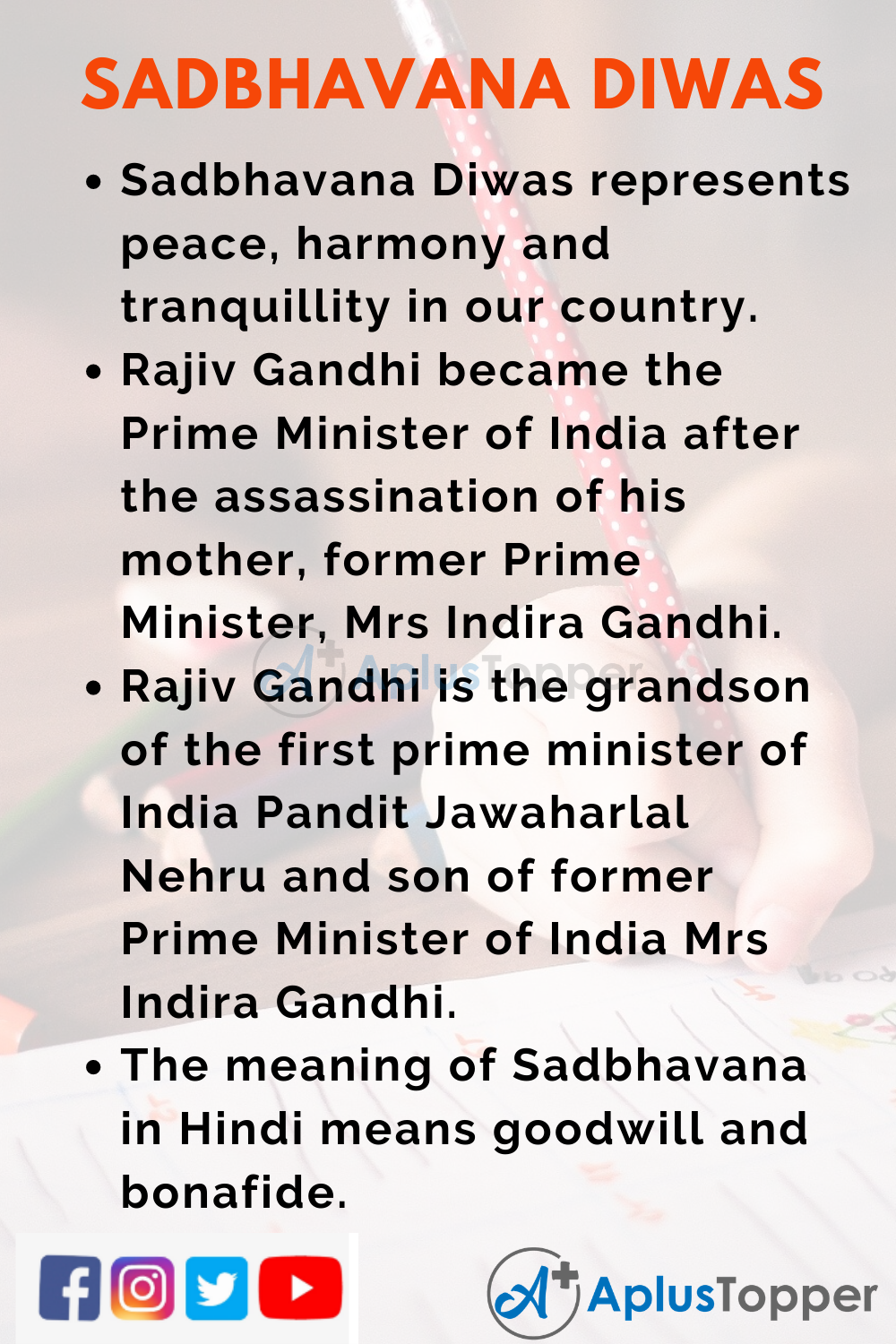 FAQ’s on 10 Lines on Sadbhavana Diwas

Question 1.
What is Sadbhavana Diwas?

Answer:
Sadbhavana Diwas is celebrated on the birth anniversary of former Prime Minister of India Rajiv Gandhi to commemorate his efforts in terms of India’s economic development and social and communal harmony in the country.

Answer:
Rajiv Gandhi National Sadbhavana Award is an award given to different people from different walks of life for their contribution toward maintaining peace, propagating integration and communal harmony in India

Question 3.
Why is Sadbhavana Diwas important in India?

Question 4.
What is Rajiv Gandhi’s contribution to India?

Answer:
During his tenure as the Prime Minister of India, Mr Rajiv Gandhi propagated peace and harmony in the country and enforced many laws in education and agricultural sector that has a positive impact on the country till date.