10 Lines on Road Safety Week: India is a country of 130 crores people. So, road accidents occur in a massive number in India. That’s why the government of India and its states have taken various methods and started several campaigns to reduce no. of road accidents to the least. The main motto of the road safety week is to make India an utterly accident-free zone.

The campaign goes for a week every year. This year, the road safety week took place from 11th January to 17th January. The initiative of making the sub-continent safer was taken in 2015. But even after five years, the purpose of the campaign has remained unfulfilled. 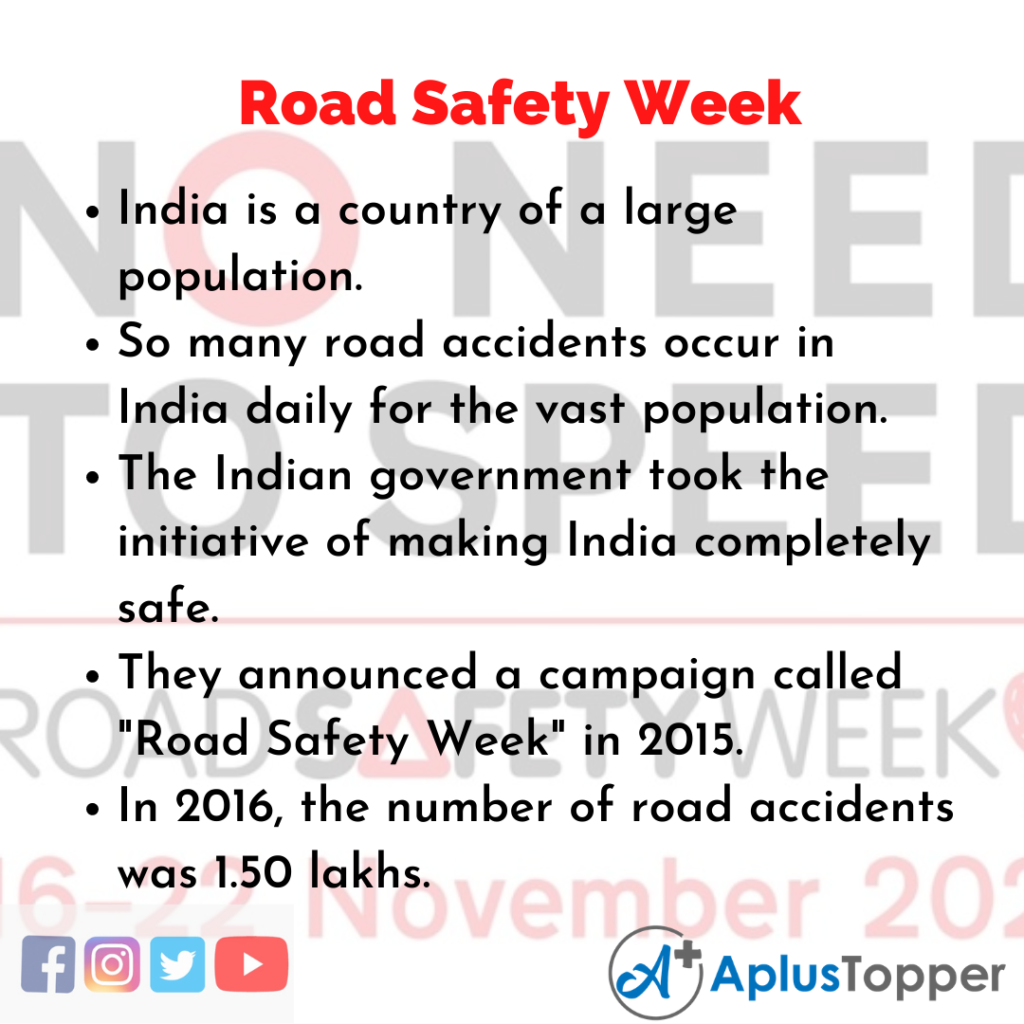 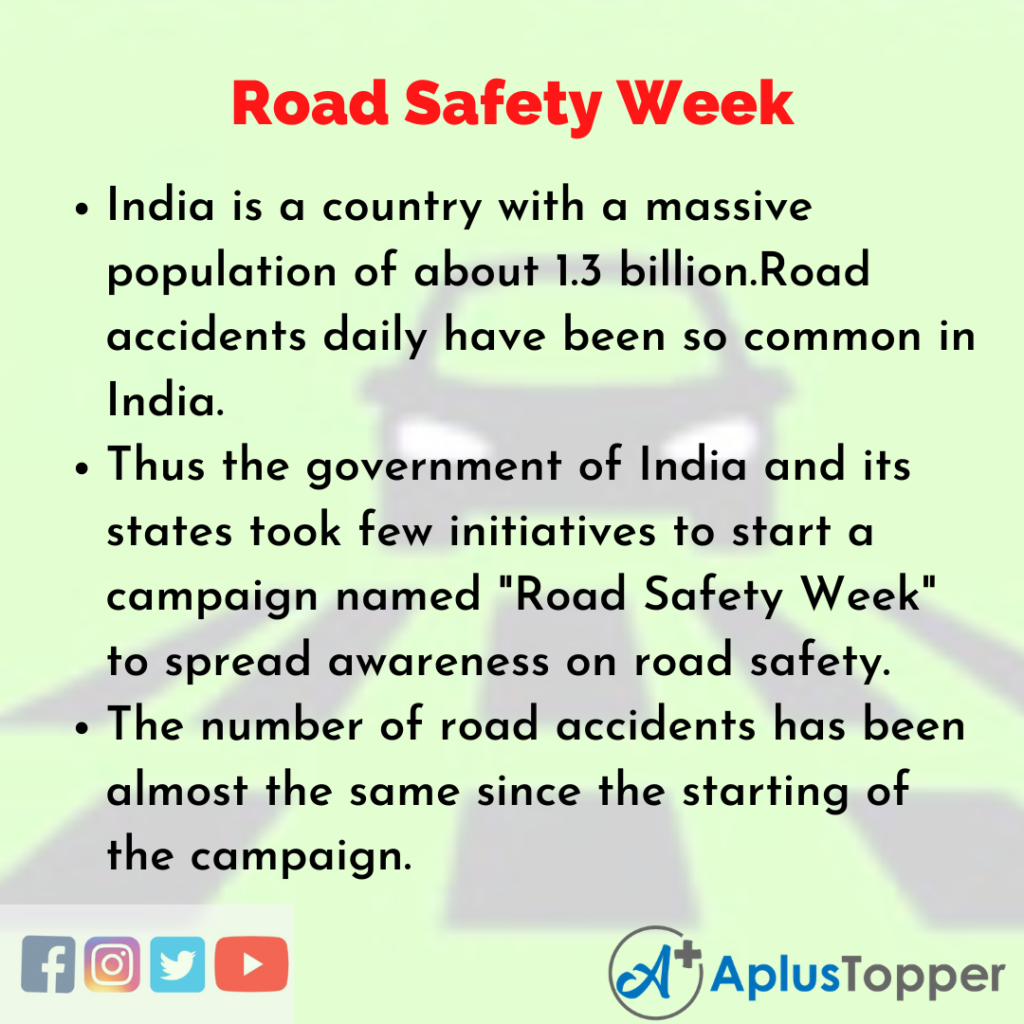 Question 1.
What happens during the road safety week?

Answer:
During the road safety week, the police forces and other departments related to the road safety reach out to the common people and talk about important precautionary measures to avoid road accidents, Acts of road safety by organizing several workshops, seminars, etc.

Question 2.
What is the Motor Vehicles Amendment Bill of 2019?

Answer:
The first Motor Vehicle Act was started in 1988. Later in 2019, an Amendment Bill was initiated. There were multiple recommendations of the Group of Transport Ministers of State. Based on those recommendations, the Amendment Act covered all the key points.

Question 3.
What are some general rules of road safety to be followed by everyone?

Answer:
All the people of India criticize the road safety of India, but we all know that accidents happen only when the people are careless. There are certain rules for road safety that people must follow to make the campaign successful. Everyone must wear a helmet, must follow the traffic signals. People must not drive without a license or with an expired license. They must park the vehicles in the parking zones only.

Question 4.
who publishes the records of road accidents?

Answer:
The Indian Ministry of Highways and Road Transport publishes all the records of accidents in India.