10 Lines on Road Rage: Deaths due to road accidents have been spiralling across India and aggressive behaviour which is shown by the drivers of both four-wheeler and 2 wheeler is increasing every day. While there are plenty of reasons for this phenomenon, one of the biggest reason is lack of proper logistical infrastructure in the country. Overcrowded cities like Bangalore, Mumbai or Delhi is putting enormous pressure on the resources of the cities as well as on the mental health of people leading to such as aggressive behaviour which in turn leads to road rage. 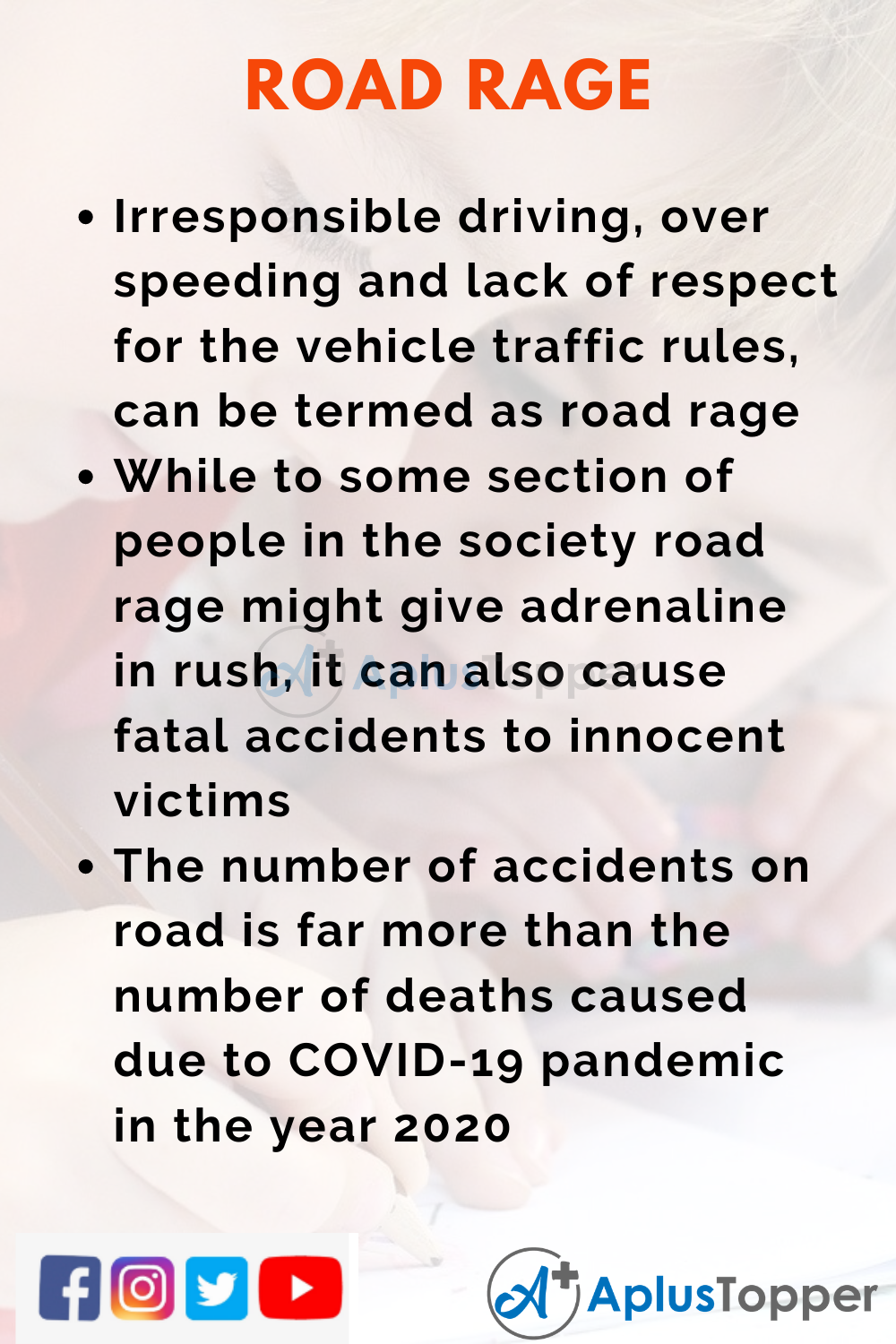 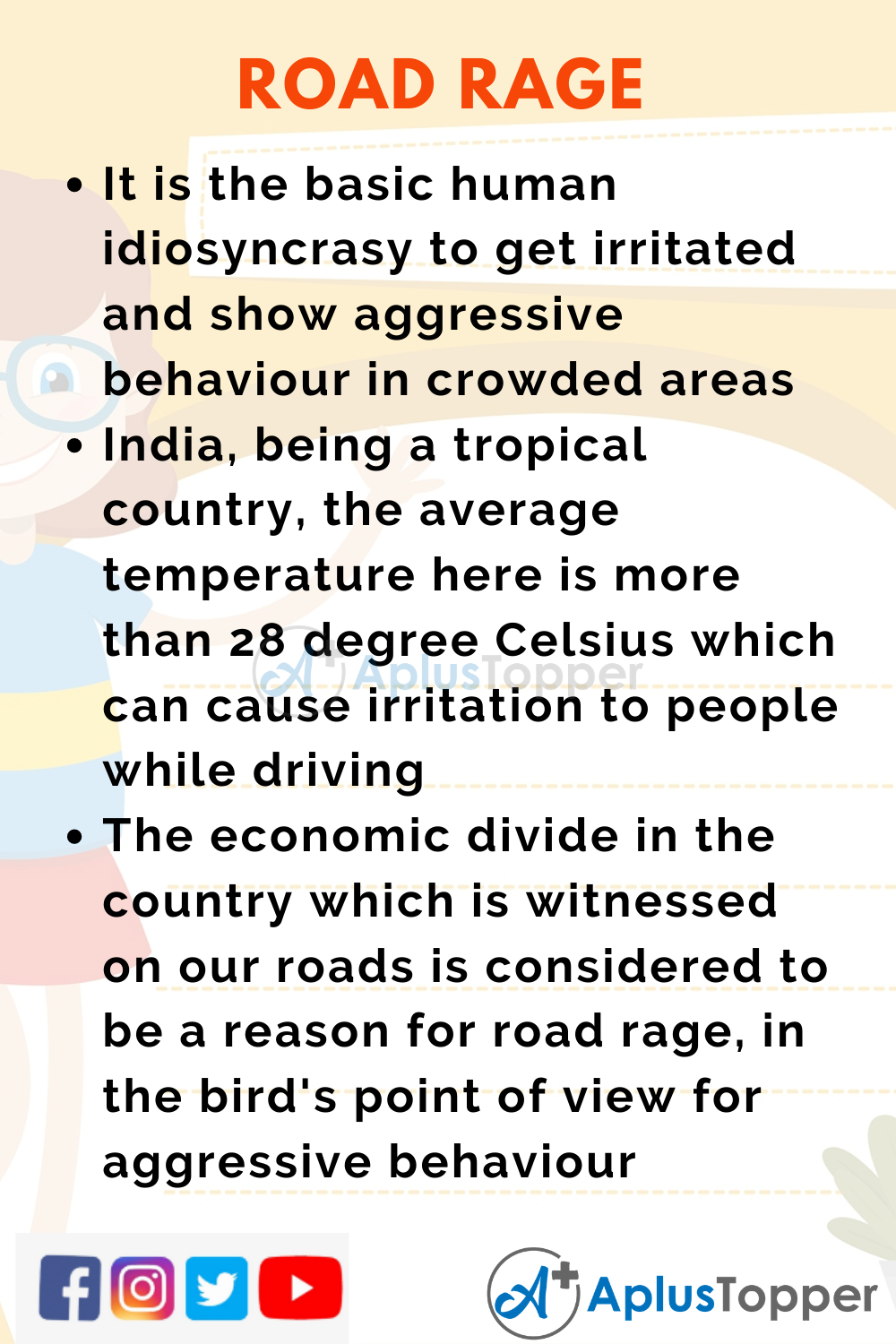 FAQ’s on 10 Lines on Road Rage

Question 1.
Why is aggressive behaviour witnessed on Indian roads?

Answer:
Irritation, overcrowded vehicular traffic and lack of proper infrastructure as some of the reasons why people get irritated and show aggressive behaviour on Indian roads

Question 2.
How to prevent road rage in India?

Answer:
One of the effective ways to prevent an accident due to road rage in India is to levy hefty fines on people and conduct strict vigilance by the traffic police

Question 3.
Which city is known for its rash driving in the world?

Answer:
Miami in the United States of America and Tokyo in Japan are considered to be cities with worst vehicle traffic violations

Question 4.
What does road rage behaviour say about our society?

Answer:
From abroad point of you, road rage behaviour talks about lack of peace of mind and mental health in a society and this needs to be addressed with professional help