10 Lines on Rath Yatra: Rath Yatra is a major Hindu festival devoted to Lord Jagannath, an avatar of Lord Vishnu. This festival attracts millions of pilgrims and is celebrated at Puri in India, in June or July.

Rath Yatra is also known as the Chariot Festival and paves the way for those devotees who are restricted to enter the temples to see the deities. Rath Yatra symbolizes integration and equality.

It is believed that On Rath Yatra, Lord Jagannath along with his sister Subhadra and brother BalBhadra visit the Gundicha Devi’s temple or the ‘Mausi Ma’ temple on their chariots.

The entire Rath Yatra ceremony is a 12-day long process that includes many rituals. We have provided ten lines on Rath Yatra in English, to aid you in paragraph writings and essays on this topic as well to assist you during competitive exams and G.K. quizzes. 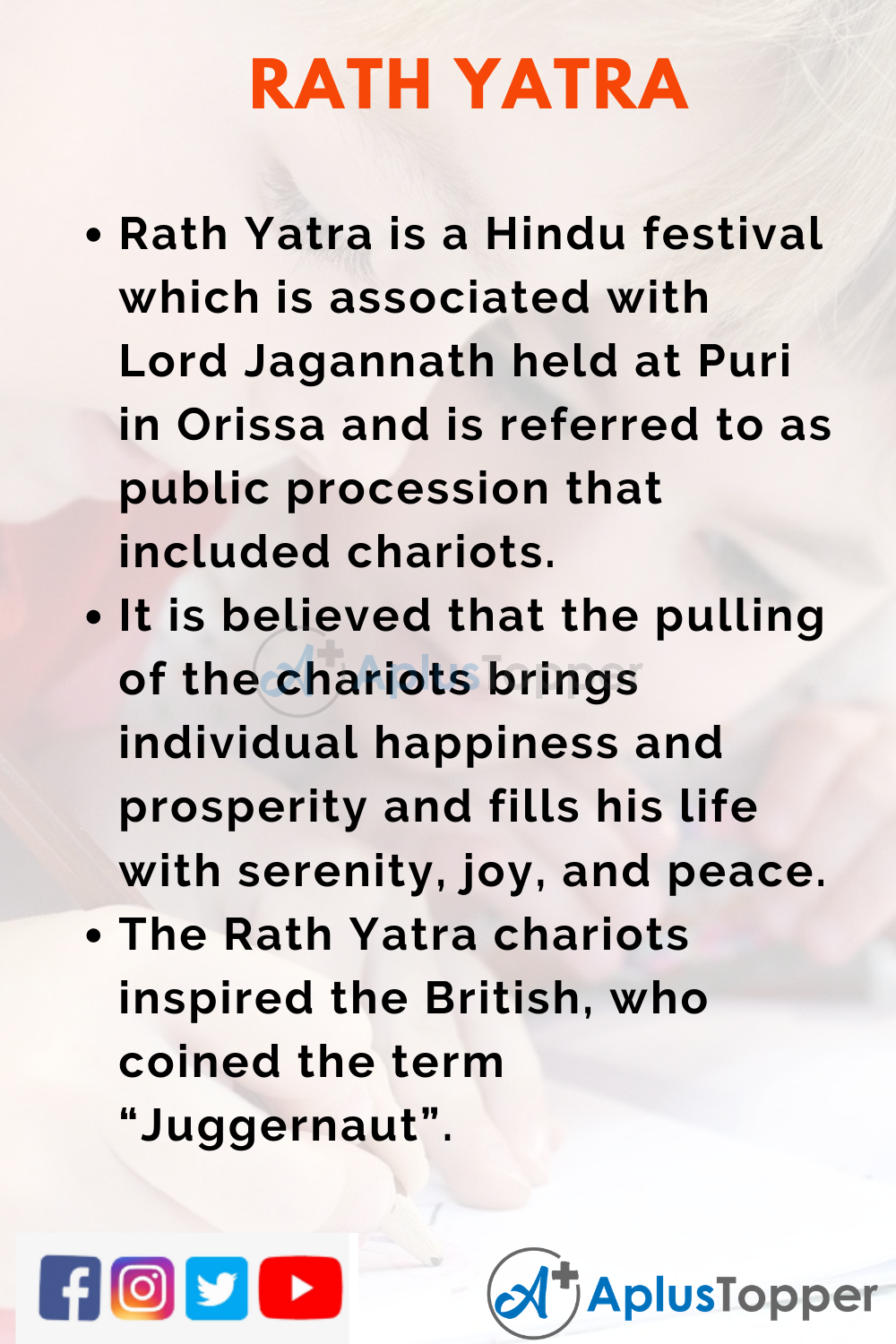 FAQ’s on 10 Lines on Rath Yatra

Question 1.
What is Rath Yatra?

Answer:
Rath Yatra is a major Hindu festival devoted to Lord Jagannath, an avatar of Lord Vishnu, which celebrated at Puri in India, in June or July.

Question 2.
When was Rath Yatra celebrated this year?

Answer:
The Rath Yatra was commemorated on the 23rd of July.

Question 3.
What does Rath Yatra symbolize?

Question 4.
Who are the principal deities of this Festival?