10 Lines on Rainbow: When we were kids we all use to wonder the magical 7 colours that used to appear in the sky after rain. Most of us as kids didn’t know the scientific phenomenon of the rainbow but many us believed in some kind of miracle and magic that is happening in the sky. While it surely is a miracle, rainbows do have a scientific explanation. 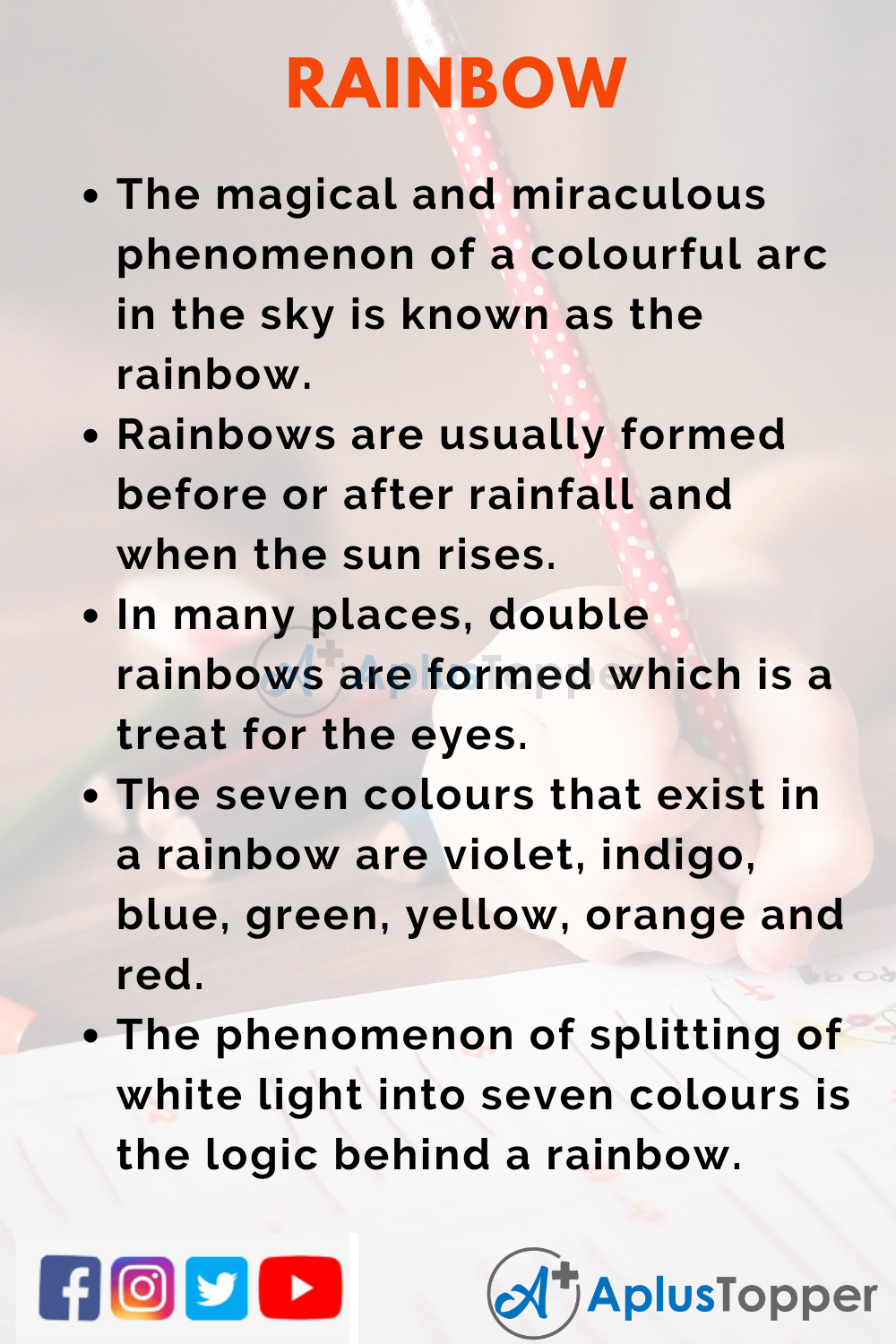 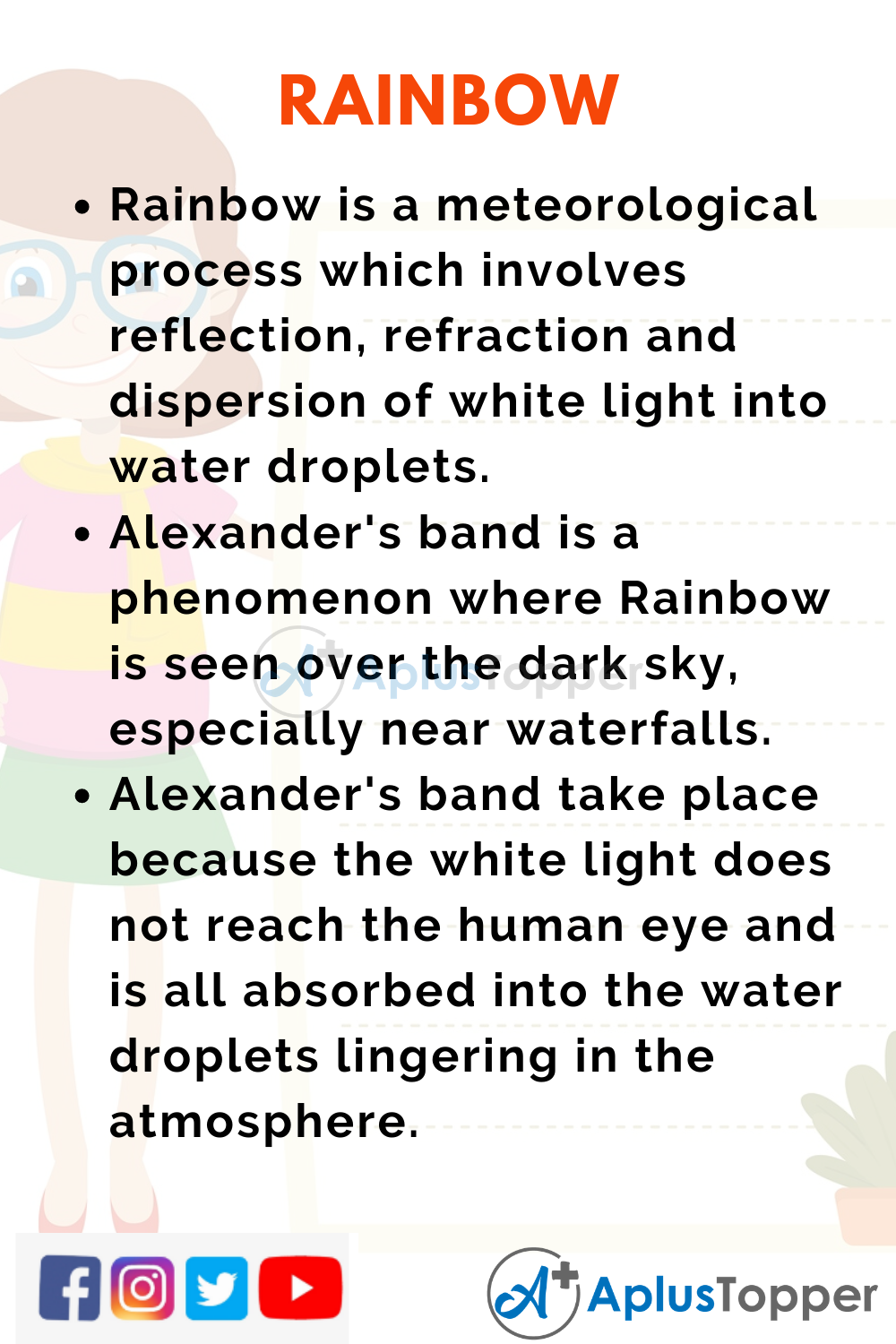 FAQ’s on 10 Lines on Rainbow

Question 1.
How are Rainbows is formed?

Answer:
Rainbows are formed when white light through the Sun or Moon disperses after it passes through water droplets in the atmosphere

Question 2.
What is the dispersion?

Answer:
Dispersion is a phenomenon in which white light splits into seven different colours after passing through a dense medium.

Question 3.
What is the full form of VIBGYOR?

Question 4.
What is a monochrome rainbow?

Answer:
The monochrome rainbow is a type of rainbow in which only red colour arc is seen in the atmosphere.