10 Lines on Rabbit: Rabbits are small mammals that are found in different parts of the world. These mammals are found in 16 different colours with long ears. There are about 50 different species of rabbits seen in the fields close to the forests.

Rabbits usually live in groups called a warren. There are always alert and starts running in a zig-zag pattern to escape from its predators. They live in burrows inside the grounds and come out during the daytime to jump around or graze the food.

Rabbits are also taken in as a Domestic pet just like dogs and cats. Rabbits mainly feed in plants, leaves, and grass. The old cartoon times, where rabbits are shown to eat carrots, are false, and it causes health problems in them.

The below-mentioned ten lines on Rabbit in English provide you with vital information to formulate paragraph writings and essays on this topic as well as a guide for competitive exams and G.K. quizzes. 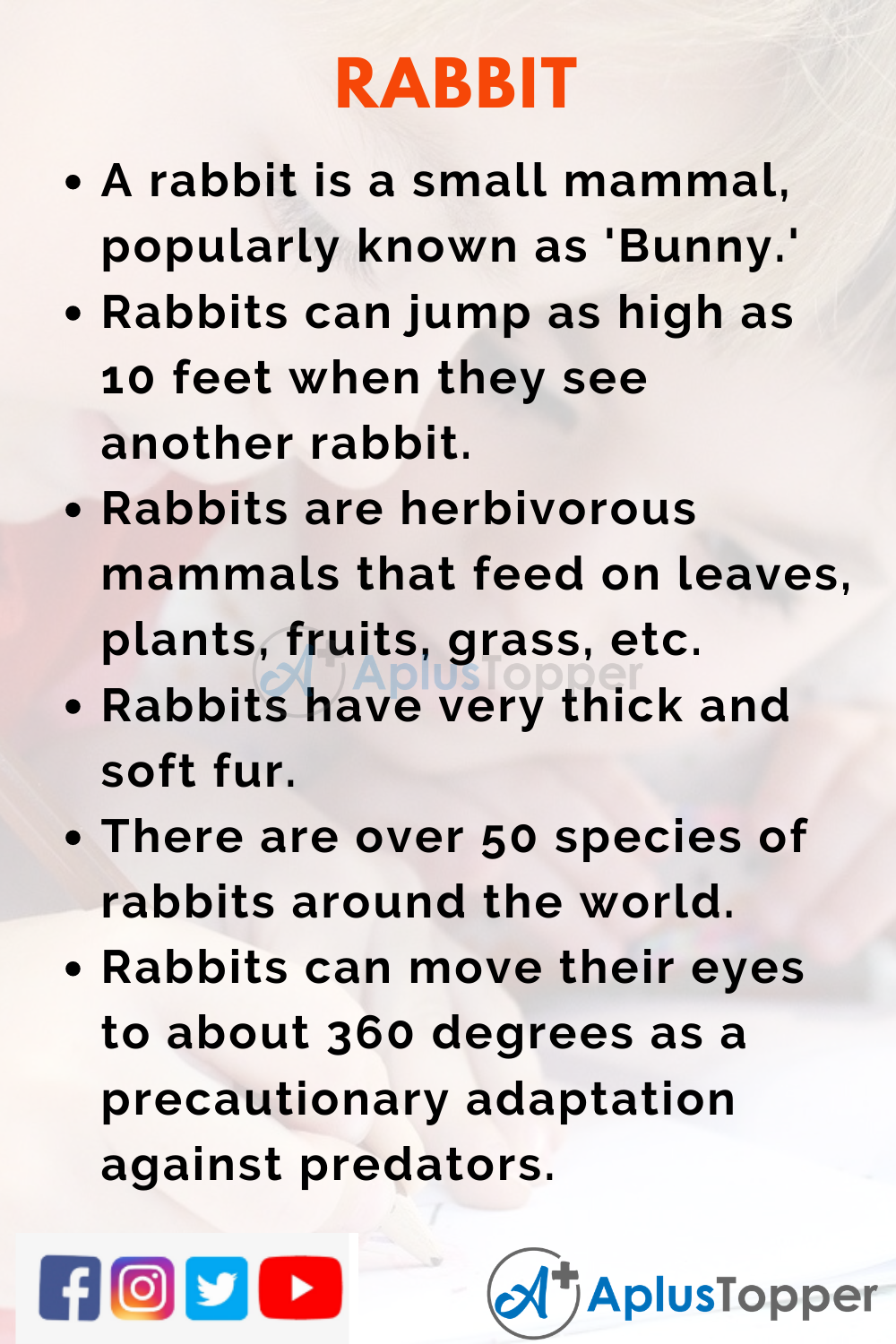 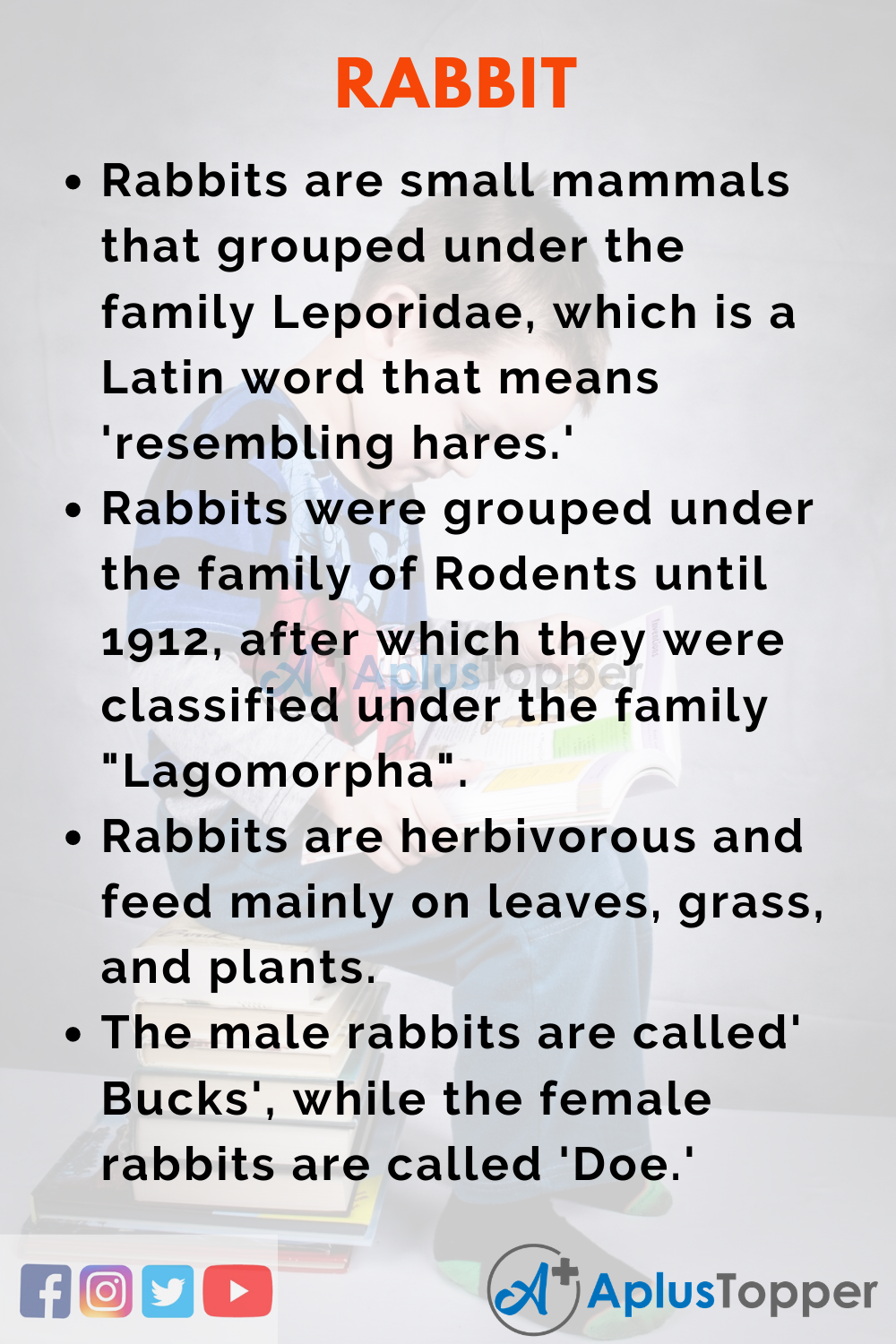 FAQ’s on 10 Lines on Rabbit

Answer:
Rabbits are herbivorous animals that like to eat leaves, fruits, veggies, plants, and grass. They do not eat meat.

Question 2.
What are the various names to distinguish rabbits?

Question 3.
What is the maximum age span of a rabbit?

Answer:
Wild rabbits live for about one to two years, while domesticated rabbits live around eight to 12 years if taken care of under optimal conditions.

Question 4.
How do rabbits protect themselves from predators?

Answer:
Rabbits are always alert and start running in a zig-zag pattern to escape from their predators. They sometimes freeze themselves when they sense danger. They live in underground burrows that protects them from predators.