10 Lines on P V Sindhu: P V Sindhu is a popular Indian Badminton player who represented India on an international level. Given her humble background and dedication towards the sport, she has been a source of inspiration to millions of kids around the country to pursue their ambitions of becoming a badminton player. Her entry into the international badminton arena has given the required impetus to the Indian Badminton fraternity.

In these 10 lines on PV Sindhu’s article, we shall be talking about her achievements and what she has contributed to Indian sports and what the future holds for PV Sindhu. 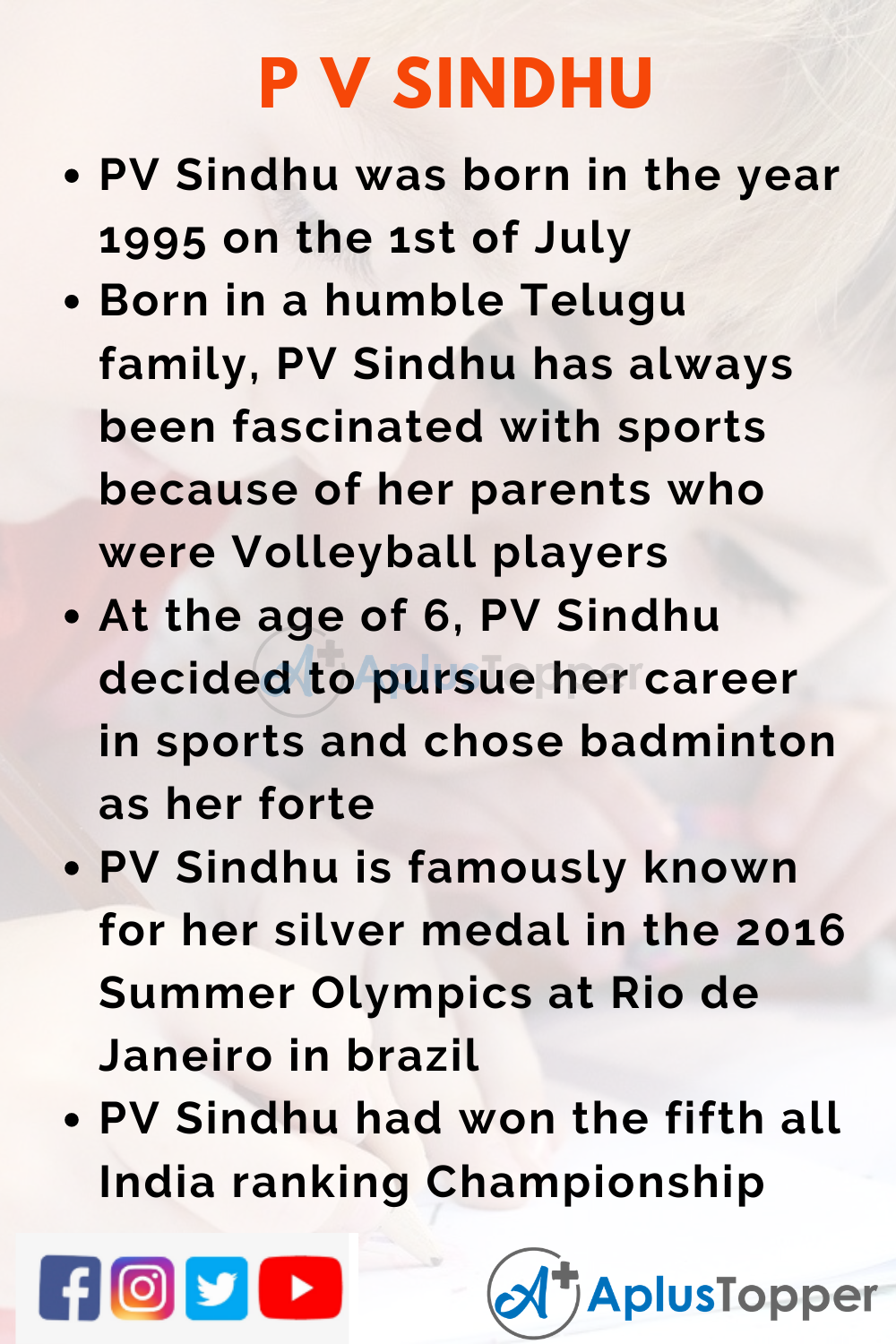 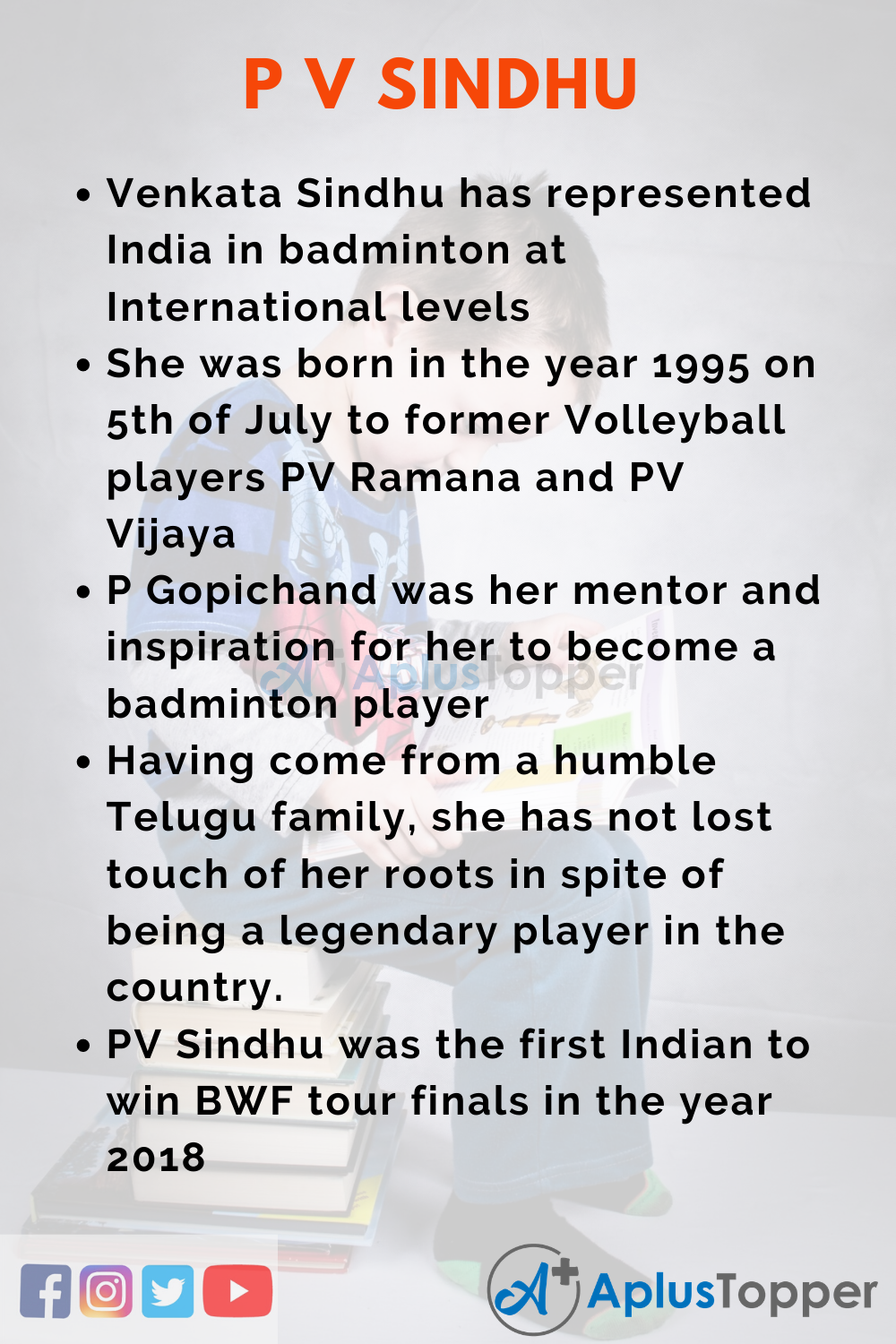 FAQ’S on 10 Lines on P V Sindhu in English

Question 1.
Who is PV Sindhu?

Answer:
PV Sindhu is an Indian Badminton player who was won medals for India many International competitions such as commonwealth ages and Olympics

Question 2.
What does the success of PV Sindhu represent?

Question 3.
Name a few female sports personalities who are an inspiration to people?

Answer:
Mary Kom, PV Sindhu, Saina Nehwal, Jwala Gutta and PT Usha are few women sporting personalities who are an inspiration to millions of people are the world

Question 4.
What is the biggest achievement of PV Sindhu?

Answer:
Winning a silver medal in Rio Olympics in the year 2016 can be counted as a jewel in the crown of PV Sindhu’s vast achievements