10 Lines on Parrot: Parrots are the beautiful birds belonging to the category of 390 species with a presence in tropical regions all over the world. The scientific name of the parrot is known as Psittaciformes. Parrots are one of the favorite pets for the people. As per the statistics, there are almost 15 million parrots. 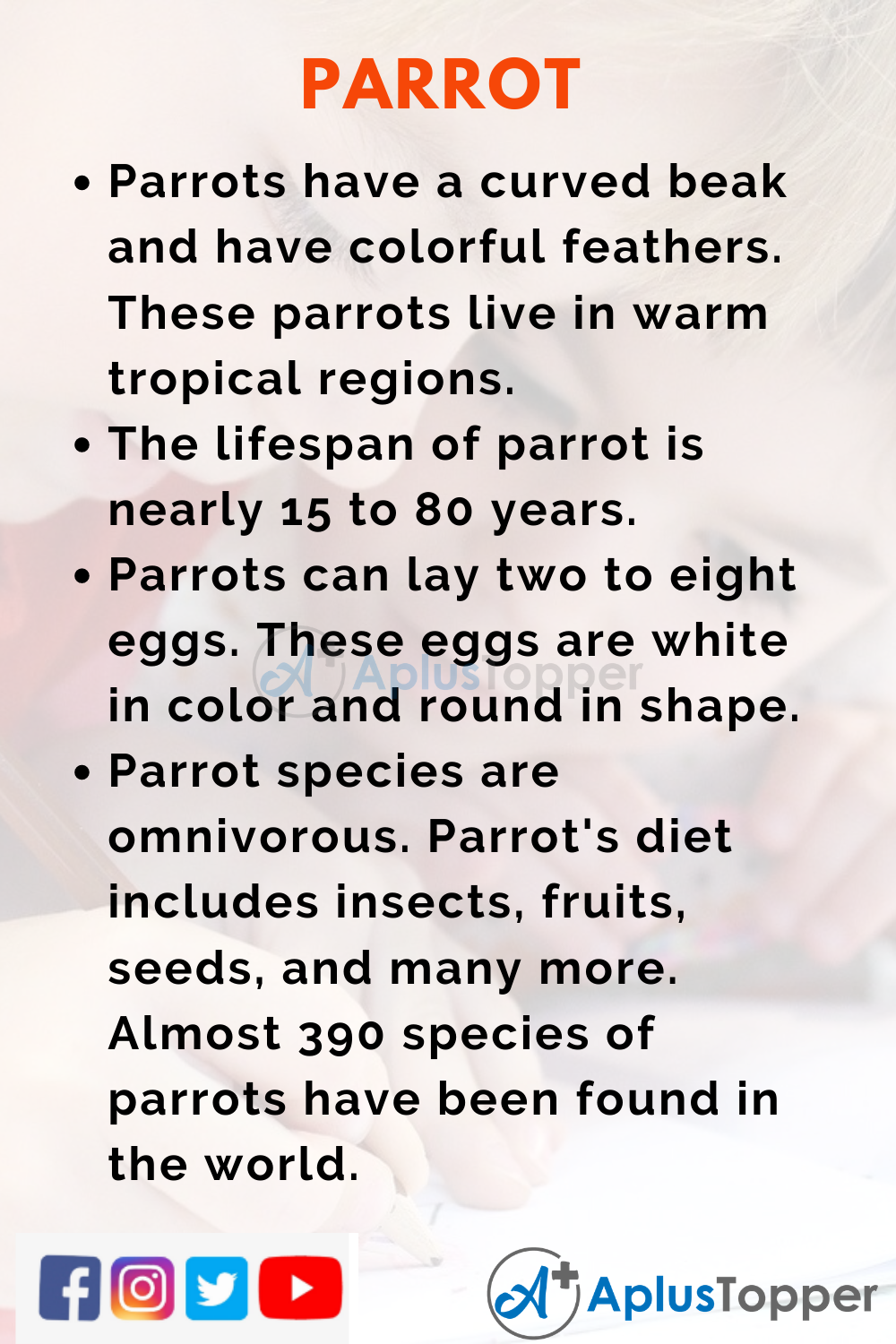 FAQ’s on 10 Lines on Parrot

Question 1.
What is the length of a parrot?

Answer:
Usually, the length of a parrot will be 9 to 100 cms

Question 2.
What is a group of parrots known?

Answer:
A group of parrots is known as the company, flock, or pandemonium.

Answer:
Parrots can eat eggs. Eggs are organic food. Thus, they are great for parrots. It is because eggs lack sugar and carbohydrates. Eggs are high in nutrients, which are beneficial to parrots.

Question 4.
What are the interesting facts about parrots

Answer:
Most of the parrot species live in tropical areas. They have a curved beak with strong feet. They are brightly colored and are attractive. Parrots are popularly known as the most intelligent bird species.

Question 5.
Do all the parrot’s talk?

Answer:
All parrots can talk. Parrots are one of the few birds that are considered as ‘vocal learners’. It means parrots can imitate everyone.