Set 4 is helpful for students of Competitive Exams. 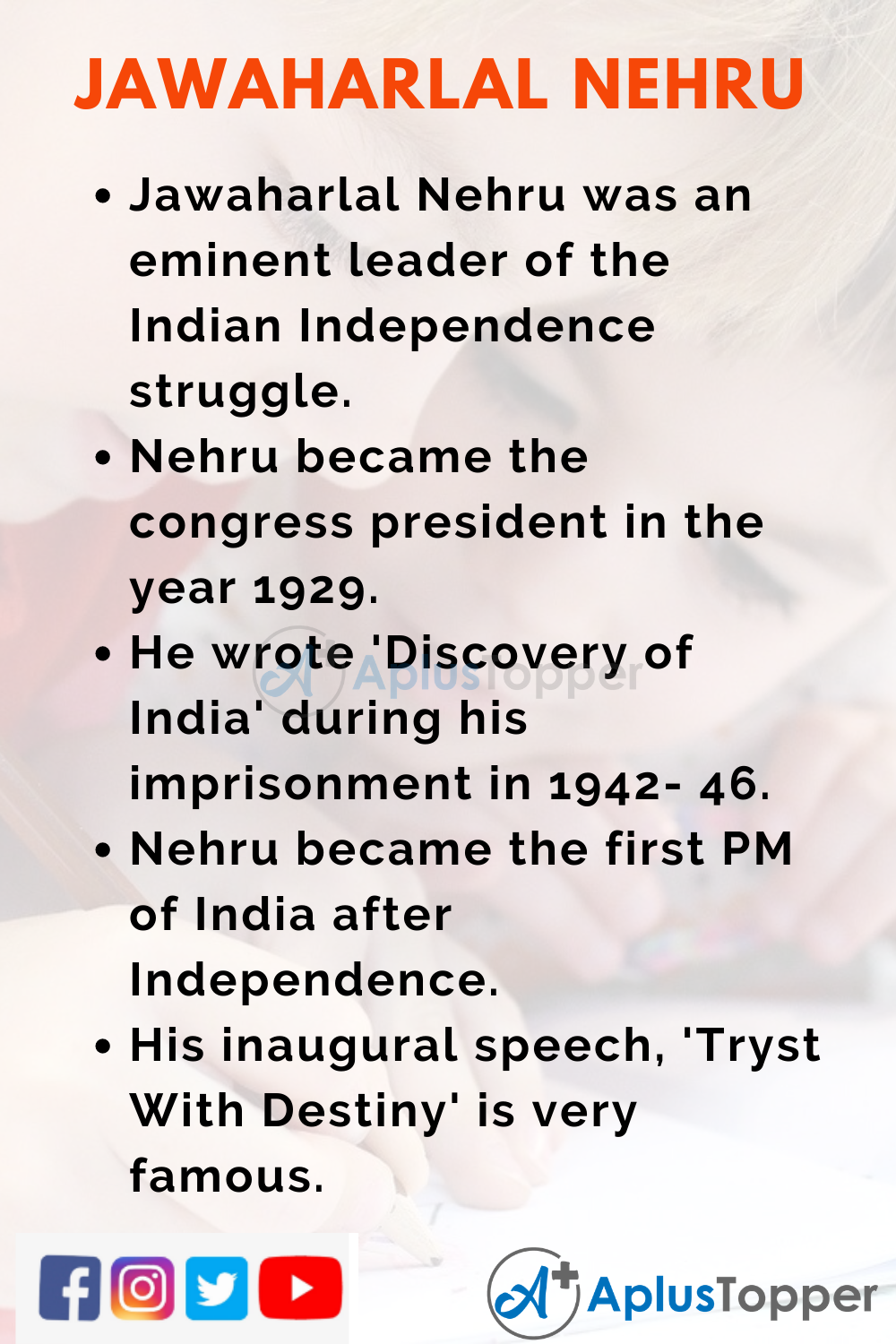 Question 1.
What is the speech of Jawaharlal Nehru that is famous?

Answer:
Nehru’s speech was ‘Tryst With Destiny’. He delivered his speech to the Indian Constituent Assembly in the Parliament on the eve of Indian Independence.

Question 2.
What is the cause of Nehru’s death?

Answer:
The cause of the death of Pandit Jawaharlal Nehru was a heart attack.

Question 3.
Who gave Chacha title to the Jawaharlal Nehru?

Answer:
It is believed that Mahatma Gandhi gave Chacha title to Nehru. Chacha means the younger brother of the father.

Question 4.
At what age did Nehru die?