10 Lines on Navy Day: India observes Navy Day on 4th December each year. The day is celebrated to highlight the great achievements of the Indian Navy. The Navy plays a vital role in maintaining peace at the maritime front, and thus this day showcases the Navy’s contribution as a token of gratitude and dignity.

The Indian Navy has four bases in Vizag, Kochi, Chennai and Mumbai. In addition to the four bases, there is also a naval base 100 km away from Goa in Karwar. Navy Day celebration begins from a few weeks before the actual date. It is celebrated nationwide and in various educational institutions. 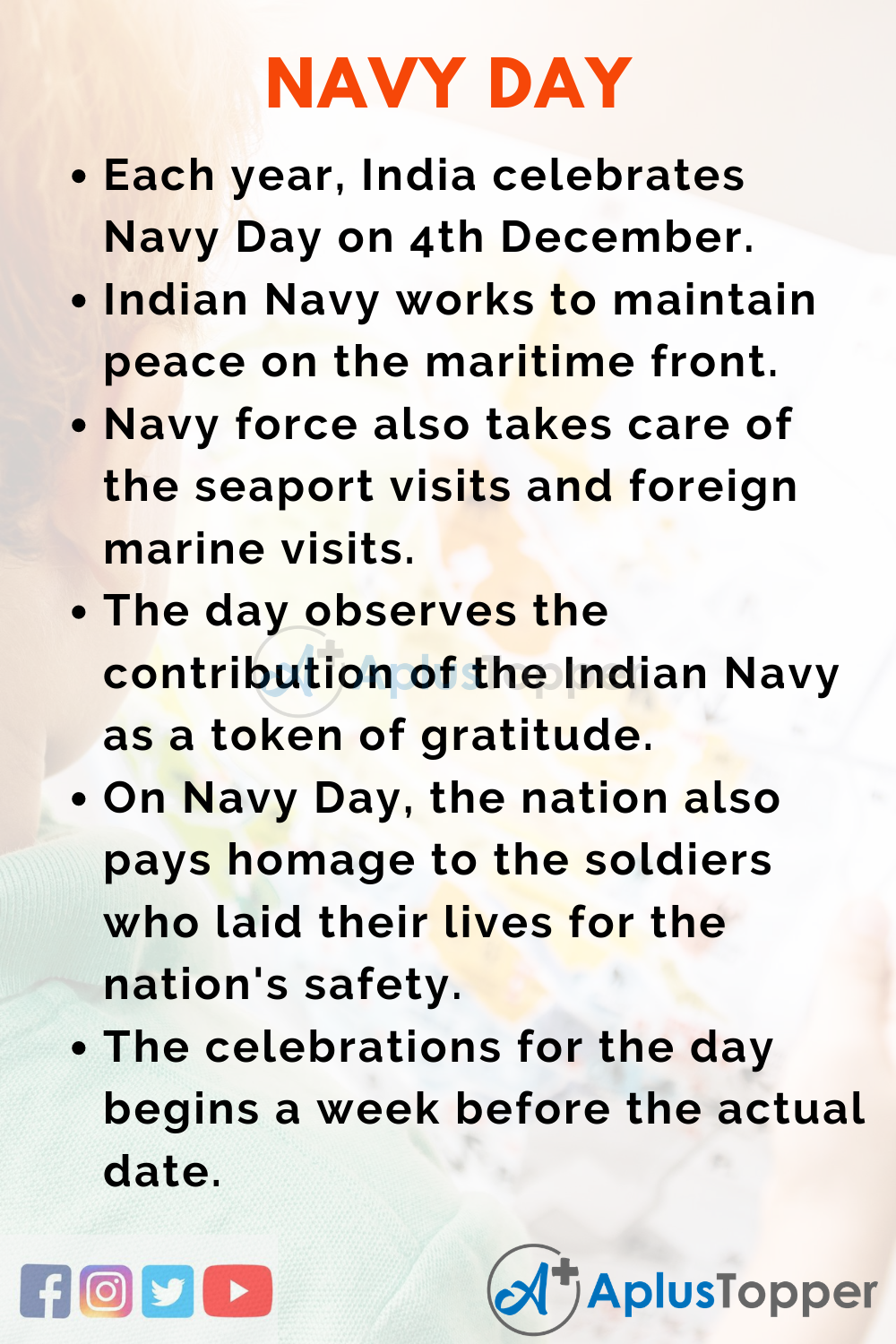 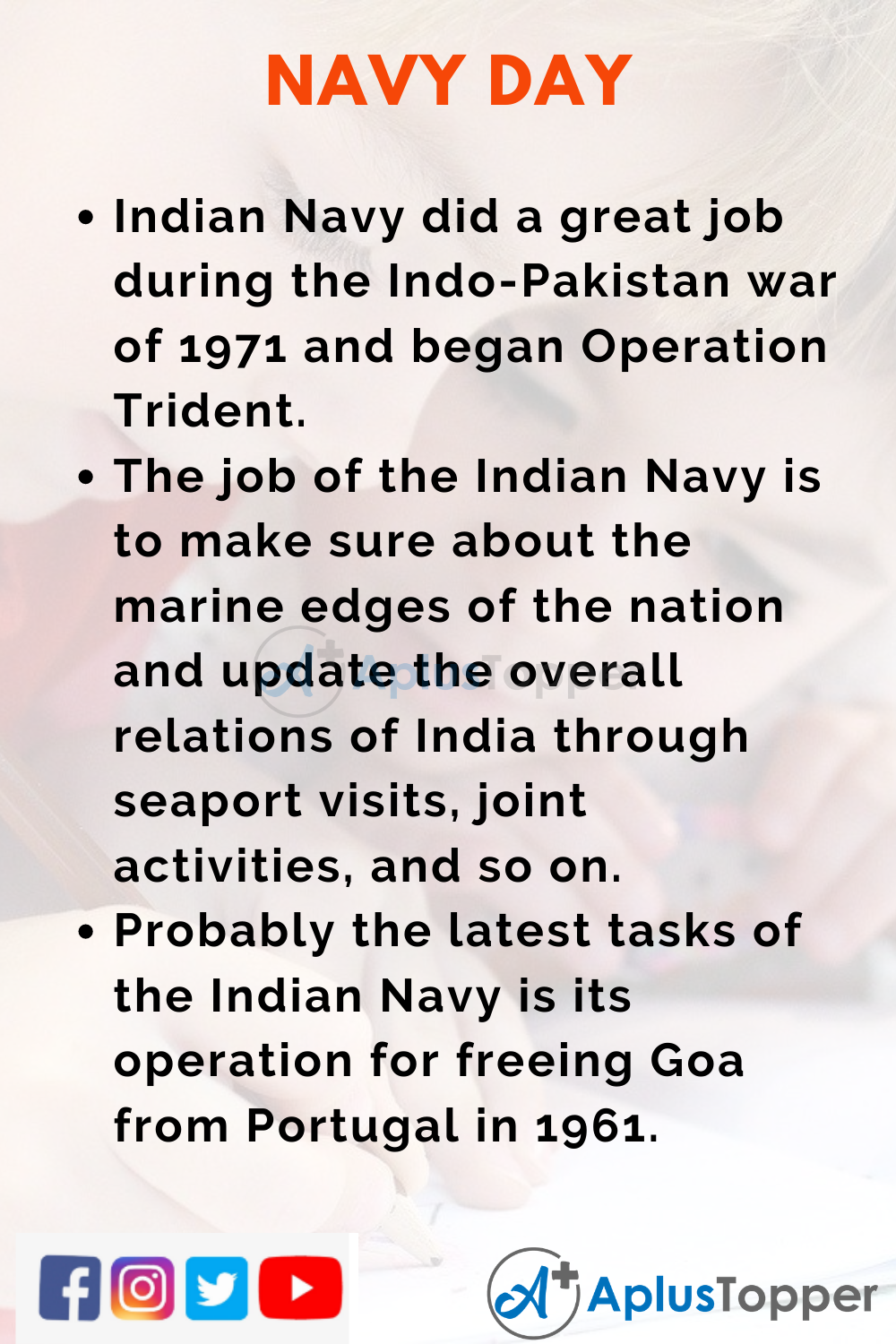 Question 1.
Who is the father of the Indian Navy?

Answer:
Chhatrapati Shivaji Bhosle, the Maratha emperor, is the ‘Father of the Indian Navy’.

Question 2.
What name is given to the soldiers in the Navy?

Question 3.
How many soldiers got hurt in the 1971 Operation by the Indian Navy?

Answer:
The theme of Navy Day 2019 was “Indian Navy – Silent, Strong and Swift.”