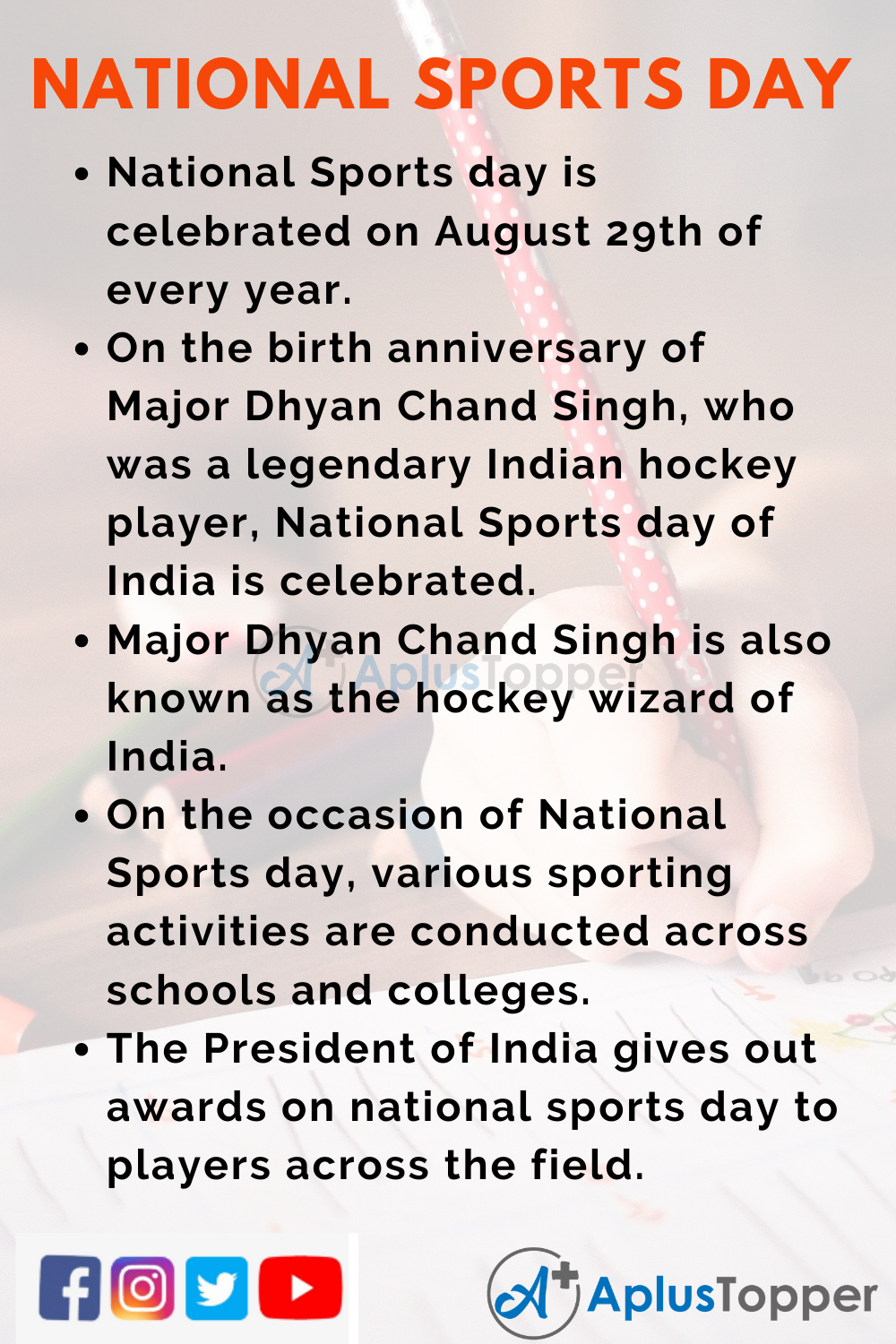 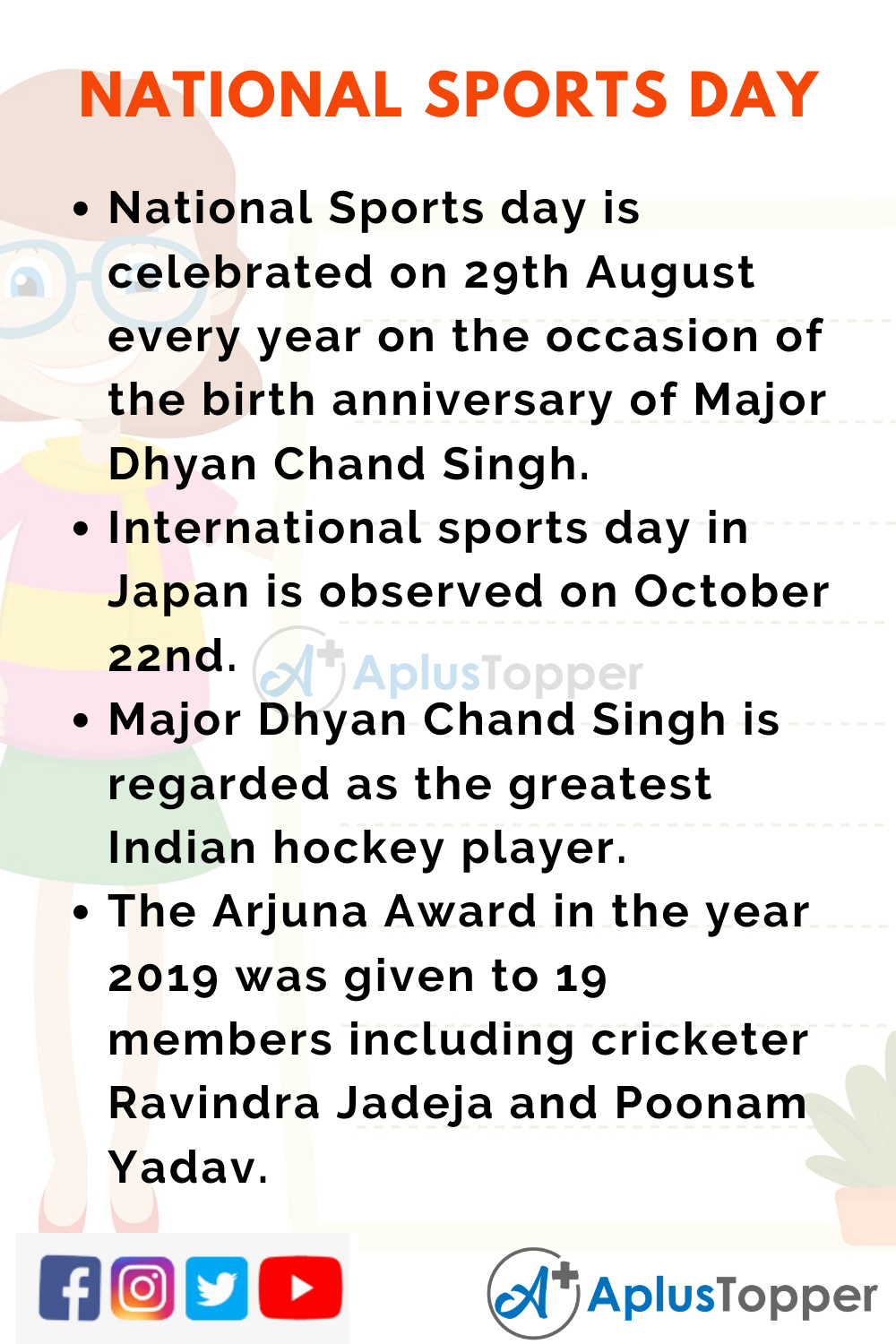 Question 1.
When is national sports day celebrated in India?

Answer:
National Sports day is celebrated on the 29th of August every year.

Question 2.
Why is sports important for India?

Answer:
India is a country with more than 135 crore population and there are many hidden talents in the country that might never come out. Hence, sporting legislations are extremely important for India to put India on the international map in the sports field and also to increase the sporting activities in the country that will give an economic push and increase employment opportunities in India.

Question 3.
Who is Major Dhyanchand Singh?

Answer:
Major Dhyanchand Singh is a legendary Indian hockey player who is also known as the wizard of Indian hockey, who has won 3 Olympic gold medals for India in hockey and also served Indian Army for a brief period of time.

Question 4.
How is national sports day celebrated in India?

Answer:
National Sports day is celebrated across schools, colleges and universities by conducting various sporting activities and also the President of India gives out various awards to players who have achieved in their own respective games.