10 Lines on National Science Day: On 28th February, we enjoy the enthusiasm of National Science Day to actually recognize the importance and understanding of Raman Effect in India by Indian physicist Sir CV Raman. It is one of the commendable science celebrations in India that is organized by the students of the universities as well as schools by showing different science ventures as national level science displays. The Ministry of Science gives an exceptional message on the event of National Science Day to the fellow students, researchers, specialists, and every individual of India. Different types of programs are held in the schools and colleges where different schools and colleges participate and showcase their talents in science fields. 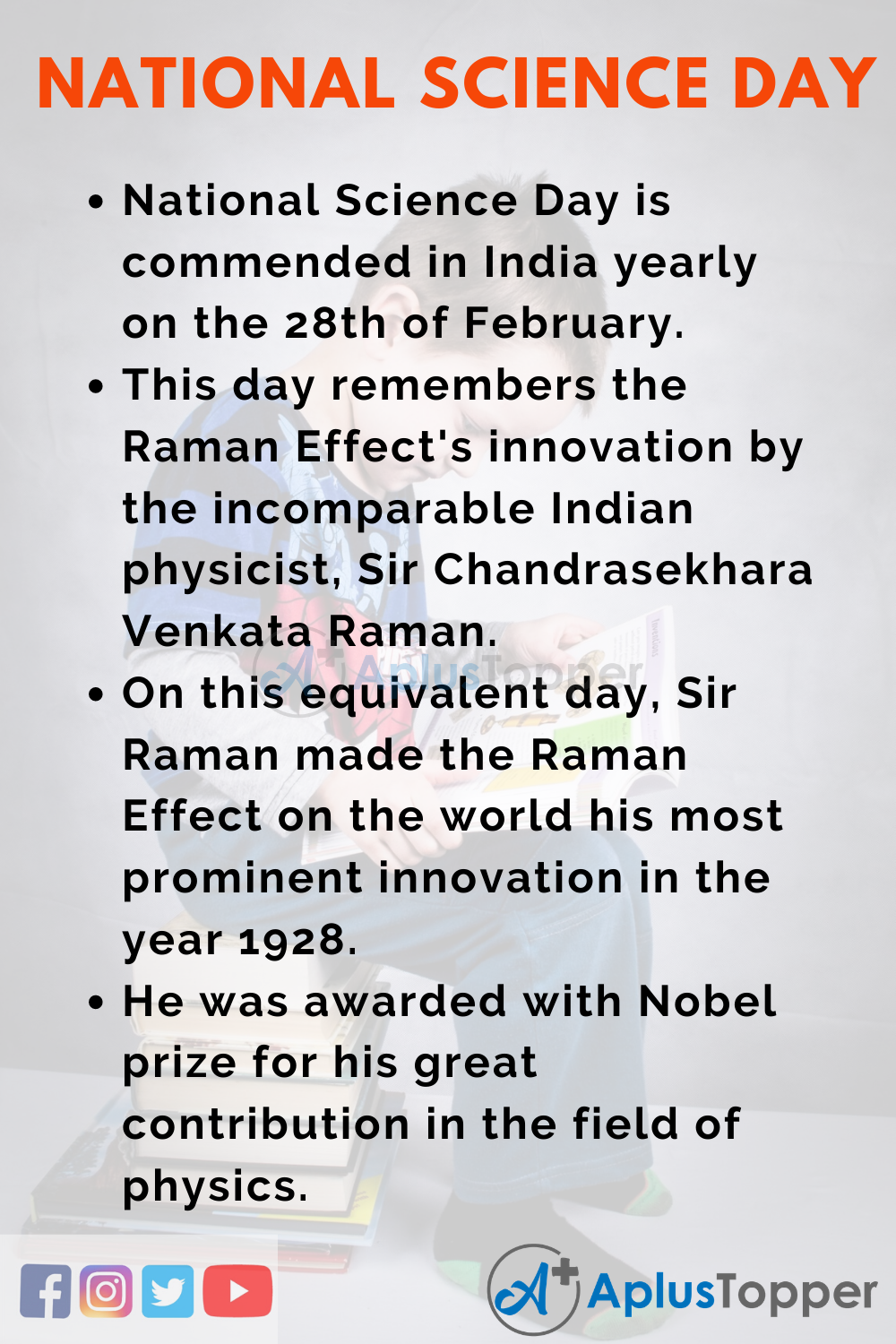 Answer:
The Indian government to respect Sir CV Raman and his discovery of the Raman effect, first declared the national science day.

Question 2.
Who was famous for being the father of the field of science?

Answer:
Galileo Galilei is known as the father of the field of science.

Question 3.
What is the reason behind the celebration of science day?

Answer:
We celebrate science day to promote science to each and everybody, explain its uses not only for particular purposes but also in our daily life, and encourage the youth of our country to participate more and more in science and remember Sir CV Raman for his invention.