10 Lines On National Pollution Control Day: The National Pollution control day is observed on the 2nd of December in the country of India. The objective behind the observance of this day is to become aware of the daily acts that have resulted in the surge of pollution so that we can try to reduce them.

The National Pollution Control Day is also observed in the memory of the people who lost their lives in the Bhopal gas calamity in 1984. Many innocent individuals lost their lives on the night of 2nd December in 1984, because of the MIC (Methyl Isocyanate) gas which is poisonous. The 1984 tragedy is one of the most horrific industrial pollution disasters. 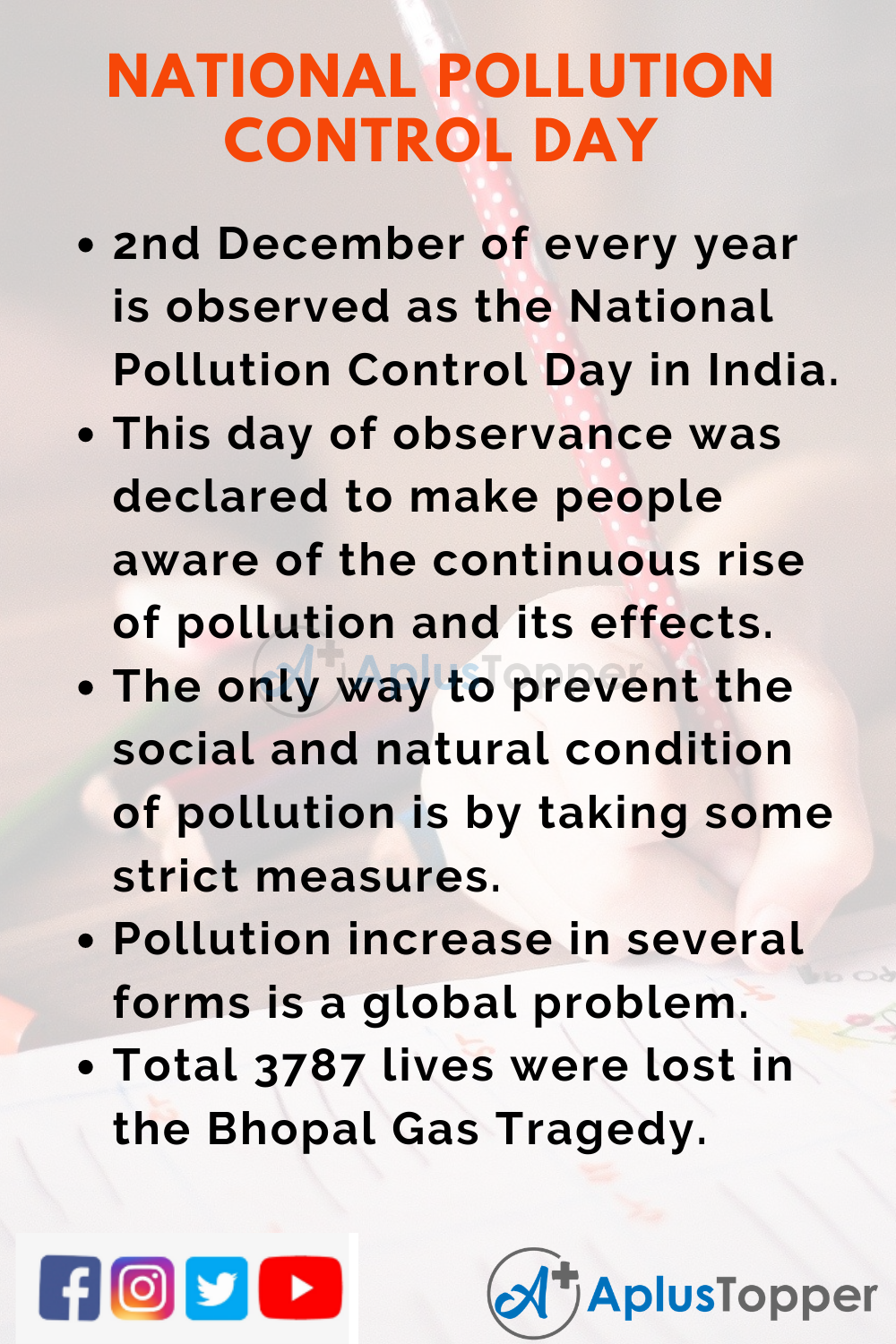 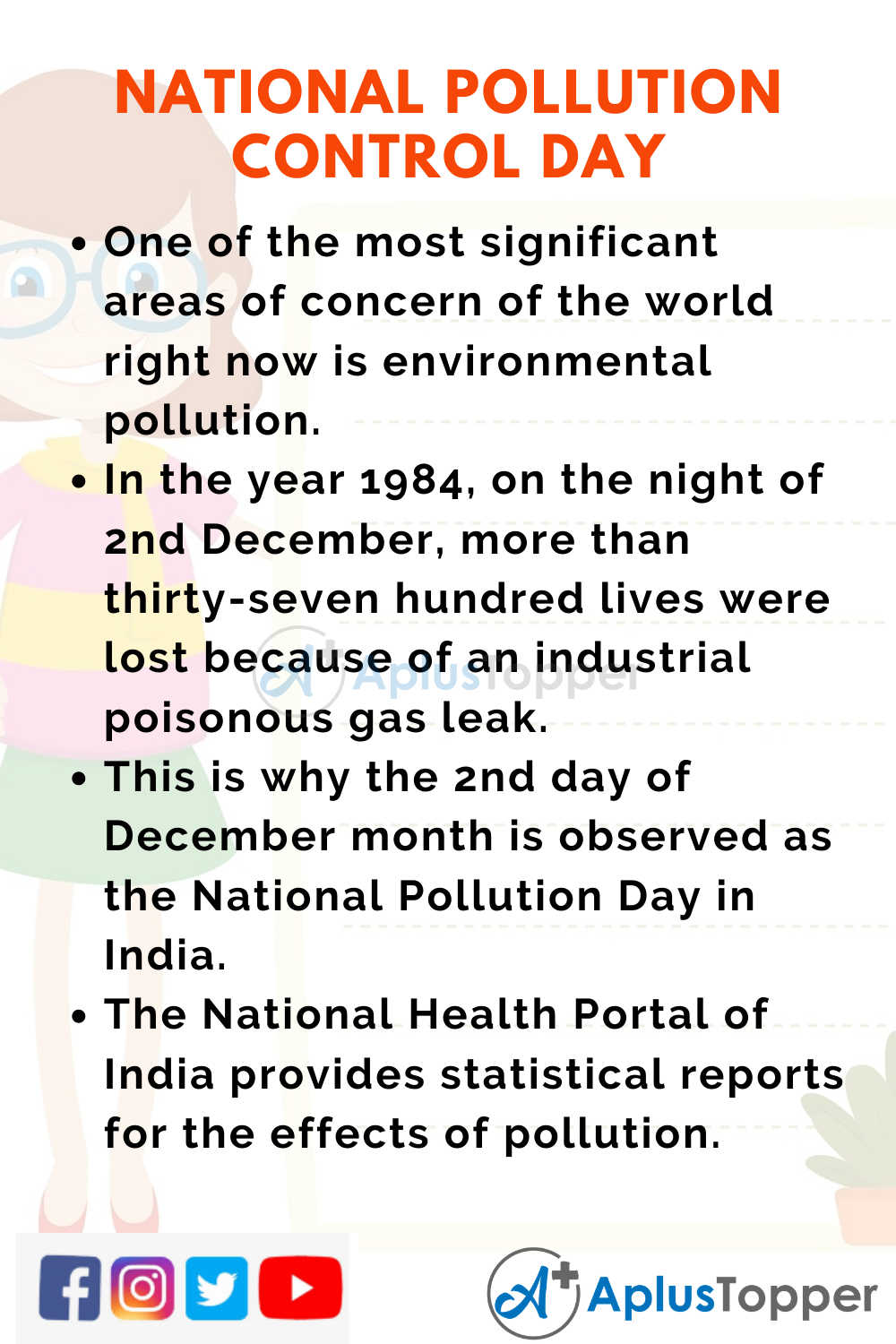 Question 1.
State the amount of waste produced by Indians per day.

Answer:
Approximately 150000 tons of solid waste is generated per day in India.

Question 2.
Name the most polluted city in India.

Answer:
Kanpur records the worst air quality in India. The city’s average level of PM 2.5 is seventeen times higher than the WHO regulated limit.

Question 3.
Name some of the significant causes of air pollution in India.

Answer:
The primary reasons behind the worsening conditions of air pollution in India is because of the pollution caused by vehicles, thermal power plants emissions, construction dust, waste burning, etc.

Question 4.
How much has pollution decreased in India?

Answer:
Due to the COVID-19 the Government had to declare national lockdown. The silver lining to this was the decrease of air pollution levels to which was last seen in 2006 in India.