10 Lines on National Integration Day: India is a unique country where there is unity in diversity and there is no such country in the world where people from such different walks of life with different cultural and religious backgrounds co-exist peacefully. National Integration Day plays a pivotal role in holding a country like India together so that the entire country prospers with unity and oneness. 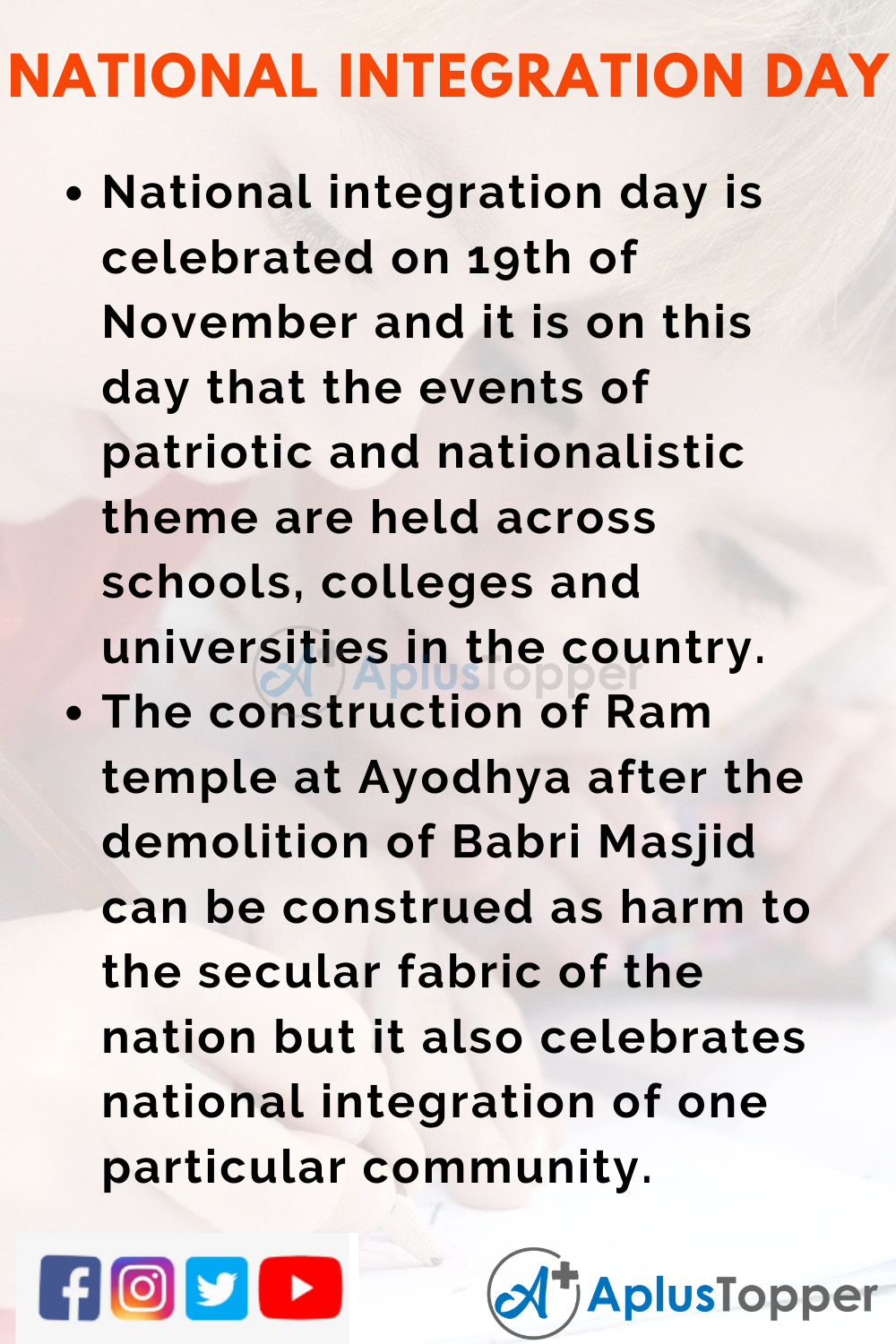 Question 2.
What is the significance of National Integration Day?

Answer:
The day aims to spread a sense of unity in India

Question 3.
Is India a united country?

Answer:
India, despite having people with different religions, is a united country

Question 4.
Who are the only women Prime Minister of India?

Answer:
Mrs. Indira Gandhi is the only women Prime Minister of India.