The citizen of India embraces the tricolor, which consists of three colors generally saffron, white, and green in the flag, to represent the genuine importance of patriotism, also helps in spreading the message of ‘unity in diversity’ among India’s citizens irrespective of their caste, religion, and gender. 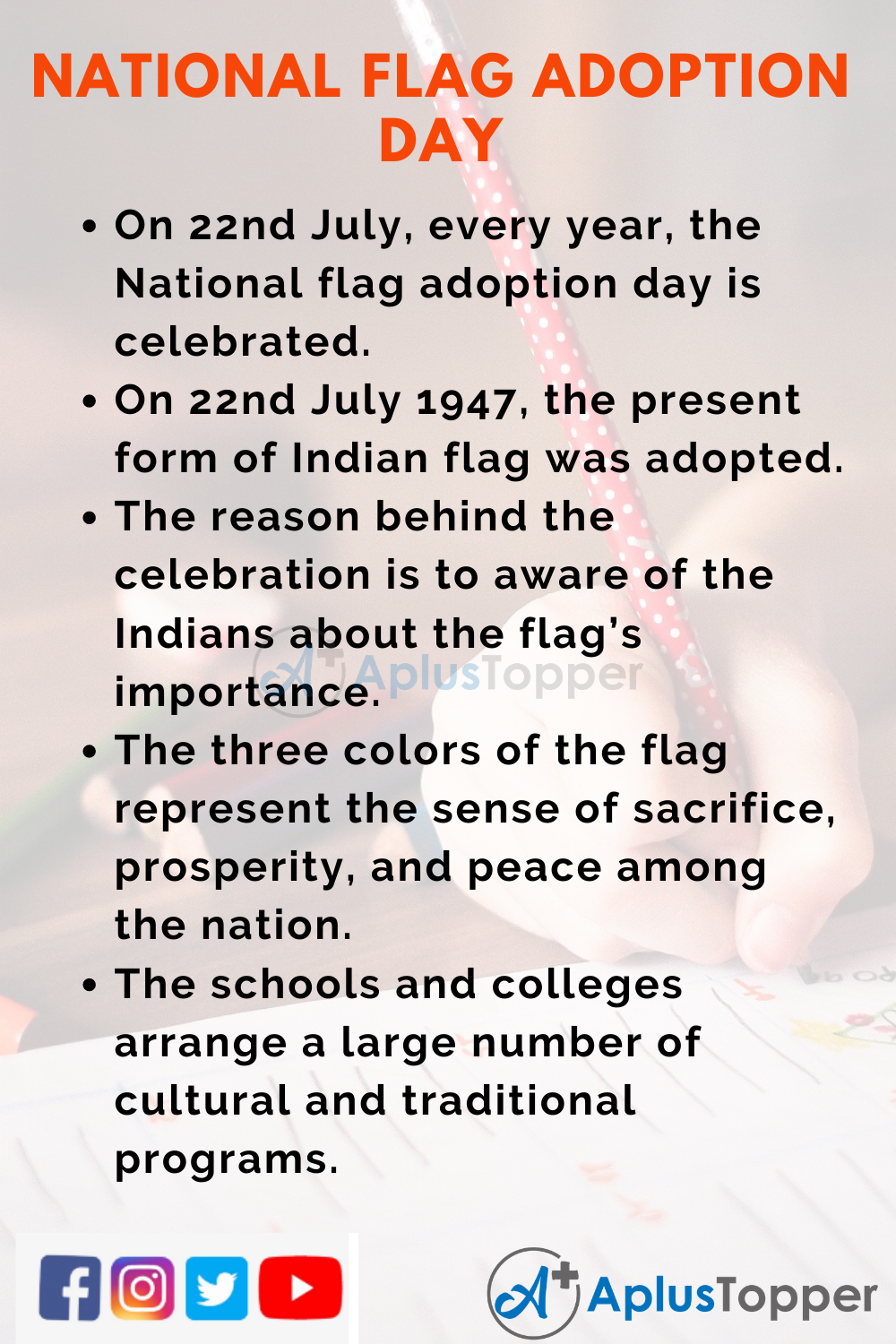 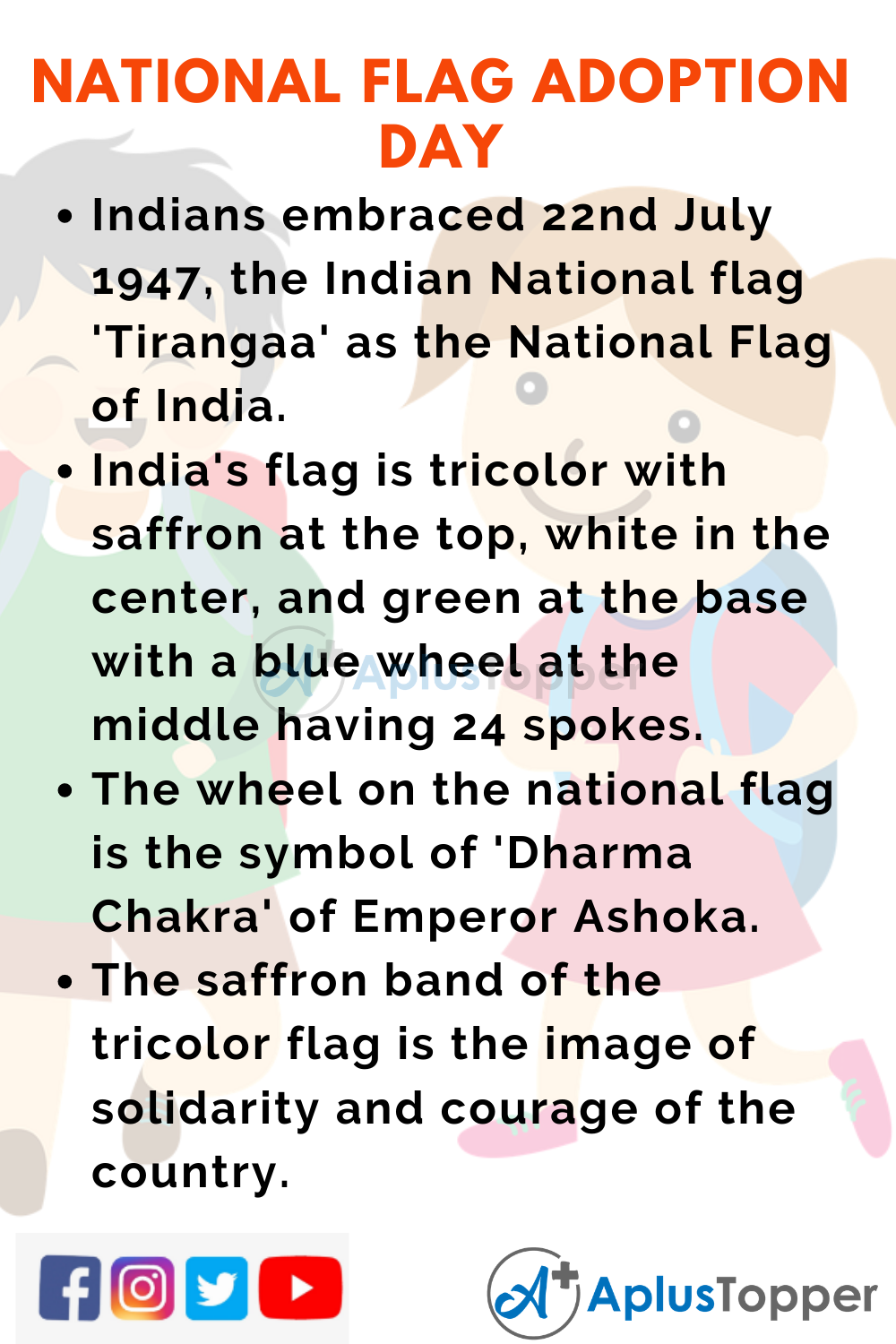 Answer:
In 1921, Gandhi first proposed a flag to the Indian National Congress as the Nation flag of India. Pingali Venkayya designed the national flag.

Answer:
The first Indian National flag is hoisted on August 7, 1906, in the Parsee Bagan Square (Green Park) in Calcutta.

Question 3.
What is the ration of the national flag of India?

Answer:
The ratio of the Indian national flag’s width to its length is two to three. The flag is horizontal with saffron at the top, white at the middle, and green at the bottom of equal proportion.

Question 4.
When the Indian Nation flag first adopted in its present form?

Answer:
The Indian National flag was first adopted in its present form on 22nd July 1947 in the constituent assembly meeting.