10 Lines on National Epilepsy Day: National epilepsy Day is observed on November 17th of every year to create awareness about the cure and cause of epilepsy. Epilepsy is an endemic disease in many parts of the country which affects the brain and causes seizures and fits in patients suffering from epilepsy. There are various causes, conditions and prevention for epilepsy that we are going to discuss in these 10 lines on national epilepsy day article. 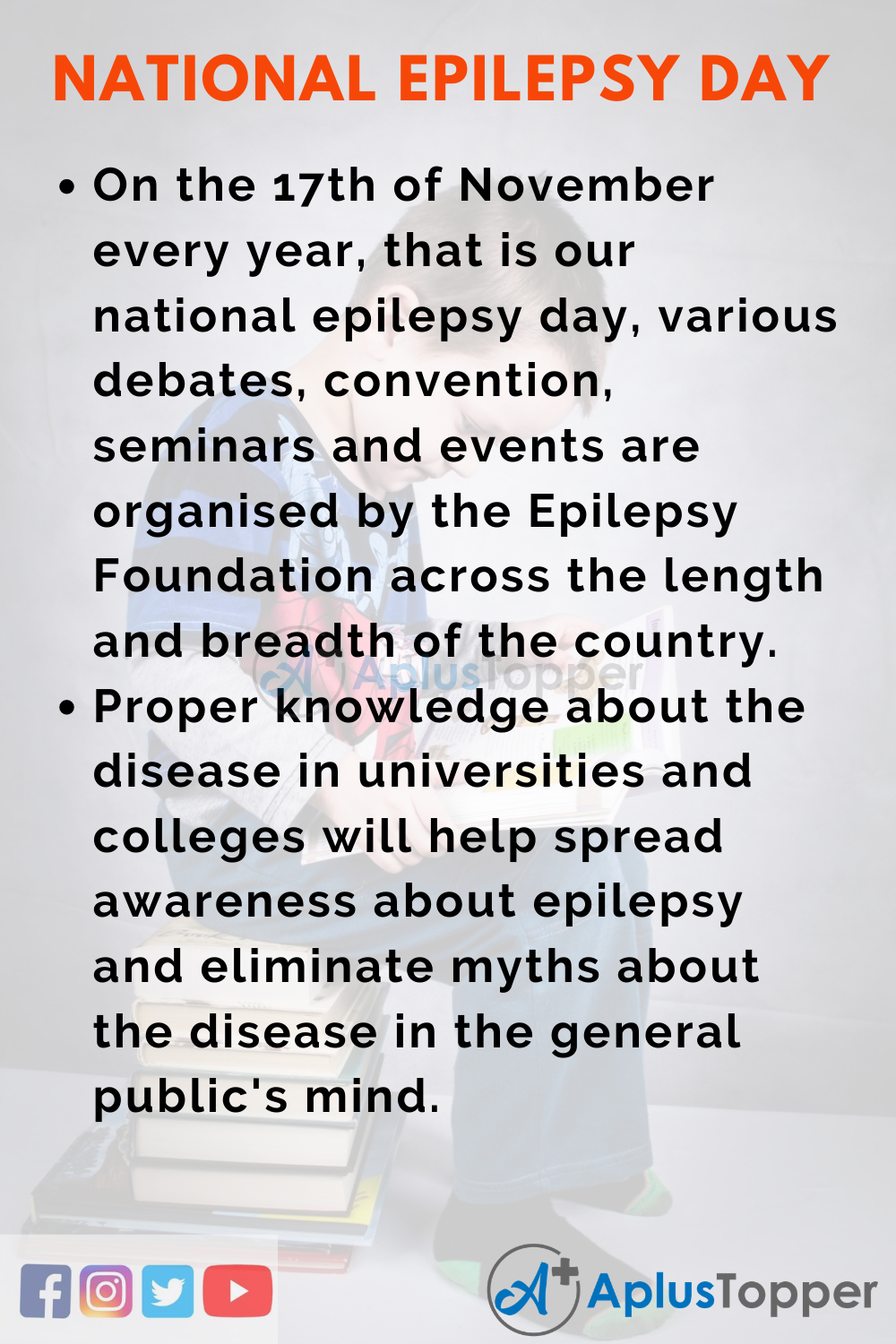 Answer:
National epilepsy Day is observed on the 17th of November in India

Question 2.
What is the purple day?

Answer:
Epilepsy awareness month in India is celebrated in the month of November annually

Question 4.
Which country has the highest count of epilepsy patients?

Answer:
Countries in Latin America and several African nations such as Liberia, Nigeria and Tanzania are suffering from epilepsy and mortality rate is very high in these countries.