10 Lines on Narendra Modi: Narendra Modi, the current Prime Minister of India, was elected to the topmost position of the country in the year 2014 after a massive mandate of 273 plus seats for his party, Bhartiya Janata Party. He is considered as a flag bearer for the economic development of India and is a ray of hope for the country given the fact that the previous government, the United Progressive Alliance government, was in the midst of corruption scandals and nepotism.

Narendra Modi is also considered as a gladiator for the Hindu brigade in the country and has a massive fan following of the Hindu nationalists not just in India but around the world. 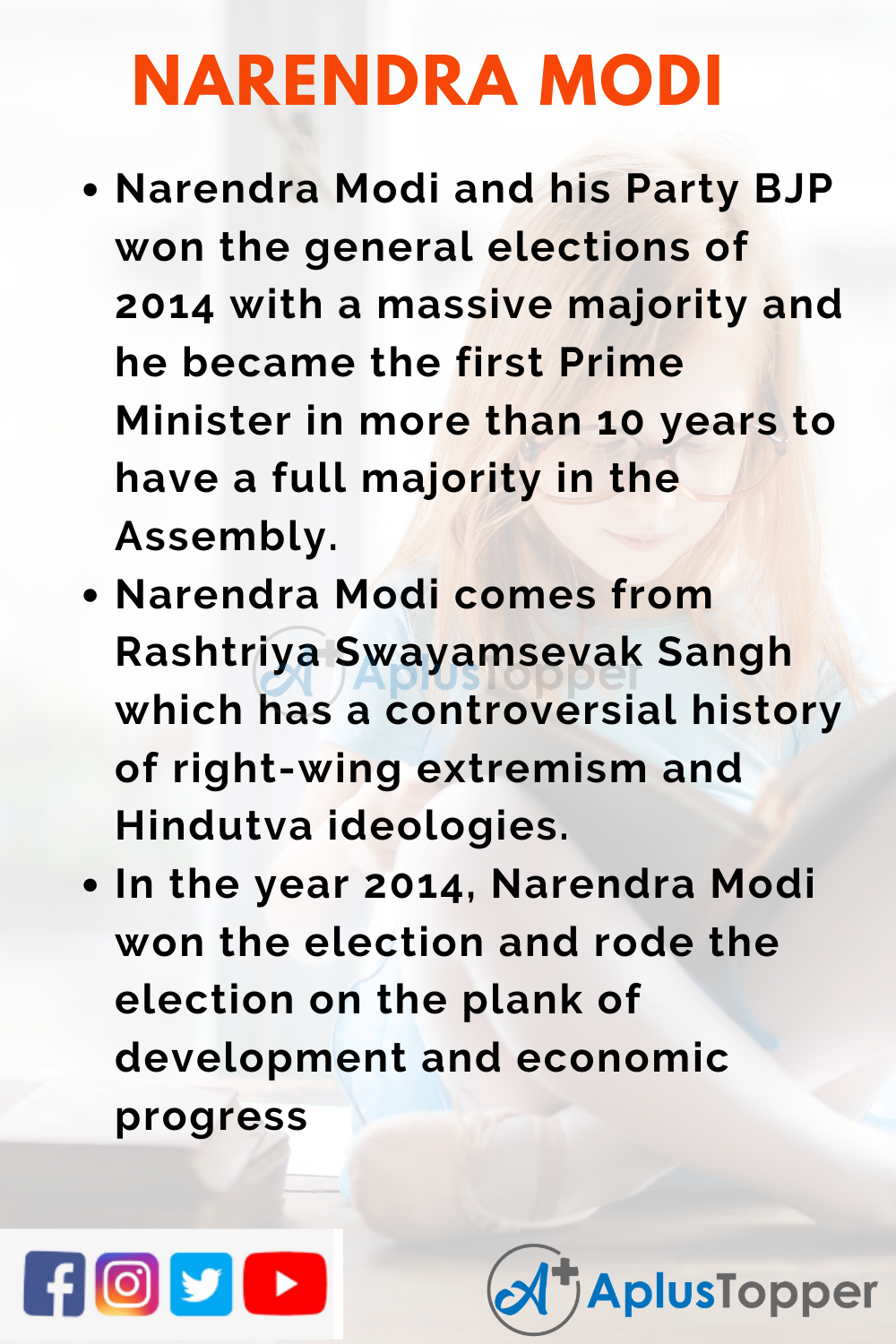 FAQ’s on 10 Lines on Narendra Modi

Answer:
Narendra Modi entered politics when he was in RSS and was assigned certain tasks by the BJP. He became the party secretary for BJP in the year 1994 under the assistance of LK Advani

Question 2.
Why is Narendra Modi such a popular leader in India?

Answer:
Narendra Modi’s popularity comes from the fact that he has humble beginnings and has a hardcore Hindutva ideology and the majority people  of the country rallies behind him and believes in his ideologies

Question 3.
Has Narendra Modi’s leadership been a success in the last 6 years?

Answer:
From taking tough decisions such as abrogation of article 370 and article 35a, introducing GST and improving India’s relationship with neighbouring countries, Narendra Modi’s leadership has proved to be more or less successful except in a few matters

Question 4.
What are the few criticisms of Prime Minister Narendra Modi?

Answer:
His government’s handling of the migrant crisis during the COVID-19 pandemic, the introduction of CAA bill and the hasty implementation of demonetisation was highly criticized by opposition leaders in India and people around the world