10 Lines on My Role Model: A role model is someone we look up to. He/She is someone who encourages and inspires people for their betterment. As we talk about the term role model, every one of us has someone in our minds. The person who has a huge impact on our lives. A role model can simply be anyone from our family, our friends, or even a famous personality. The qualities of a role model that motivates us to become a better version of ourselves can be the values and beliefs they practice and preach. Here are some lines on my role model. 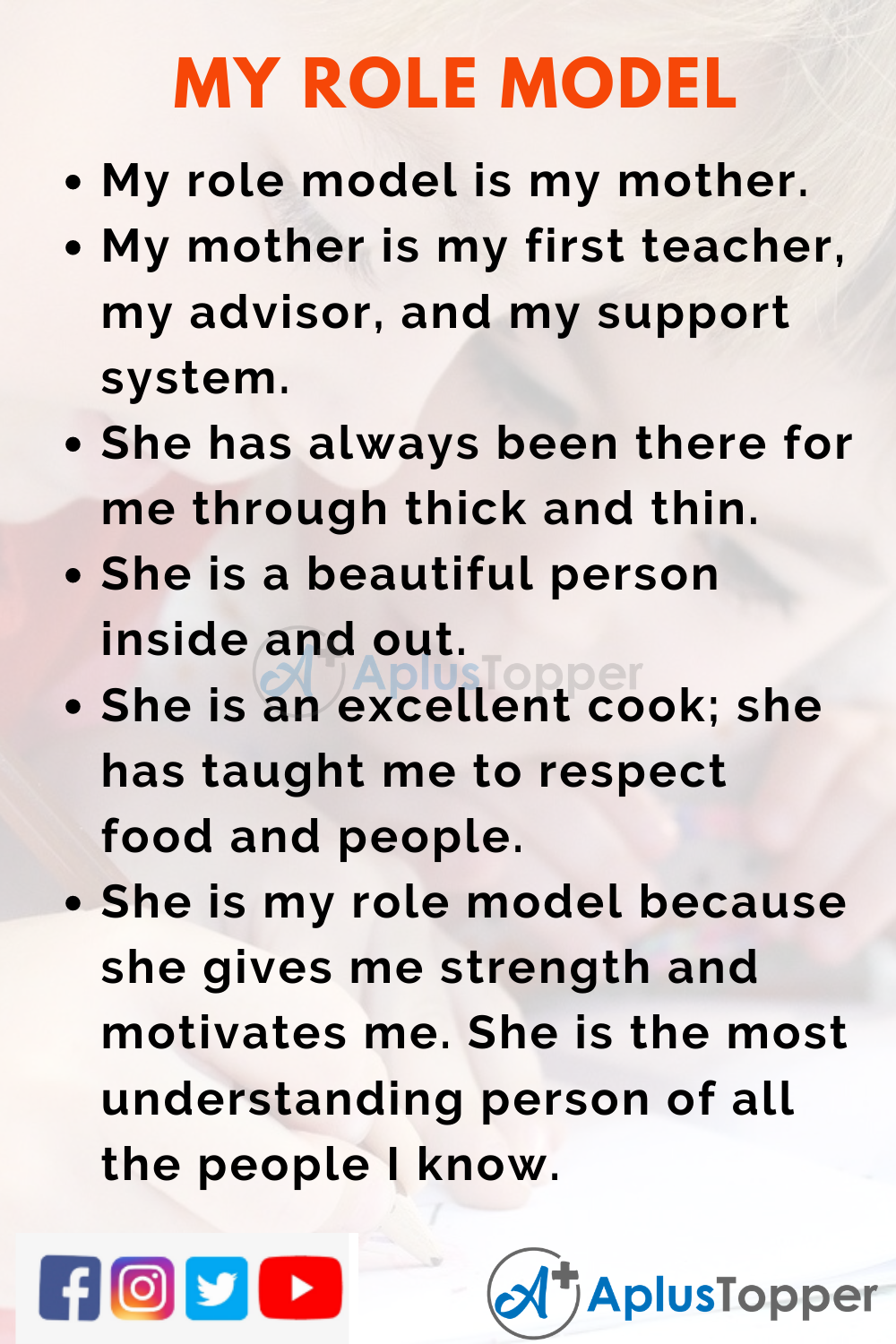 Set 2 – 10 Lines on My Role Model for School Students

FAQ’s on 10 Lines on My Role Model

Question 1.
What is a Role Model?

Answer:
A role model is a person whose behavior or success is or can be emulated by others, especially by younger people. The person who inspires and motivates can also be a role model.

Question 2.
Why is the Role Model important?

Answer:
A role model is important as it guides us in our lives and encourages us to get the best out of ourselves.

Question 3.
How can you choose your Role Model?

Answer:
A role model can be anyone, your parents, teachers, or anyone who helps you and inspires you to become like them. Someone who influences us for good can be chosen as a role model.

Question 4.
What does it mean to be a Role Model?

Answer:
Just as a model is something that represents an inspirational ideal, a role model is someone who inspires others to imitate his or her good behavior.