10 Lines on M S Dhoni: Mahendra Singh Dhoni is one of the Indian cricketers. He got the talent that is appreciated by every cricket lover and also by everyone. However, you must be aware of his life journey.

Dhoni is one of the most talented and remarkable persons all over the world. He is a fantastic person in cricket as well as a person too. He is also a loving husband as well as a responsible father. Check out some of the sets of ten lines on MS Dhoni. 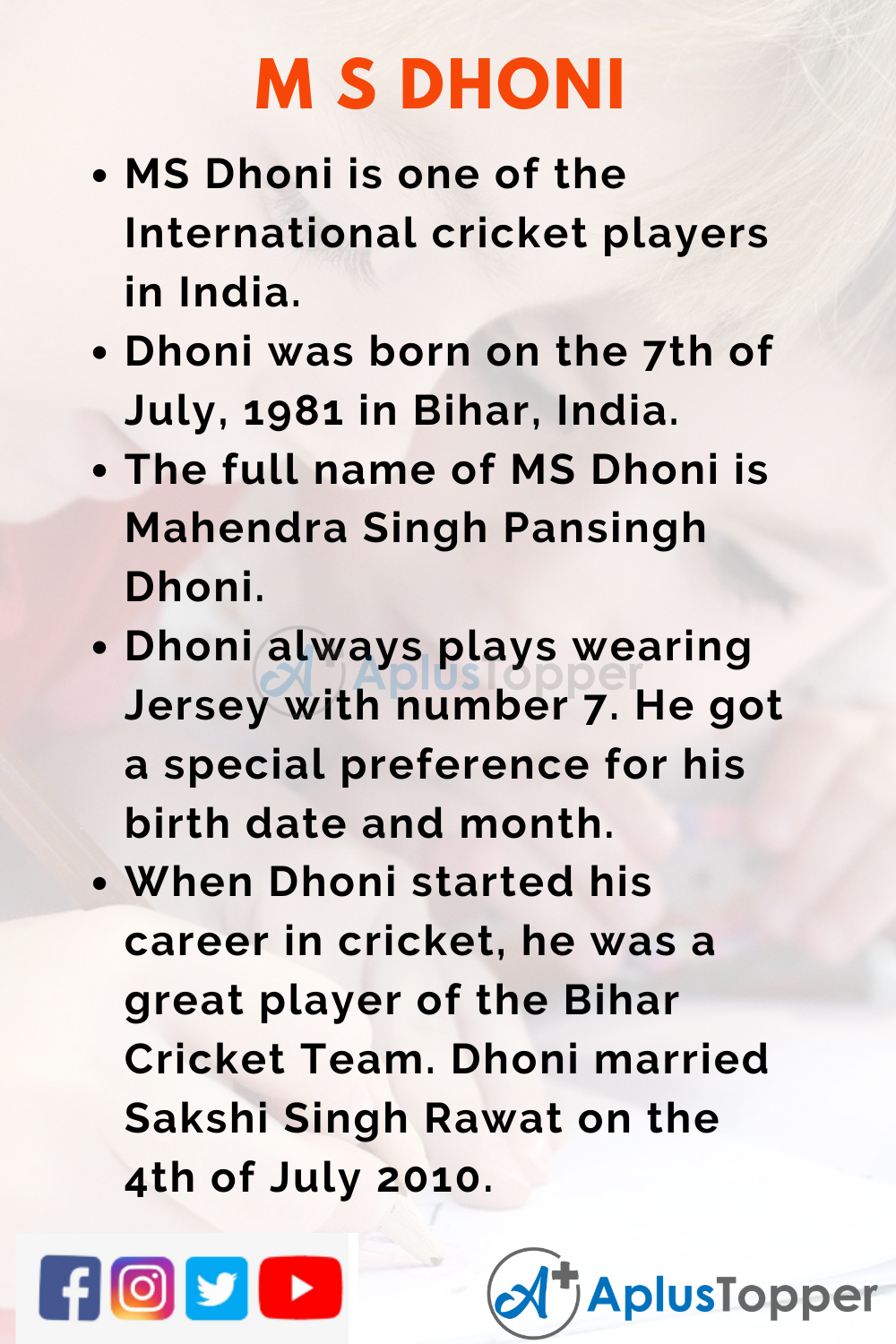 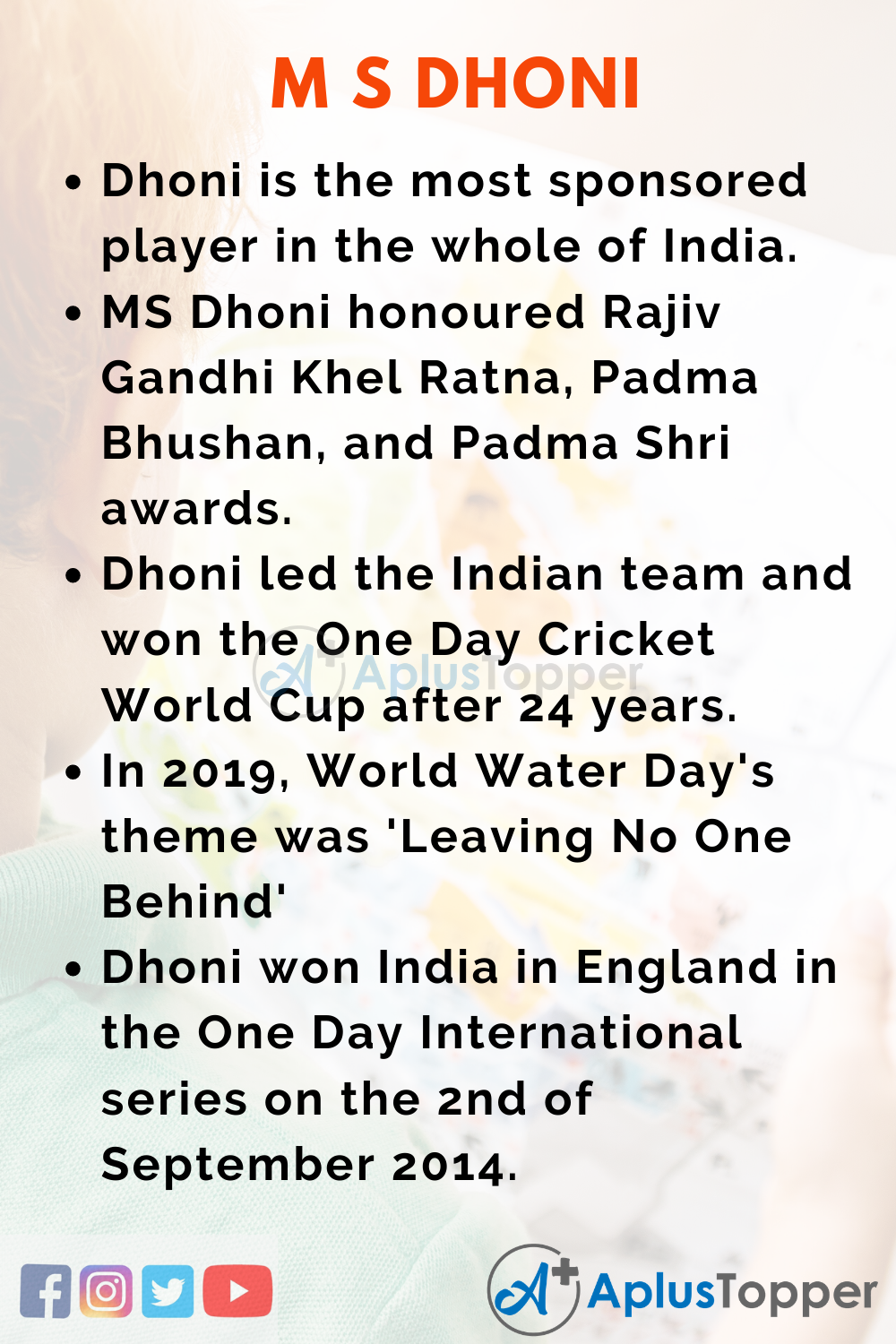 Question 1.
Who is the favourite cricketer of MS Dhoni?

Question 2.
Who is called the king of the Indian Premier League?

Answer:
MS Dhoni is called the king of IPL.

Question 3.
What are the Dhoni’s awards?

Answer:
Some of the Dhoni’s awards are:

Answer:
Dhoni is popularly called Captain Cool. It will be more apt to define Dhoni’s playing style and persona. In fact, Dhoni can take the match-winning decisions even in crucial situations.