10 Lines on Motilal Nehru: Indians have remained slaves to the British for almost a century. Nearly every Indian was forced to worship them as Gods. The invaders easily brainwashed the illiterate Indians, and nobody came forward to fight for several decades. It was only after the introduction of education when few Indians became educated. They became enlightened about the cruel British policies that were imposed on the Indians. These Indians gathered the courage to come into the limelight and inform their fellow Indians about what is happening with them. Mahatma Gandhi, Jawaharlal Nehru, and Motilal Nehru were among the few educated Indians. 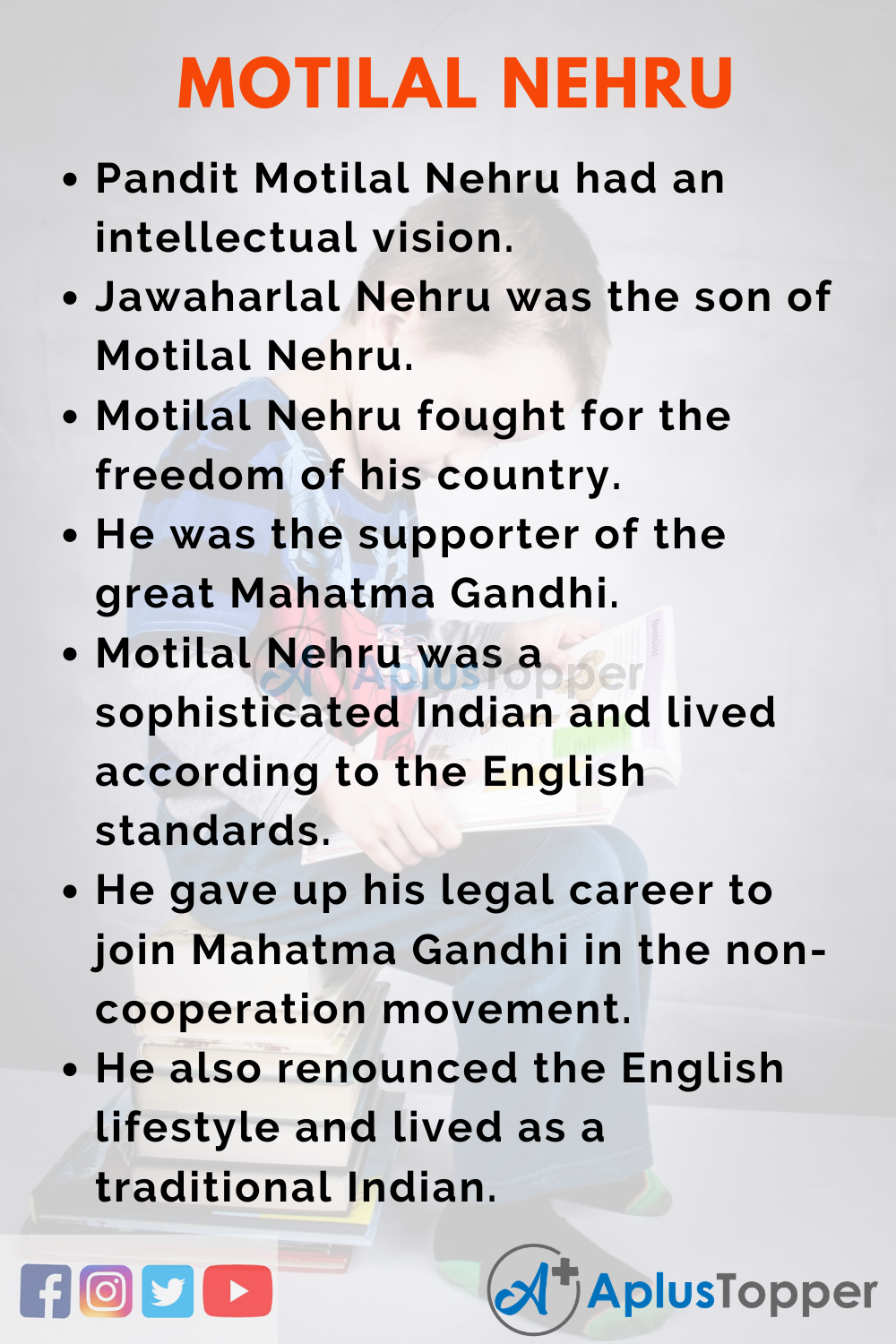 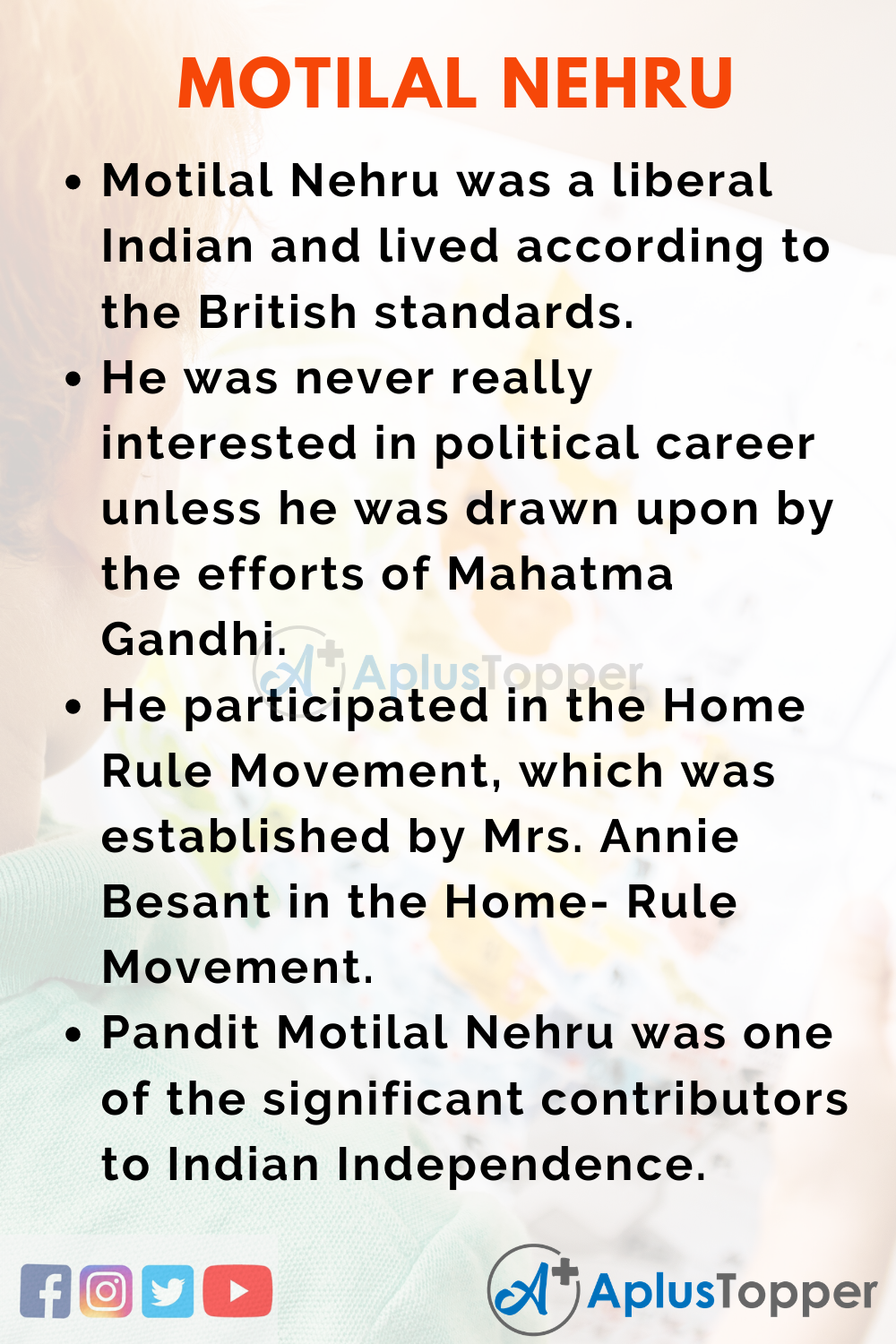 FAQ’s on 10 Lines on Motilal Nehru

Question 1.
Where Motilal Nehru was born?

Answer:
Nehru was born in Kashmir, but his family moved to Delhi soon after his birth.

Question 2.
How was his early life?

Answer:
Motilal Nehru’s father was a police officer. Gangadhar Nehru’s father was Vakil in East India Company at the Mughal Court of Delhi. Motilal’s parents were killed in the mutiny, after which he moved to Khetri, the second-largest feudal estate in the princely state of Jaipur. He had spent his entire childhood there.

Answer:
Nehru was a successful student and became a lawyer in Kanpur. He shifted tp Allahabad three years later, where his brother Nandlal practiced lucratively in the High Court. He then gave up a legal career and focussed more on the Revolt.

Question 4.
When did Motilal Nehru die?