10 Lines on Mother Teresa: India is a country with people from various economic and financial backgrounds. If the country has a significant number of financially sound people, it also has numerous people from lower commercial sections of the society who live in slums. Kolkata, previously known as Calcutta in 2001, is known for the presence of many slums in the city. Hundreds of people living in them die out of hunger crisis or chronic diseases due to the exposure to unhygienic conditions. So, here is everything you need to know about Mother Teresa. 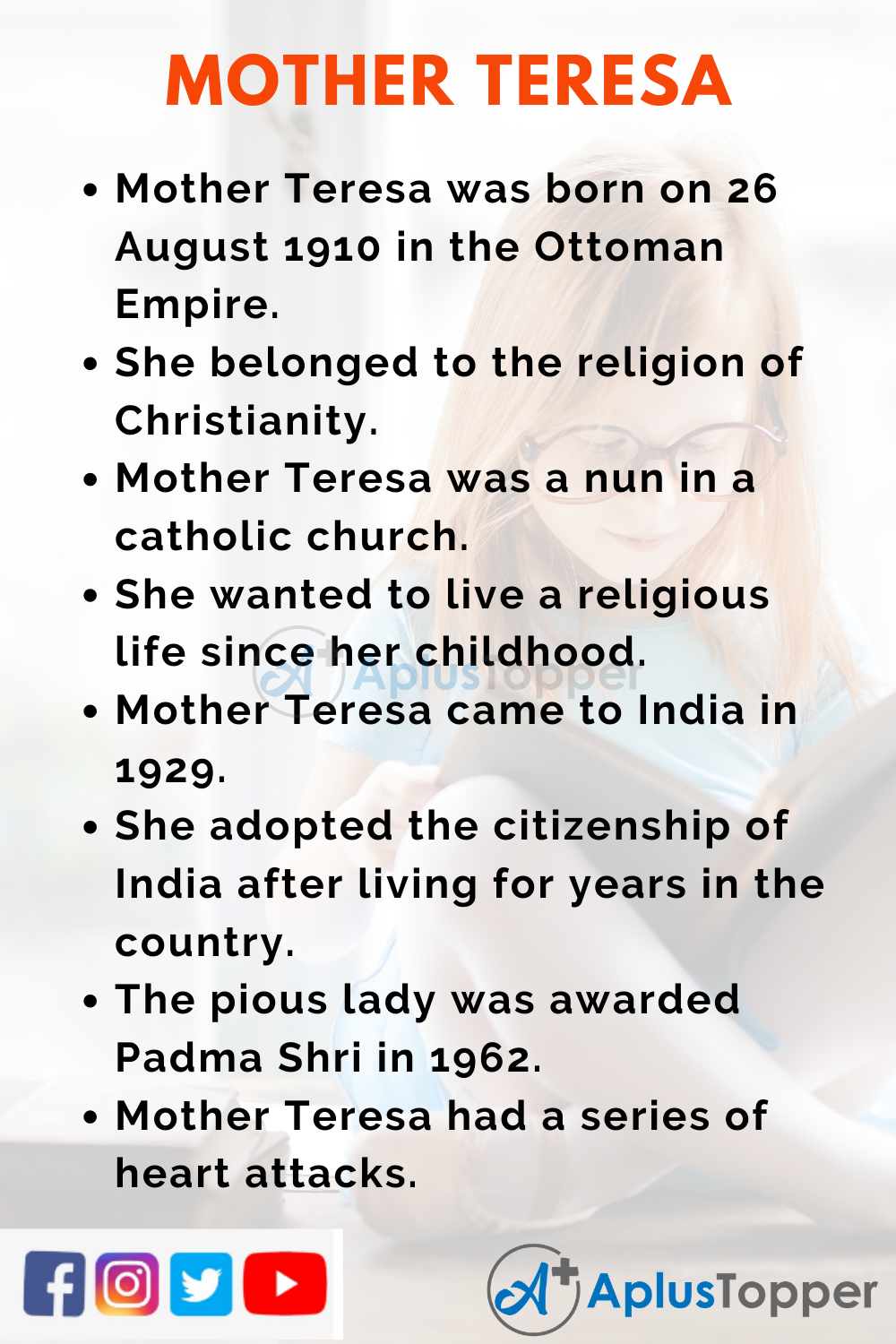 FAQ’s on 10 Lines on Mother Teresa

Question 1.
What is Mother Teresa known for?

Answer:
Mother Teresa was a nun who gave everything to become a saint in her life further. She was deeply moved by the pain and difficulties of the people living in the slums of Calcutta and suffered through chronic diseases such as HIV/AIDS and many more due to the unhygienic conditions.

Question 2.
When and where did Mother Teresa take birth and took her last breathe?

Answer:
Mother Teresa was born on 26 August 1910 in Skopje, North Macedonia, and took her last breath on 5 September 1997 in Kolkata, West Bengal, after having several heart strokes.

Question 3.
Why did Mother Teresa choose to help the poor in the slums of Kolkata?

Answer:
Mother Teresa was very sympathetic towards the poor and needy people of the slums in Kolkata. She was deeply moved by their homelessness and wanted to serve them even when they suffered from chronic diseases just because she wanted to make their life and death more peaceful and fuller of love.

Answer:
The full name of Mother Mary Teresa was Anjezë Gonxhe Bojaxhiu, which was given to her during her parents’ birth.