10 Lines on Mithali Raj: With the remarkable skills in cricketing and captainship, Mithali Raj is a star of the Indian Women’s Cricket team. Apart from her skilled batting strategies, Mithali Raj is famous for a good bowling ability as well. Since her debut match, Mithali has displayed her proficiency in cricket to the entire world, and now she is an inspiration for many Indians. She has emerged not only in terms of consistency but also as a well-skilled batsman. At a very young age, she has earned much respect and fame. Mithali has an efficient ability to score the highest scores sharply, which makes her a famous batsman in the world. 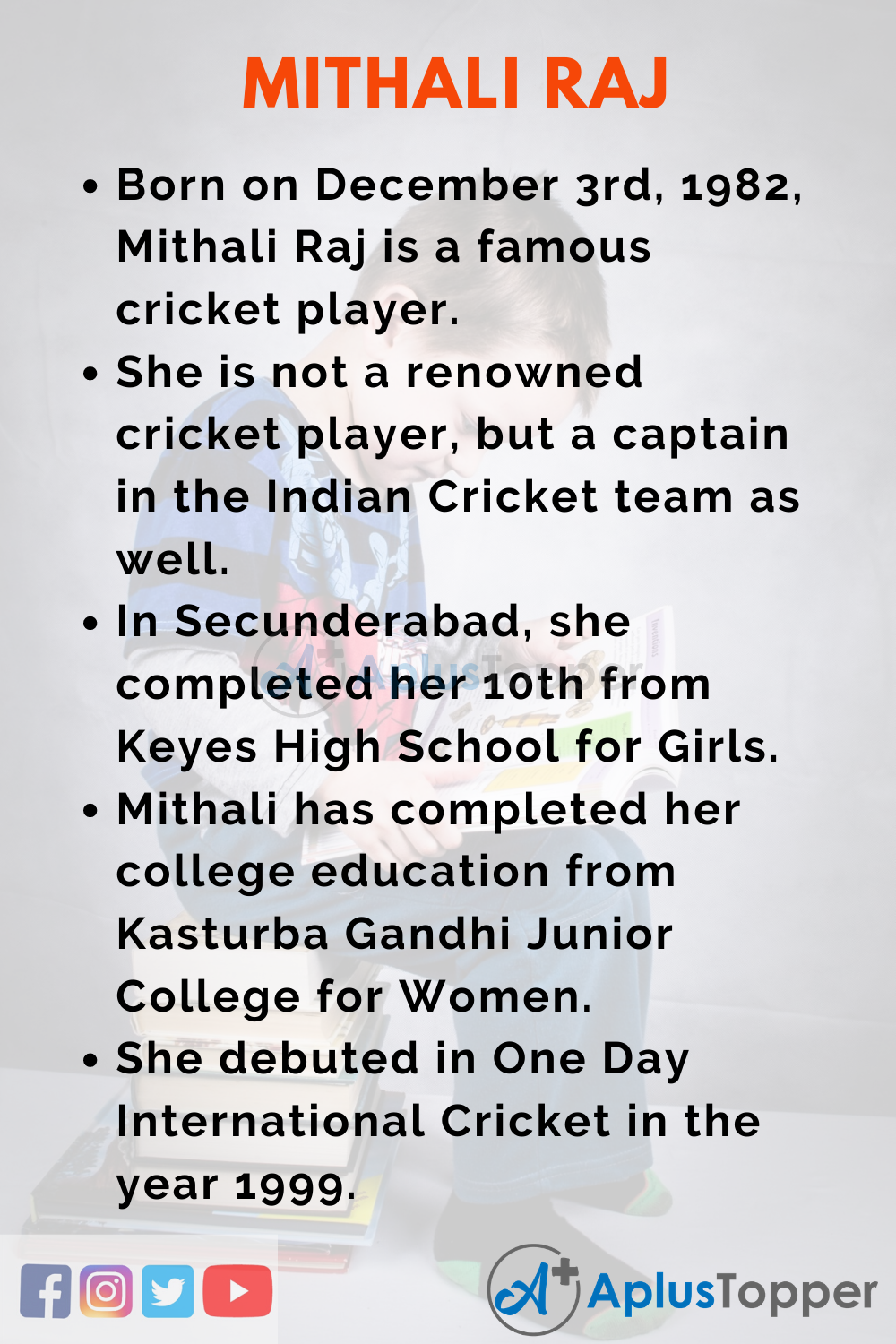 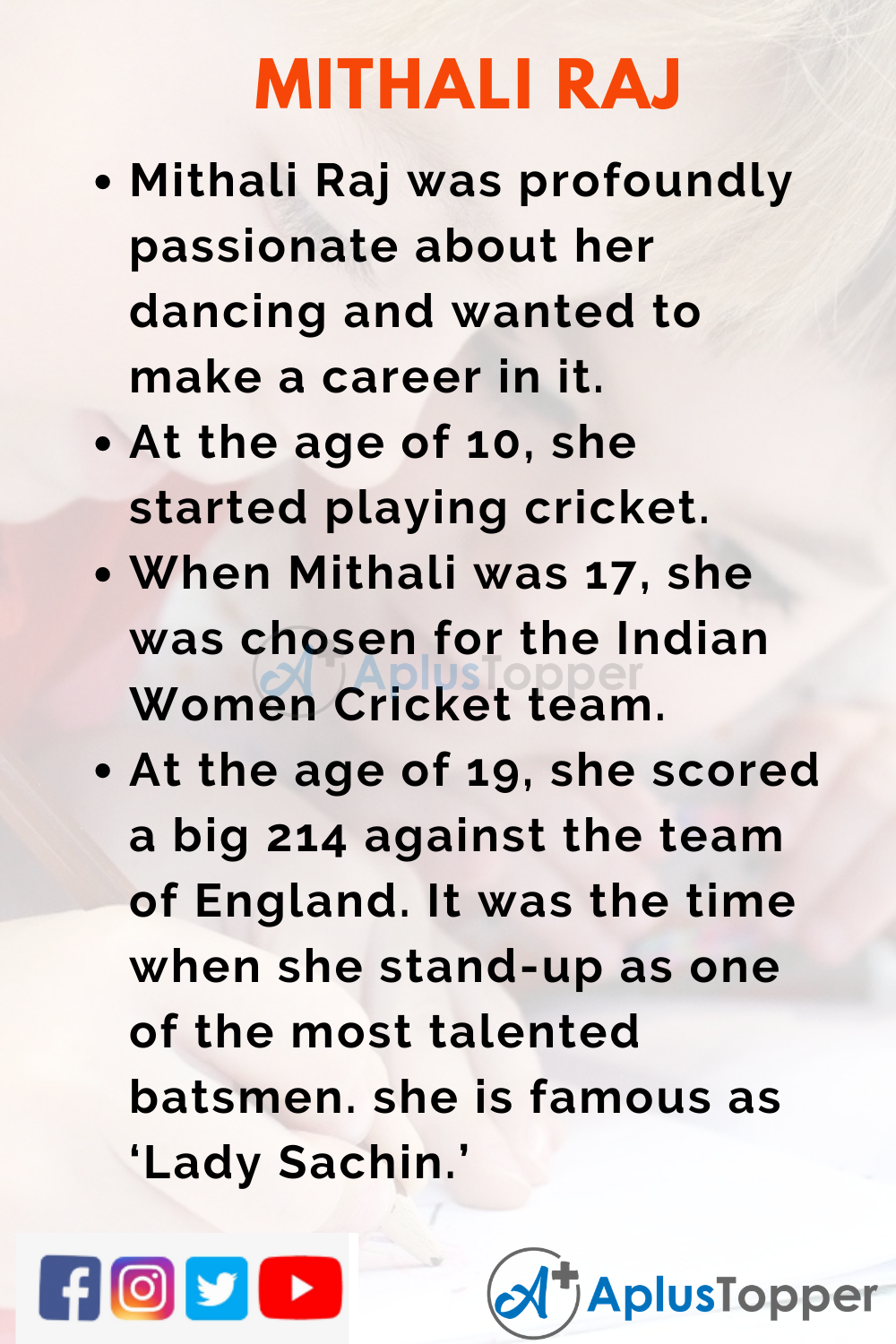 FAQ’s on 10 Lines on Mithali Raj

Question 1.
What awards has Mithali Raj achieved in her life?

Answer:
Mithali Raj has honoured with Padma Shri and Arjuna Award for Cricket.

Question 2.
For what Mithali Raj is famous?

Answer:
Mithali raj is a famous woman cricketer player in India. She is the first Indian and the fifth cricketer to mark over 1000 World Cup runs. She is an inspiration to all.

Question 3.
How many tests match Mithali Raj has played?

Answer:
Being one of the famous cricket players, Mithali has appeared in 10 test matches.

Question 4.
From when Mithali Raj is called as ‘Lady Sachin’?

Answer:
Mithali Raj became the 2nd female cricketer to score over 5000 runs in ODI. Since then, she became famous as ‘Lady Sachin.’