10 Lines on Mary Kom: Mary Kom is Indian Boxer hailing from the beautiful Northeastern state of Manipur. Mary is one of the most successful boxers in the history of women boxing. She has been a great athlete in her early days, and later in high school days, when she moved to Imphal, the capital city of Manipur, she found her interest in boxing. Mary is a five-time world champion and the only woman to win a medal in all six world championships. Mary’s early inspiration in boxing was Dingko Singh, an Asain Champion and Padma Shri from Manipur. And now, Mary Kom is one of the most inspiring names all over the world. In spite of coming from an untalked and unnoticed rural region of India, she made India and all Indians proud of the world many times. 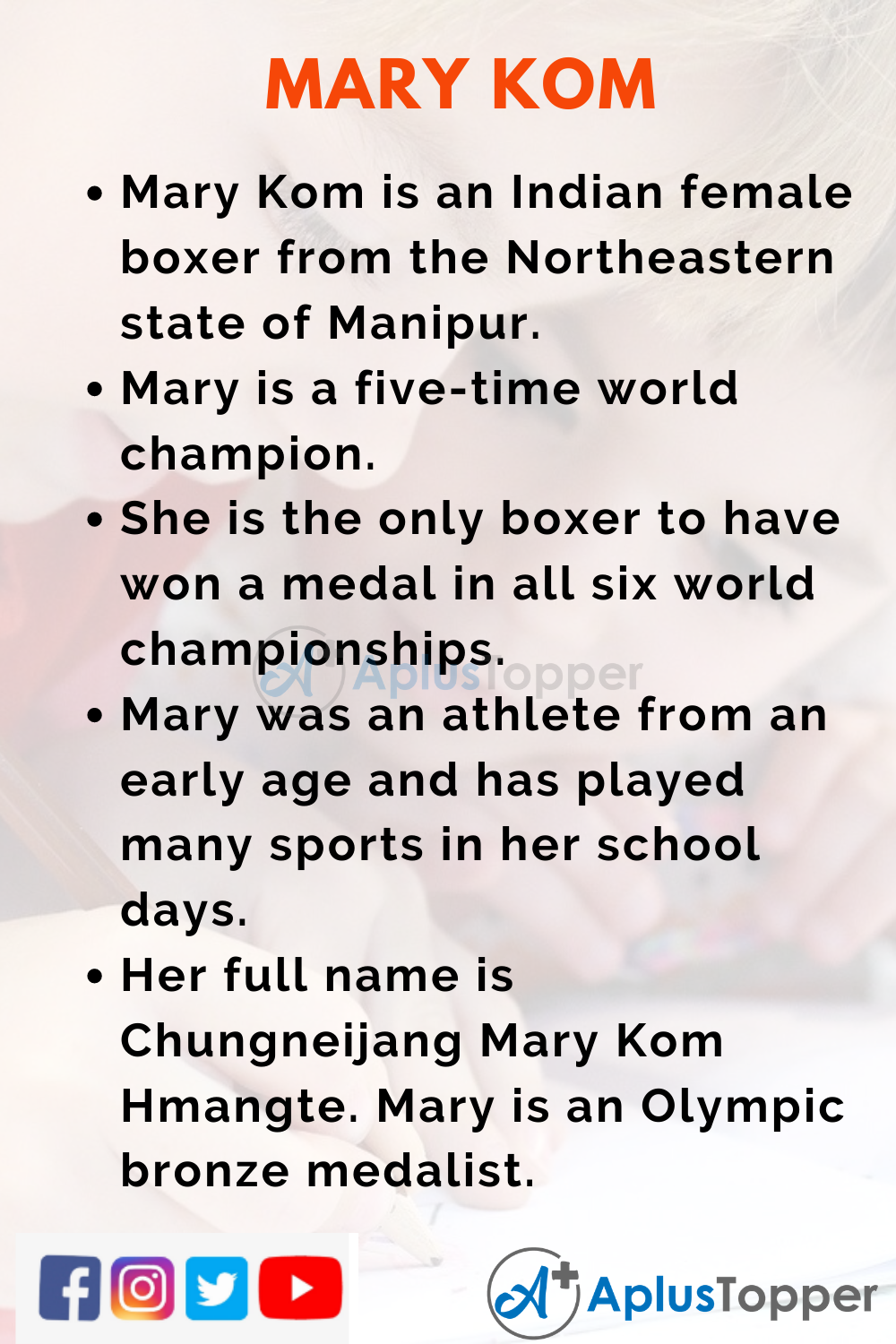 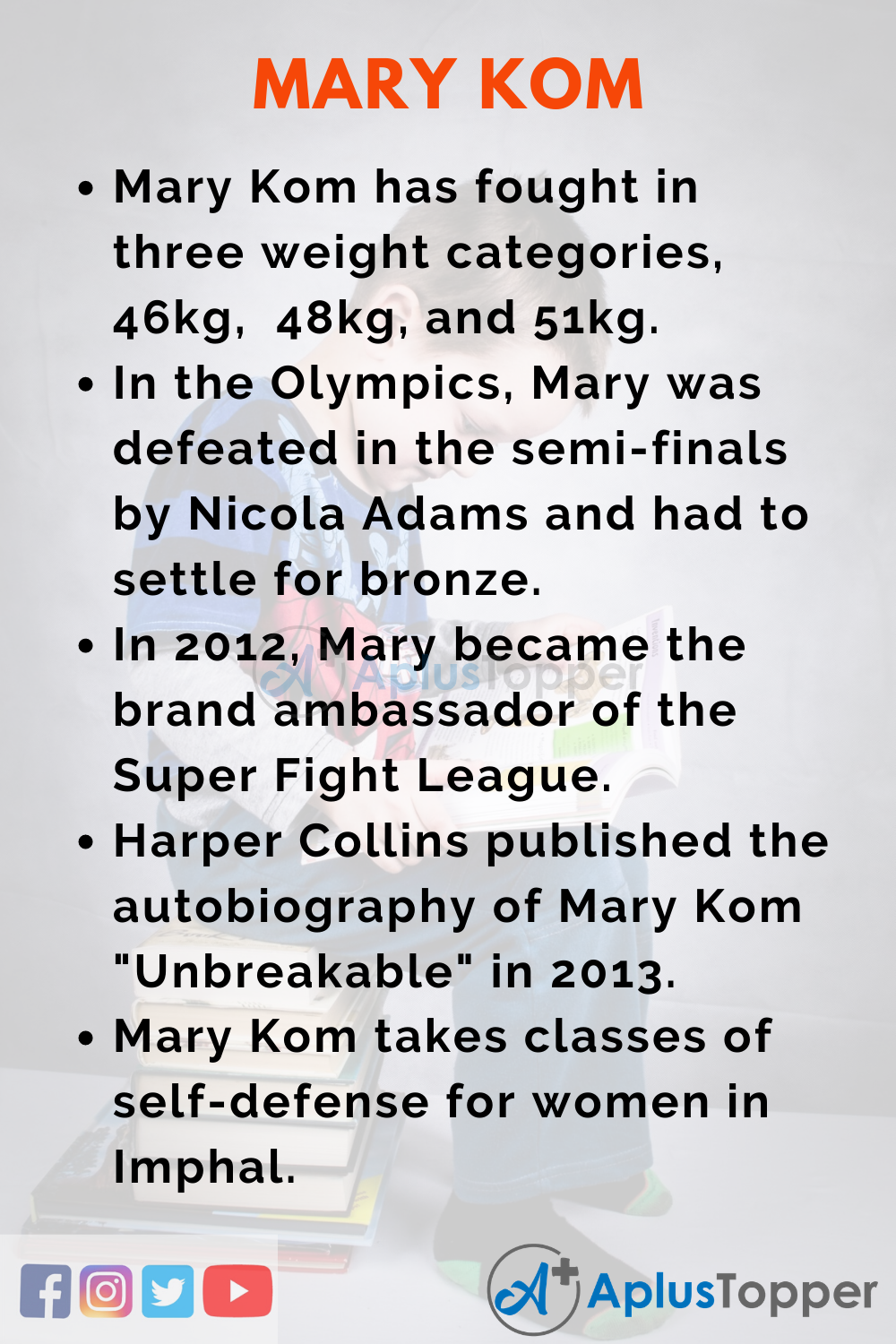 Question 1.
Where is Mary Kom from?

Question 2.
How is Mary Kom different from any other boxer?

Answer:
Mary Kom has won many competitions in all forms of events. She is a six-time world champion and the only boxer to do so. She is a mother of three and has shown exceptional will power and perseverance to be the world champion the world knows today.

Question 3.
What is the net worth of Mary Kom?