The Mahavir was different from other people who had a mission to have a life filled with peace. He is also known as the founder of Jainism. The celebration of the day takes place at different places that are in Parasnath temple, Kolkata; Sri Mahavirji temple, Rajasthan; Girnar and Palitana, Gujarat and Pawapuri, Bihar. The day is usually celebrated in a month which is termed as the Chaitra month. 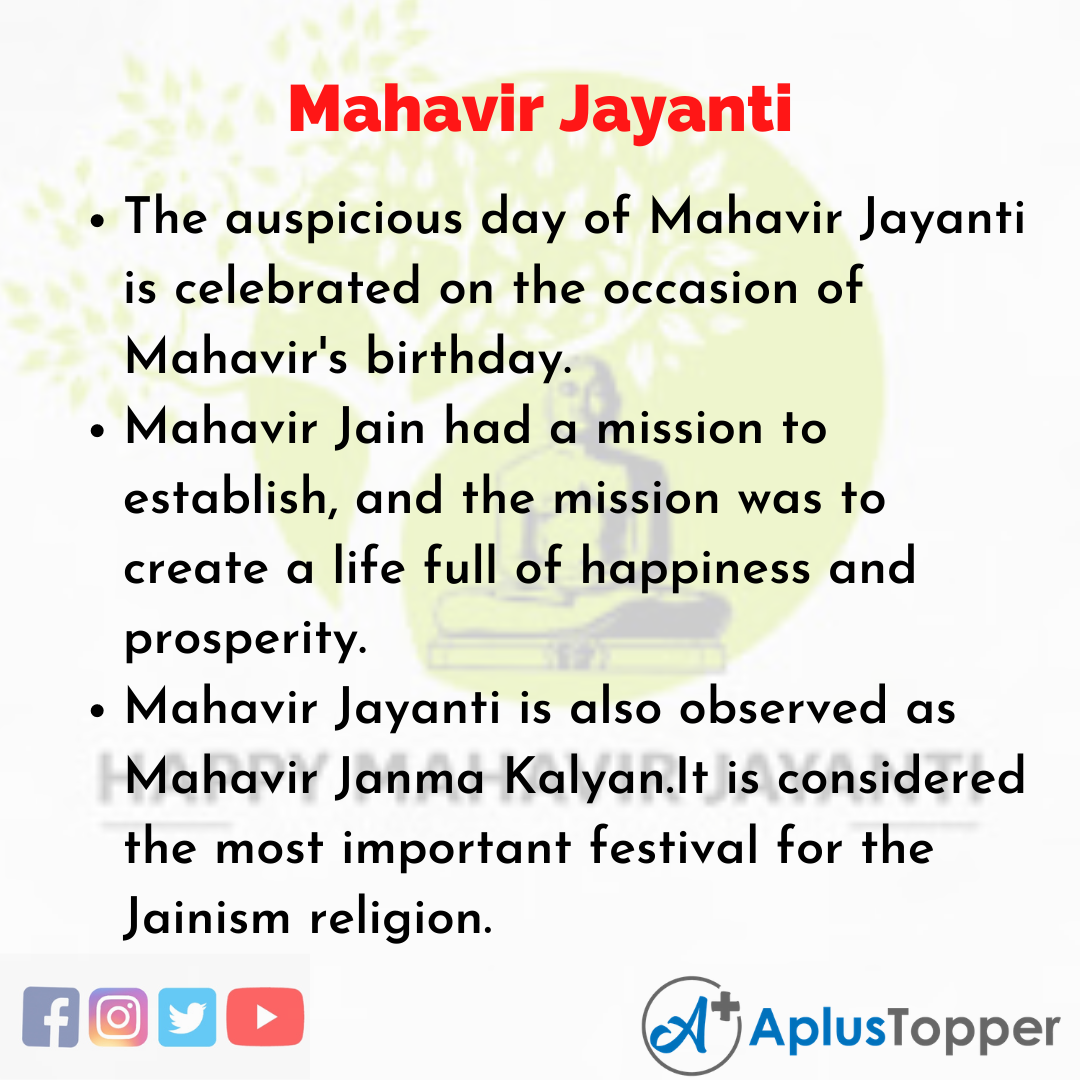 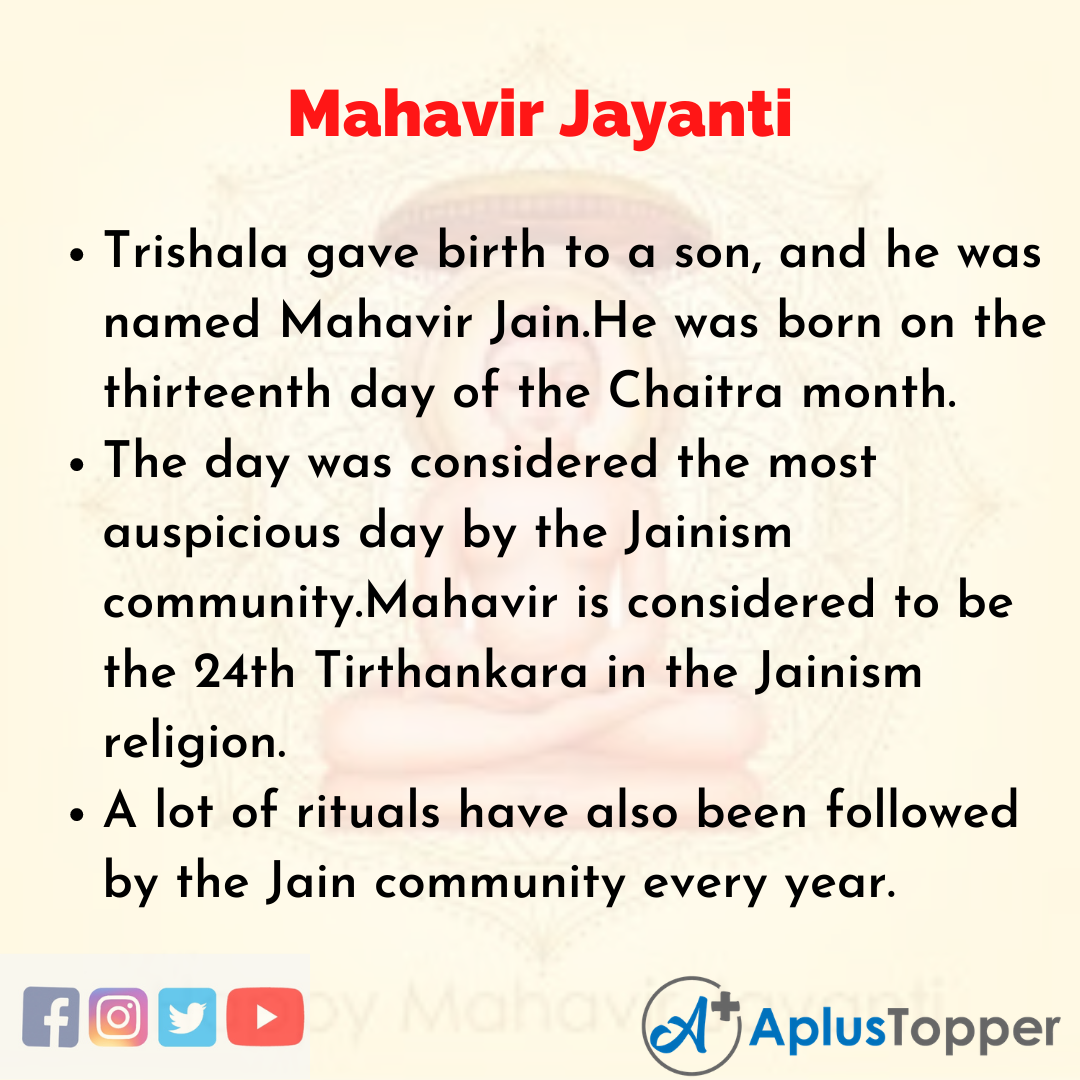 Question 1.
When is the Mahavir Jayanti celebrated?

Answer:
Mahavir Jayanti is celebrated by following the Gregorian festival. Usually, the holiday lies in the month of March or April every year.

Question 2.
When was the Mahavir Jain born?

Answer:
Mahavir Jain was born at 4 a.m. during the half-moon in the Chaitra month in the year 599 BCE.

Question 3.
Why is Mahavir Jayanti celebrated?

Answer:
Mahavir Jayanti is celebrated to honour the birth of Mahavir Jain, whose motive was to create a life filled with peace, positivity, and prosperity.