10 Lines on M Fathima Beevi: M. Fathima Beevi is a well-known personality.  She carved a niche for herself in the male-dominated world, when girls were not encouraged to pursue their education. She was a fortunate child who received her father’s support and encouragement to pursue her dreams. She made a mark in the history of the Indian judiciary by becoming the first woman to become the Supreme Court Justice of India.

She has set an extraordinary example not only to face challenges but also how to overcome them. She worked for the welfare of women by empowering them to defeat their misery and rise to great heights. Her inspiring story is a guiding light for all the children. She always believed that nothing is impossible if you work with honesty and integrity. 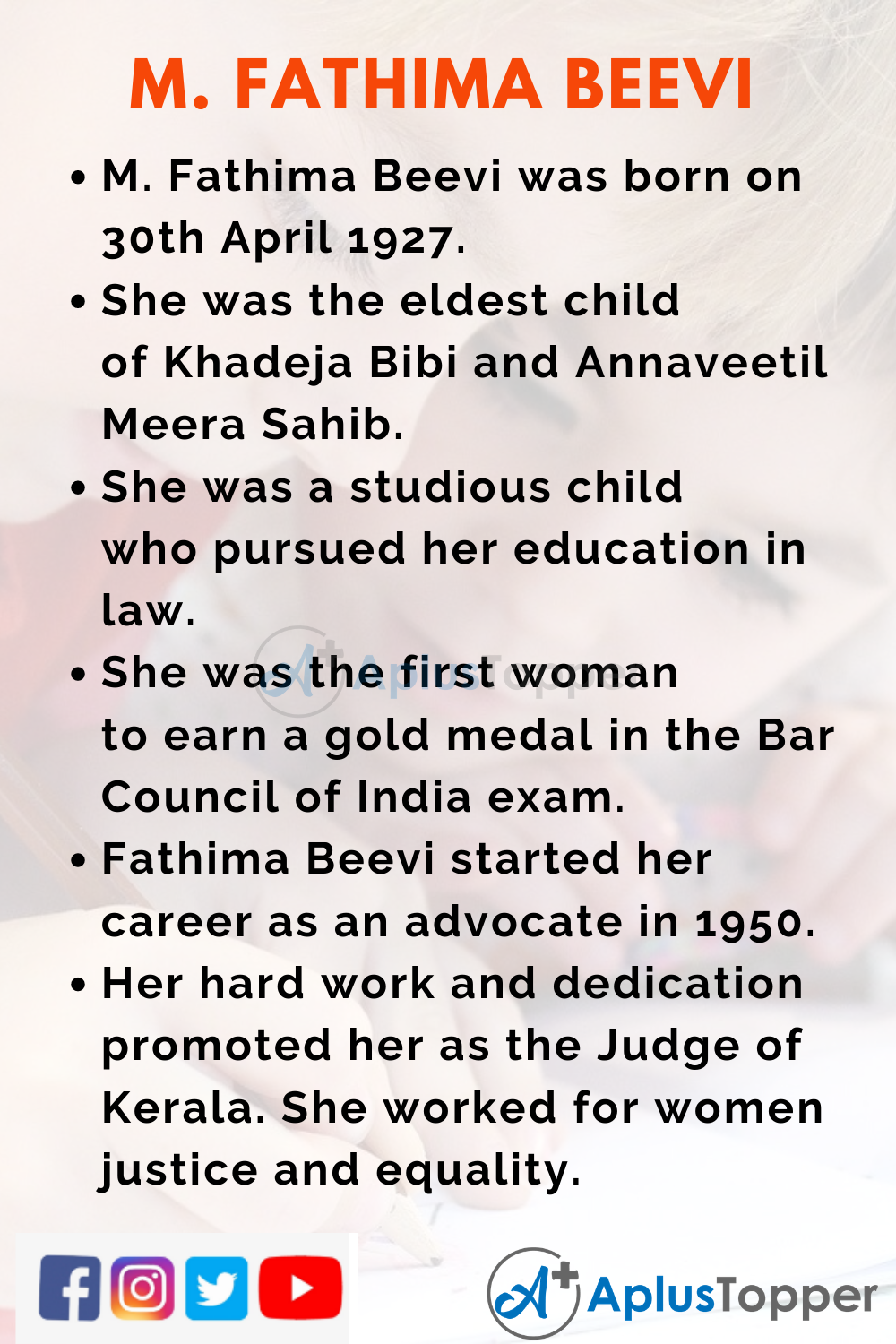 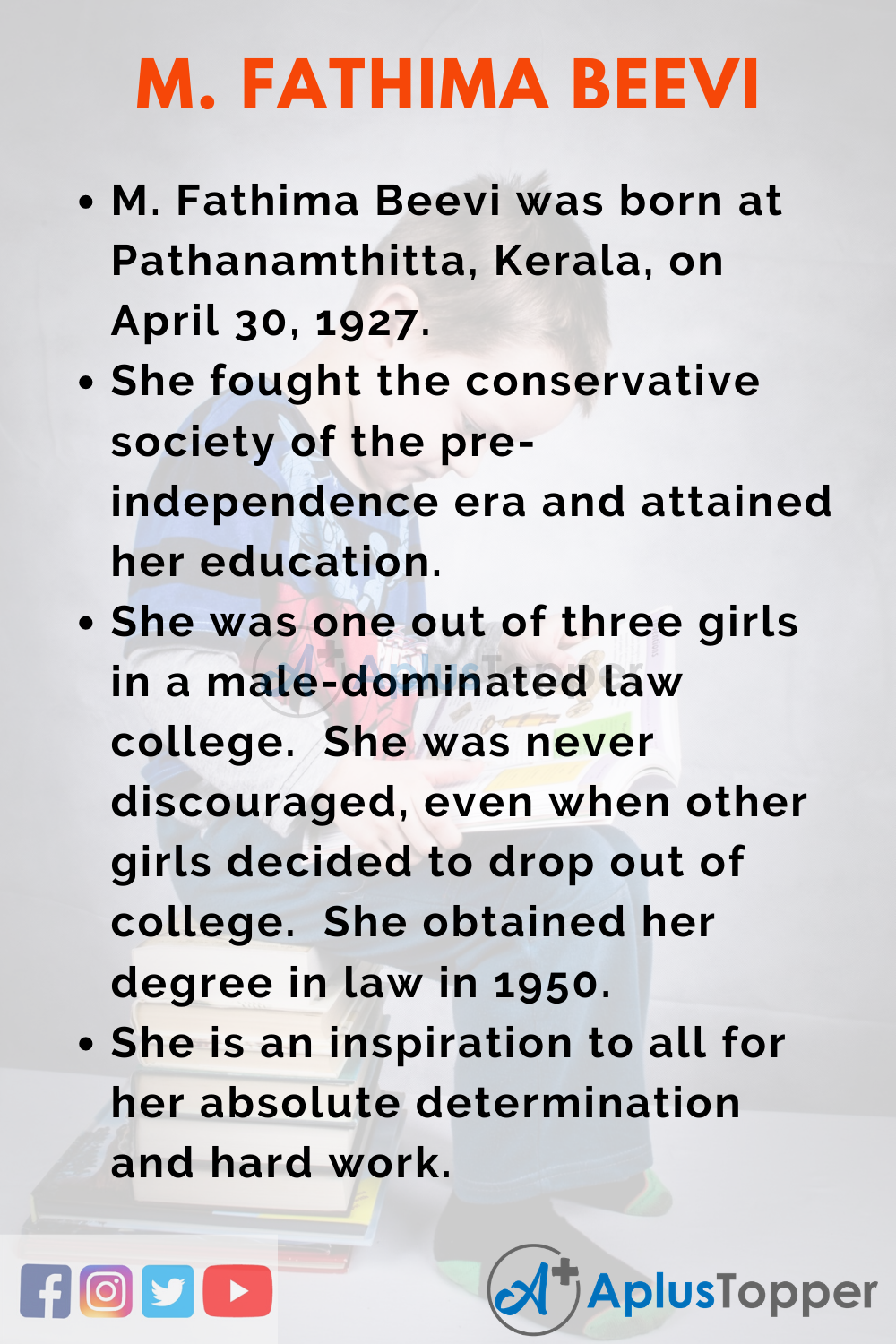 FAQ’s on 10 Lines on M.Fathima Beevi

Question 1.
Who was M.Fathima Beevi?

Answer:
M. Fathima Beevi was the first woman to acquire the highest position in the Supreme Court of India.  She also served as the Governor of Tamil Nadu till 2001. She was an active participant of the National Human Rights Commission.

Question 3.
What did Fathima Beevi do after retiring from the Supreme Court?

Answer:
M. Fathima Beevi became an active member of the National Human Rights Commission.  She also served as a Chairman of the Kerala Commission for Backward Classes.  She was also the Chancellor of Madras University.

Answer:
M. Fathima Beevi won several laurels.  Her accomplishments inspire the young generation.  The following is the list of awards won by her.