10 Lines on Lion: The lion is a creature that belongs to the animal kingdom. Forests or jungles are the natural habitats of lions. The animal is called the ‘King of the Jungle’ because of its strength and power. The lion is a carnivore that means that it eats the flesh of other animals.

The most common countries where lions are found are Africa and Asia. People various times use the lion to represent strength, power, pride, courage, and fearlessness. In the ancient world, kings used to hunt lions and keep their skin. The reason for keeping the skin was to show their competitors and enemies that they have courage.
Lion belongs to the cat family. The female lion is called Lioness, and a baby lion is called a cub. Lions are often brought from their natural habitats and kept in zoos. 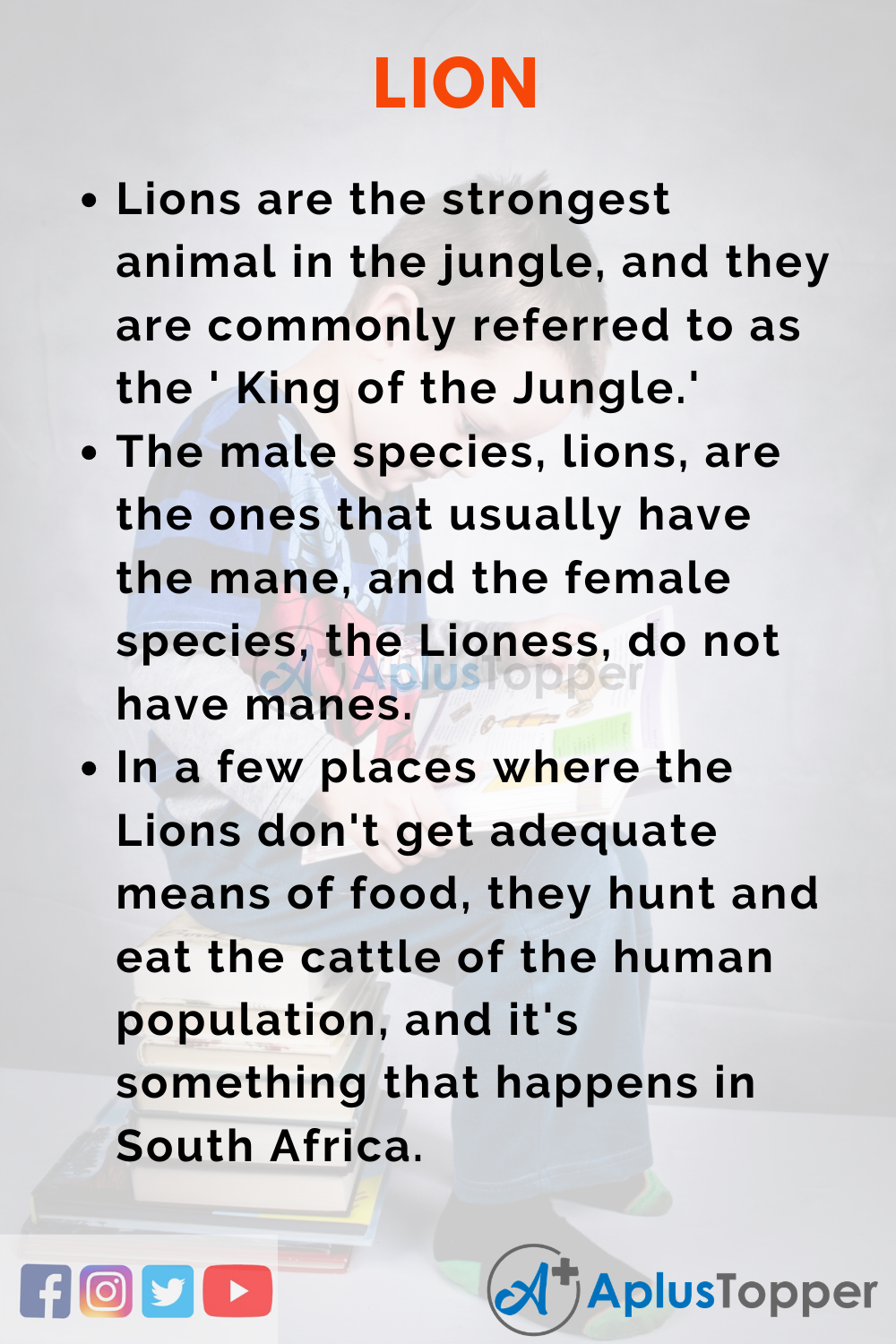 Question 1.
Are lions carnivores or omnivores?

Answer:
Lions are carnivores which means they eat the flesh of other animals.

Question 2.
How many lions are living in various habitat in the world?

Question 3.
On average, how many hours does a lion sleep for?

Answer:
On average, a lion sleeps for around eighteen hours a day.

Answer:
The lion is an animal that is on the Redlist.