Shastri studied in the east-central railway inter-college after being a pass out from Harish Chandra High School. Soon he left his studies to join the Non-Cooperation movement led by Mahatma Gandhi at that time.

Lal Bahadur Shastri later went on to become the Prime Minister of India in the year 1964 after Jawaharlal Nehru’s assassination. Before becoming the PM of the country, he held several official posts like the Home Minister, Railway Minister and Chief Minister. 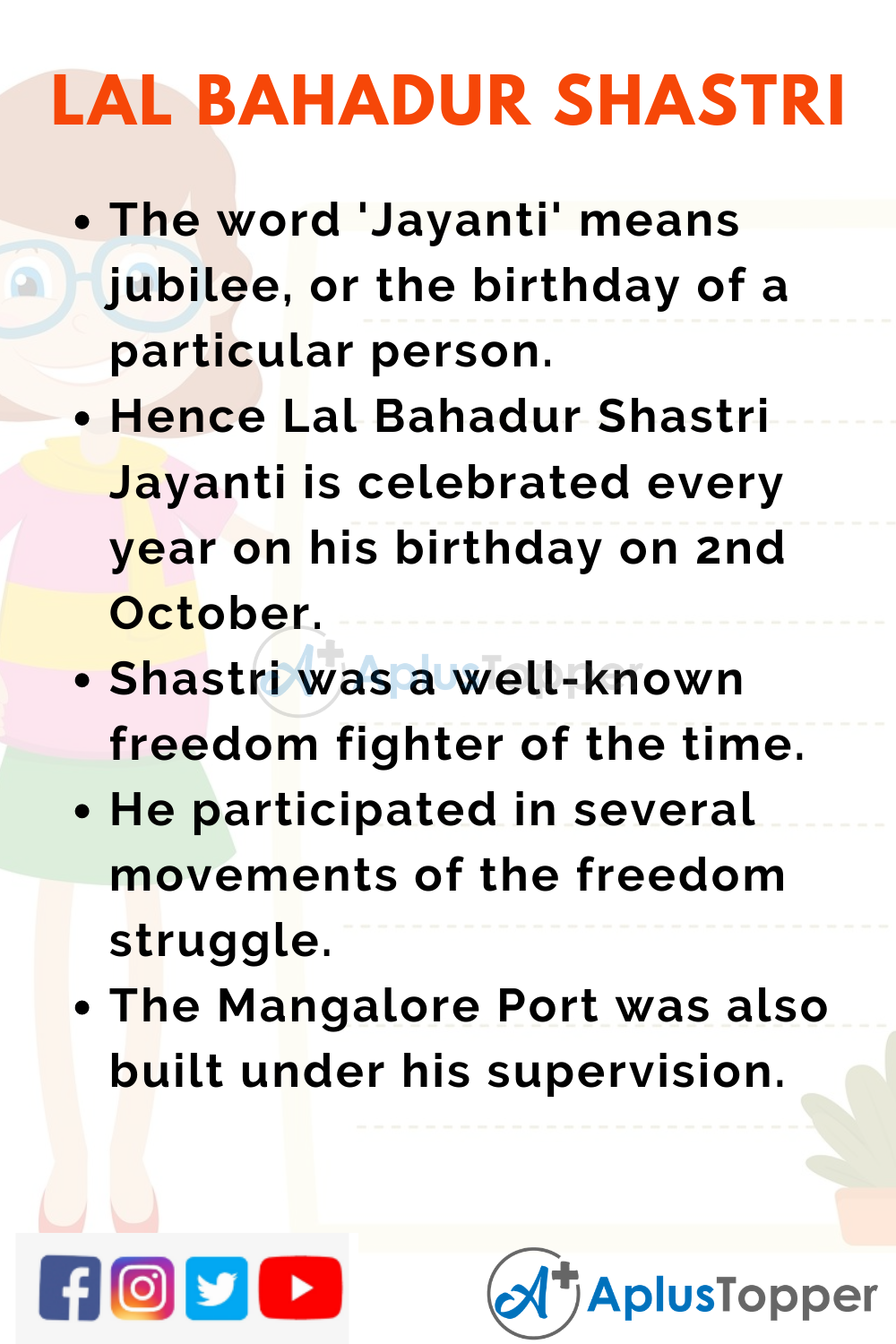 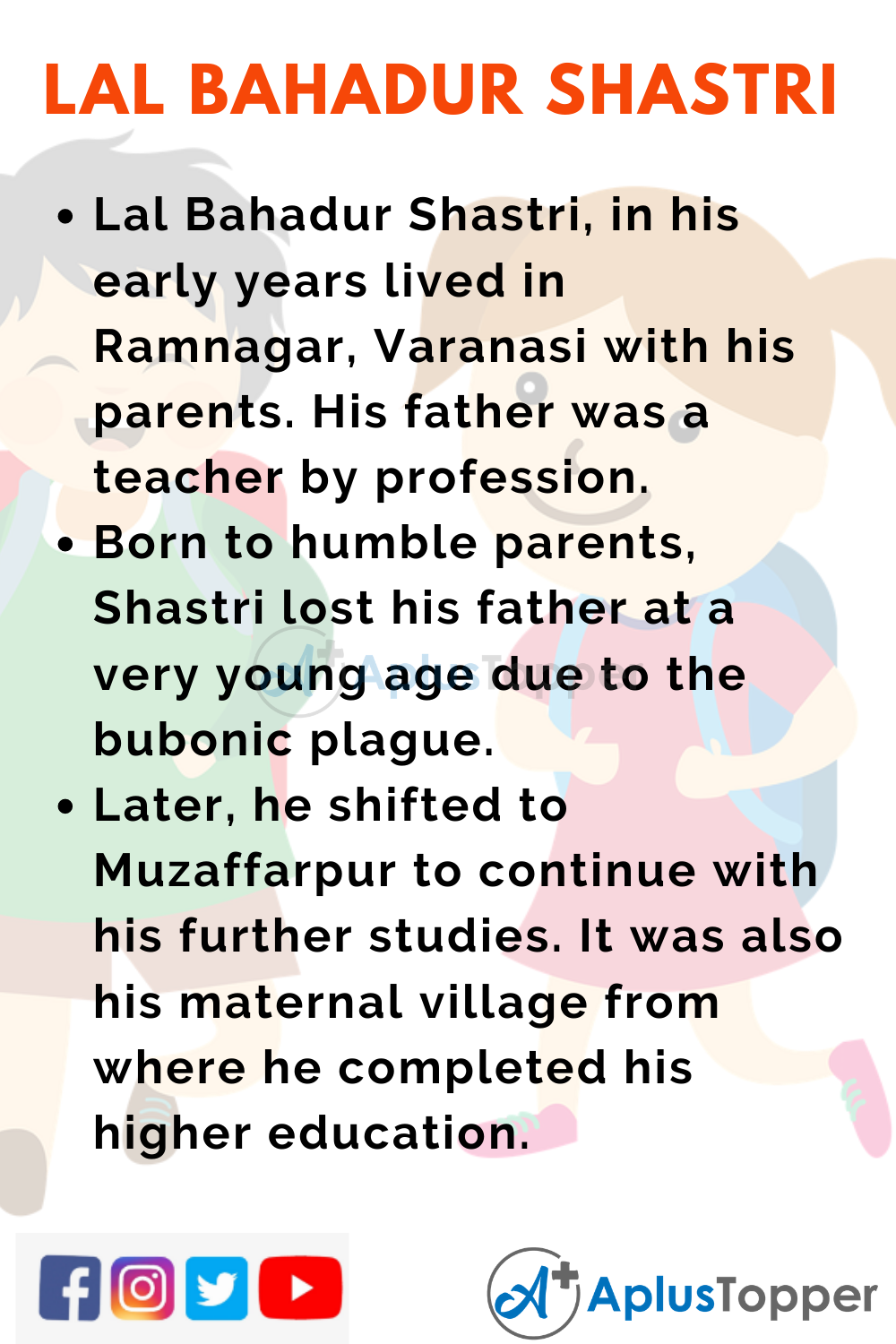 Question 1.
How many years of Lal Bahadur Shastri Jayanti will be celebrated in 2020?

Answer:
In 2020 India will be celebrating 116 years of Lal Bahadur Shastri Jayanti.

Answer:
Shastri was married to Lalita Shastri in the year 1928. The couple had six children together.

Answer:
Shastri died due to cardiac arrest in Uzbekistan in 1966 when he was 61 years old.

Question 4.
Who succeeded Lal Bahadur Shastri after his death?

Answer:
Lal Bahadur Shastri was succeeded by Gulzari Lal Nanda, who went to become the acting Prime Minister of India at the time. Later, Indira Gandhi was elected as the 3rd Prime Minister.