This is an era where we communicate on social media platforms such as Facebook, Instagram, Twitter on LinkedIn and as a result of which, it gives us a sense of acquiring knowledge but when we dig deeper, we come to know that most of the knowledge and content that we consume on digital platforms can be propaganda-driven, fake news and toxic in nature. 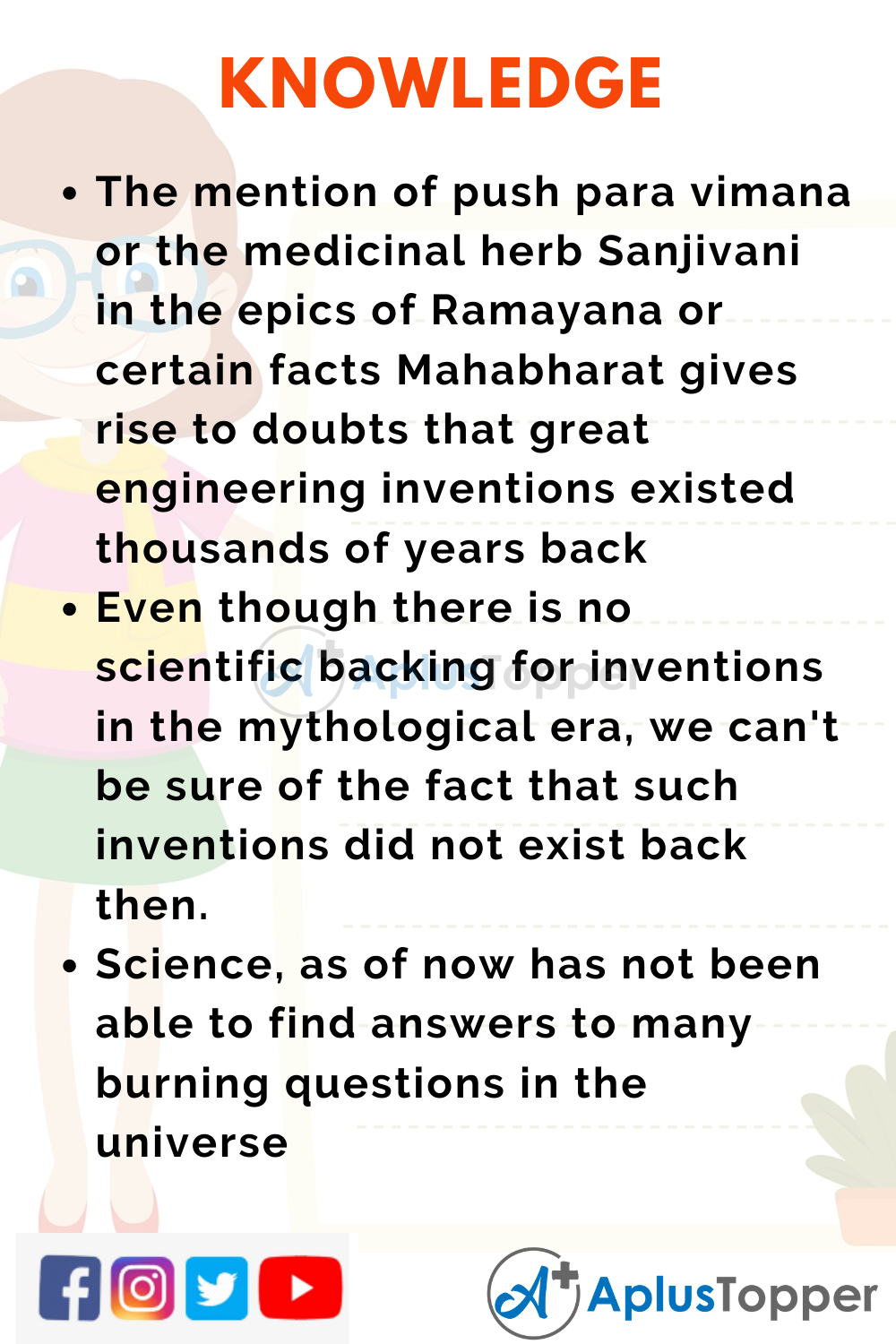 FAQ’s on 10 Lines on Knowledge in English

Question 1.
What is knowledge?

Answer:
Knowledge can be defined as information, facts or skills that one poses and intends to pass it on to another person

Question 2.
What is the importance of knowledge in our society?

Answer:
It is because of our accumulation of knowledge that we have been able to make economic, social, political and cultural progress in our society

Question 3.
What are the different types of knowledge?

Answer:
Declarative, somatic, contextual and procedural are the 4 different types of knowledge

Question 4.
What are the two types of knowledge documentation?