10 Lines on Kevin Systrom: Kevin Systrom is an American engineer from Stanford University who co-founded the popular social media platform, Instagram along with Mike Kreiger. Known to be a visionary business leader, Kevin, currently the CEO of Instagram, has helped the company grow multifolds in terms number of employees, revenue flow and the market share since its inception. It is because of his signature style of leadership that makes Instagram one of the most technologically advanced and innovative companies in the whole world. 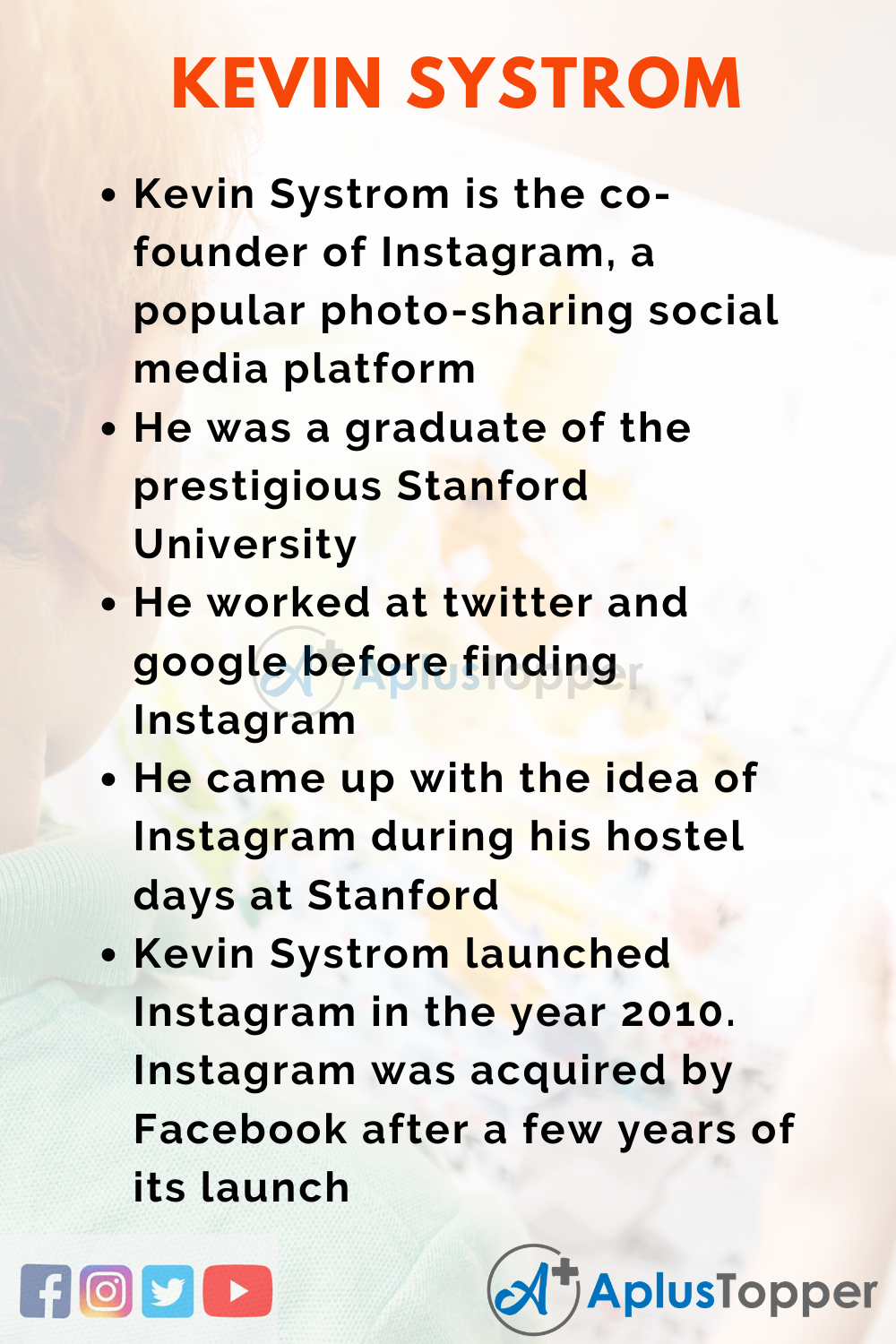 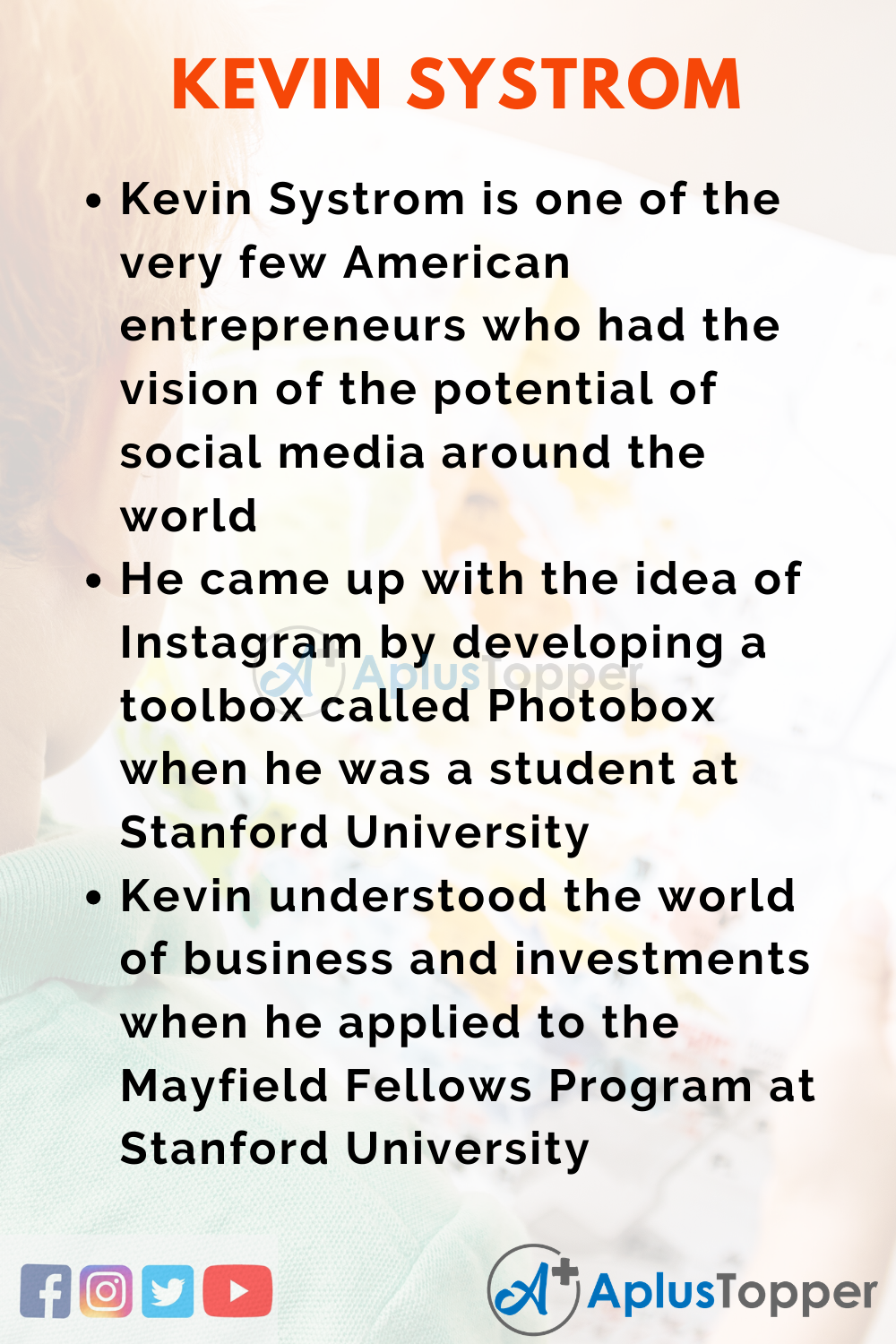 FAQ’s on 10 Lines on Kevin Systrom in English

Question 1.
Who is Kevin Systrom?

Question 2.
How much is Kevin Systrom worth?

Answer:
According to sources, Kevin Systrom is worth around 1.1 billion dollars

Question 3.
How did Kevin Systrom come up with the idea for Instagram?

Answer:
Since Kevin is passionate for photography and knew the potential of internet and data, he combined both of them and used his knowledge gained at his former employer Google, to create Instagram

Answer:
Kevin Systrom has bought in a unique style of leadership that promotes innovations in the company and hence his presence at the helm of Instagram is important to retain its brand identity and technological edge