10 Lines on International Day for Natural Disaster Reduction: The international day for natural disaster reduction is celebrated on the 13th of October every year. This is dedicated to educating people on taking measures to reduce the risk due to the disasters. It is done to preserve the human & animal life and great achievements of human beings.

The government and the NGOs related to its work use different means to educate people about disasters. They go and do live shows and do different types of advertisements are done through T.V., newspapers, posters, etc. It is essential to understand how people can save themselves and others from natural disasters. Just a few months back, Australia faced bush fire, which devastated hectares of vegetation, and the animal lives depend on it.

Even in India, states like Assam & Bihar face floods every year, which brings a lot of destruction. It is high time that the government and people both come together and take measures to reduce the damage due to natural disasters. 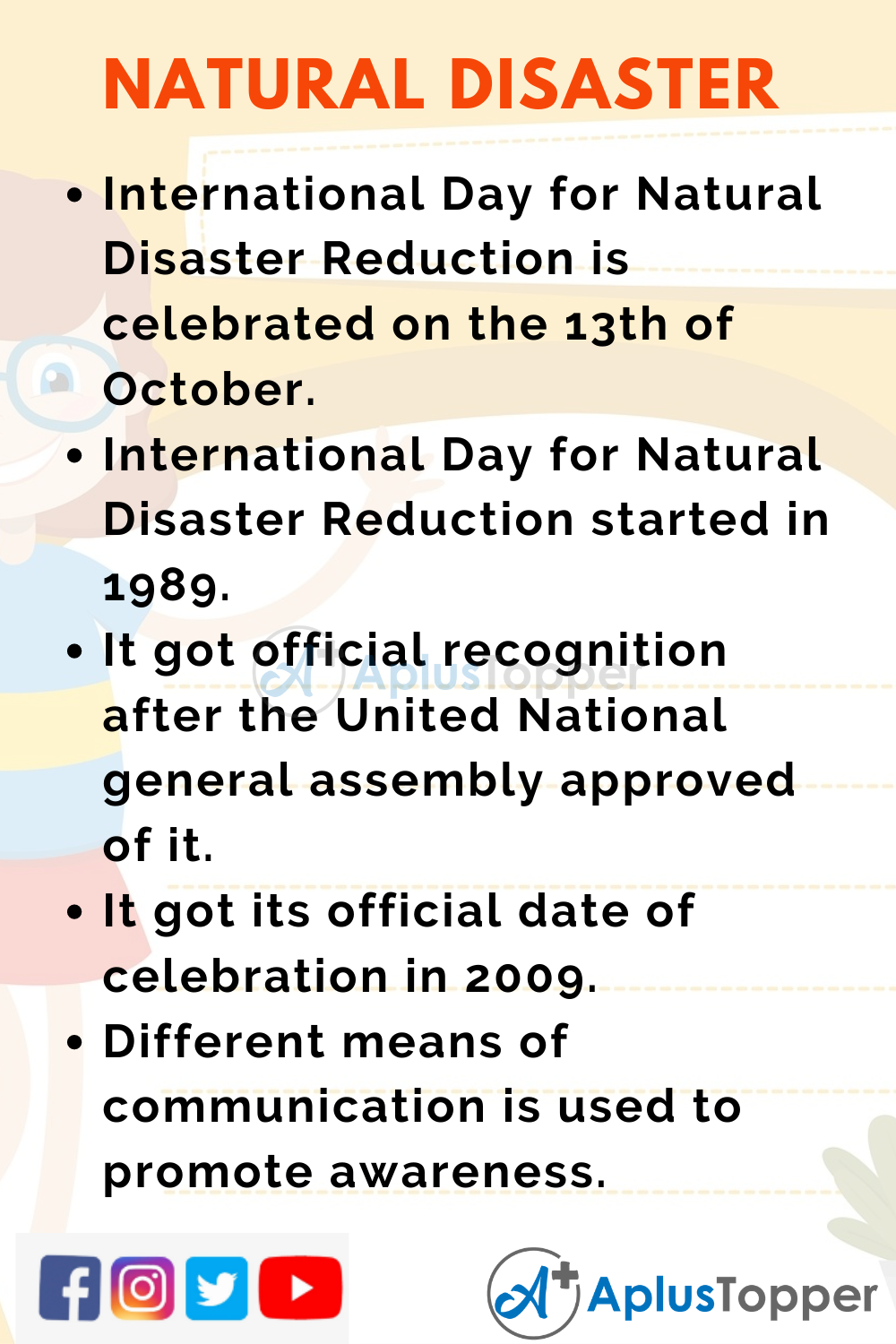 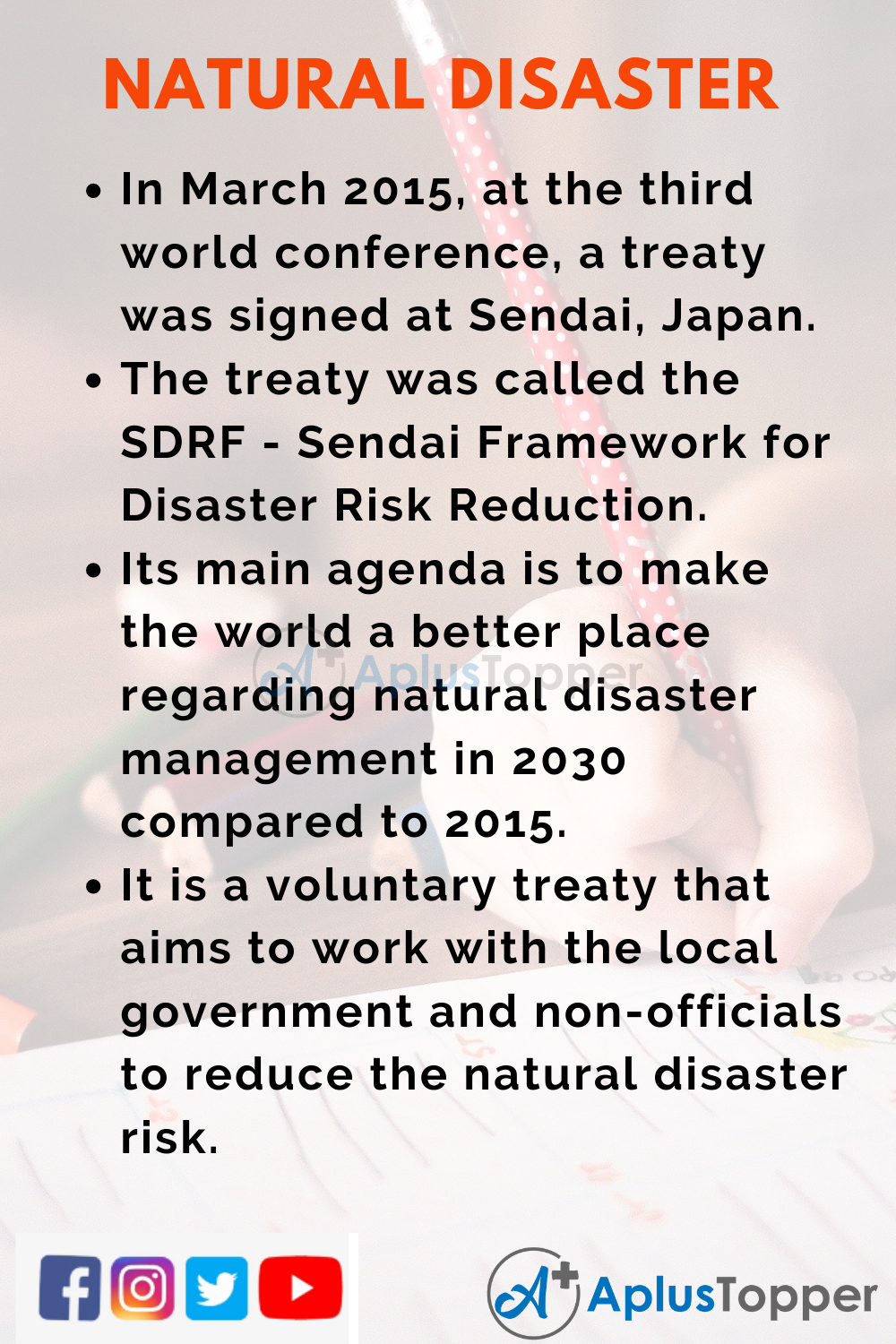 Question 1.
When is the International Day for Natural Disaster Reduction celebrated?

Answer:
International Day for Natural Disaster Reduction is celebrated on the 13th of October every year.

Question 3.
What is the full form of SDRF?

Question 4.
How many factors does SDRF have taken in judging the Reduction in Natural Disaster?