10 Lines on Indian Flag: The tricolour flag that represents unity in diversity is the core symbol of the national integration of India. One does not need to be told to respect the tricolour Indian flag. A horizontal and rectangular tricolour of saffron, white and Indian green with a 24 spoke wheel in the middle, known as Ashoka chakra is a basic, rudimentary description of the Indian flag. 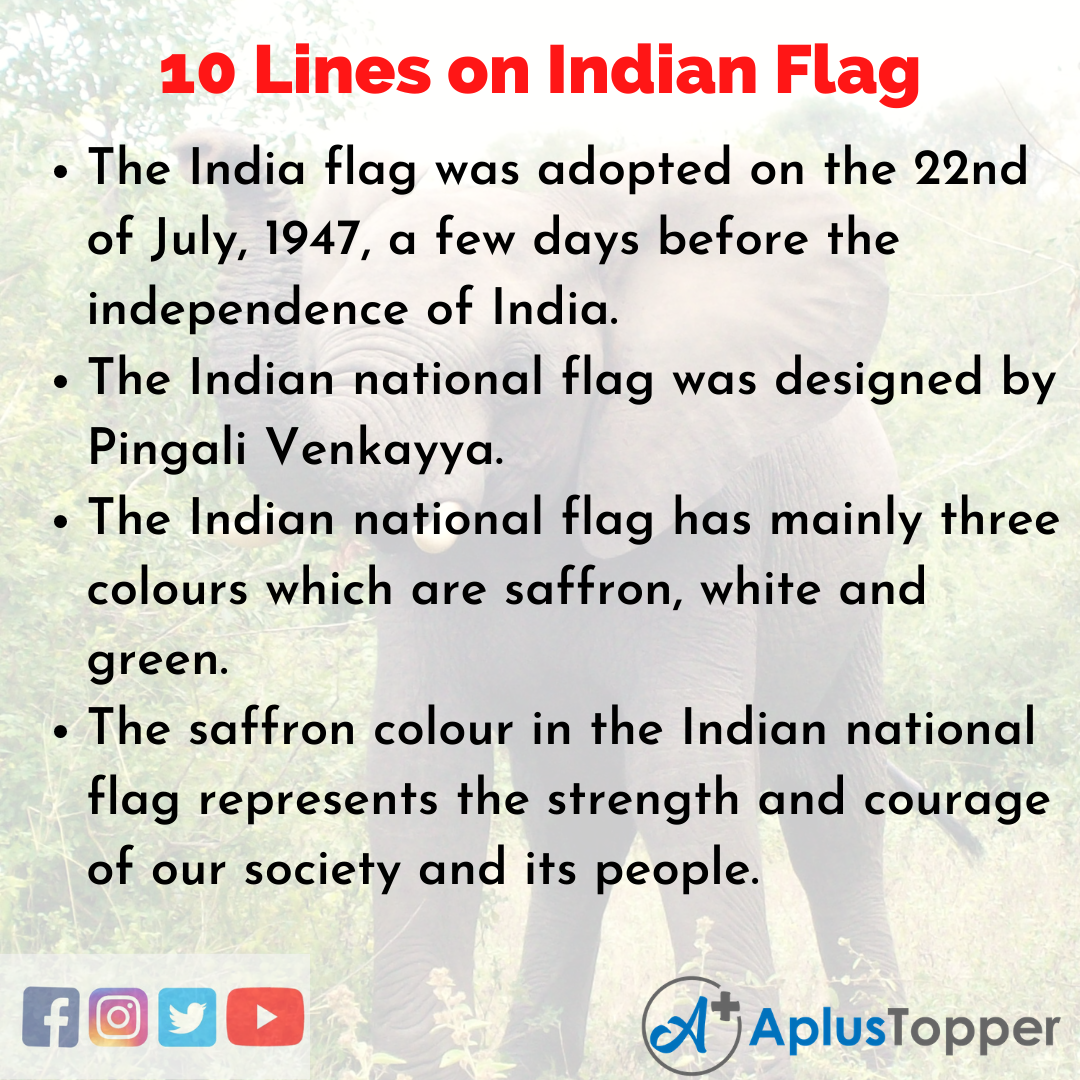 FAQ’s on 10 Lines on Indian Flag

Question 2.
What do the different colours in the Indian National Flag symbolise?

Question 3.
What is Dharma Chakra?

Answer:
Dharma Chakra or the wheel of life is a symbol that is used in religions such as Hinduism, Jainism and Buddhism which represents the cycle of life and the various ups and downs associated with it.

Question 4.
Which is the biggest Indian national flag in India?

Answer:
The biggest Indian national flag hoisted in the world was in the district of Belgaum in the state of Karnataka