10 Lines on Indian Festivals: India is a very diverse country with 9 major religions, hundreds of languages, different ethnicities and cultural background living together as one nation. It is a unique country in which people from different walks of life come together and stay united despite their 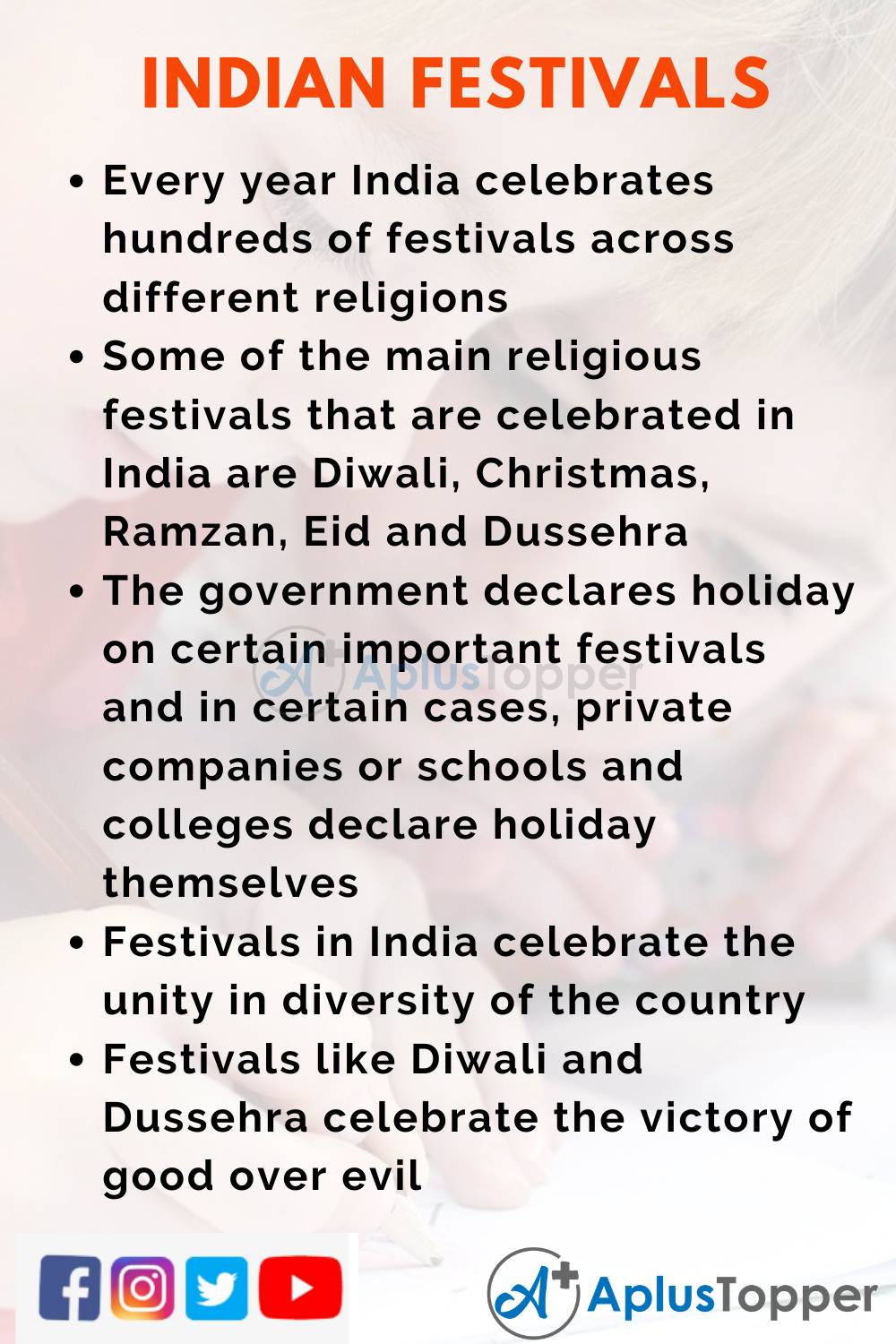 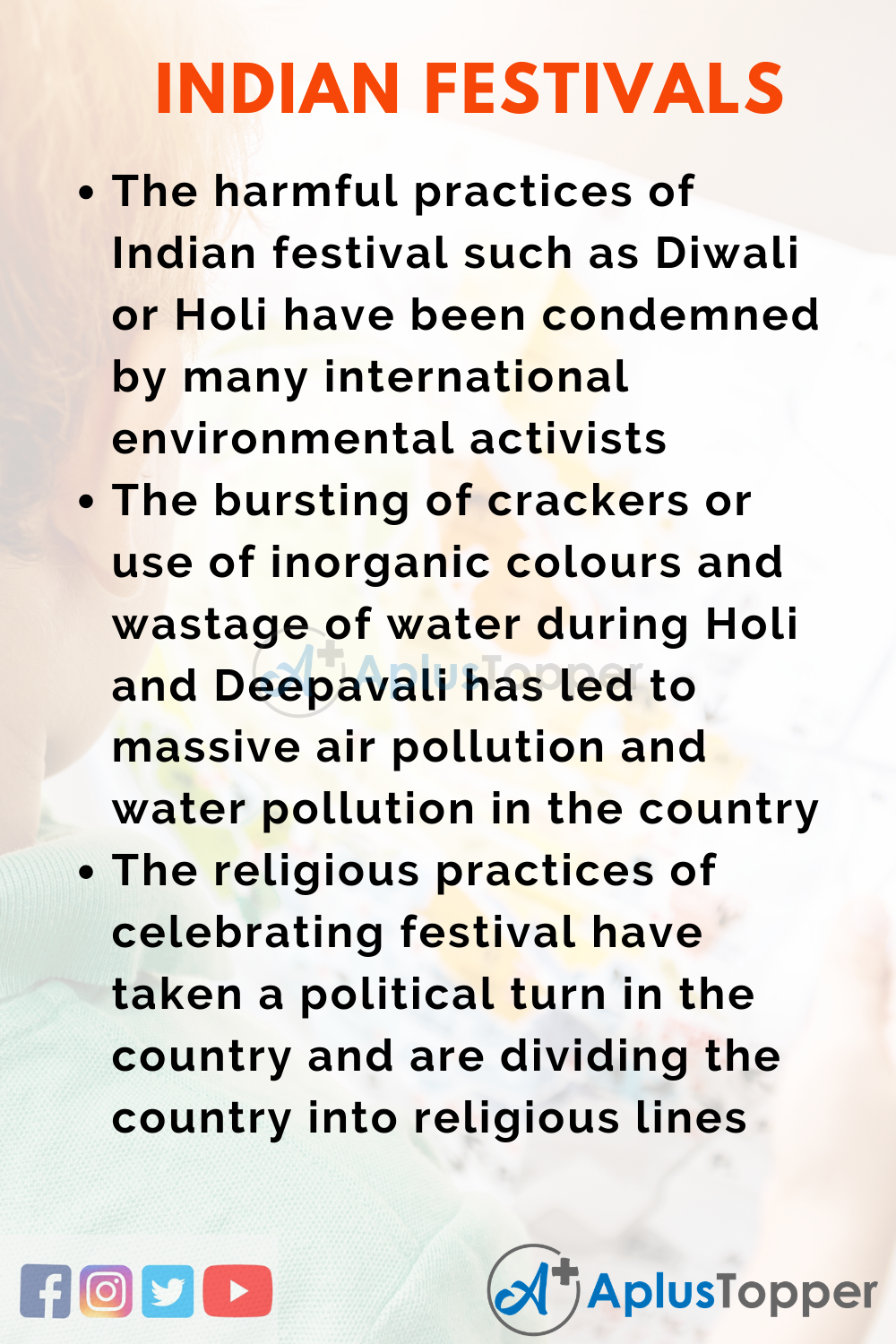 FAQ’s on 10 Lines On Indian Festivals

Question 1.
Which are some of the most celebrated Indian festivals?

Answer:
Deepavali, Dussehra, Christmas and Ramzan are the most celebrated Indian festivals

Question 2.
Why was the celebration of the festival of Jallikattu banned by the Supreme Court of India?

Answer:
The unethical and cruel practice in the festival of Jallikattu was banned by the Supreme Court of India to prevent abuse of animals

Question 3.
What do Indian festivals have in common?

Answer:
Unity in diversity and celebration of good over evil are some of the few values that every Indian festival has

Question 4.
Why does India celebrate festivals from other religions other than Hinduism?

Answer:
India is a secular country which consists of people of various religious backgrounds who lived here from many decades and the respect they have for each of them makes them want to celebrate all festivals irrespective of their religious faith