10 Lines on Indian Culture:India is one of the countries of ancient time in the world. People, weather, and geographical conditions have deeply influenced Indian culture and tradition. It is believed that Indian culture is unique in the world. It is because India has diversity in many religions, castes, ethnicity, and race. 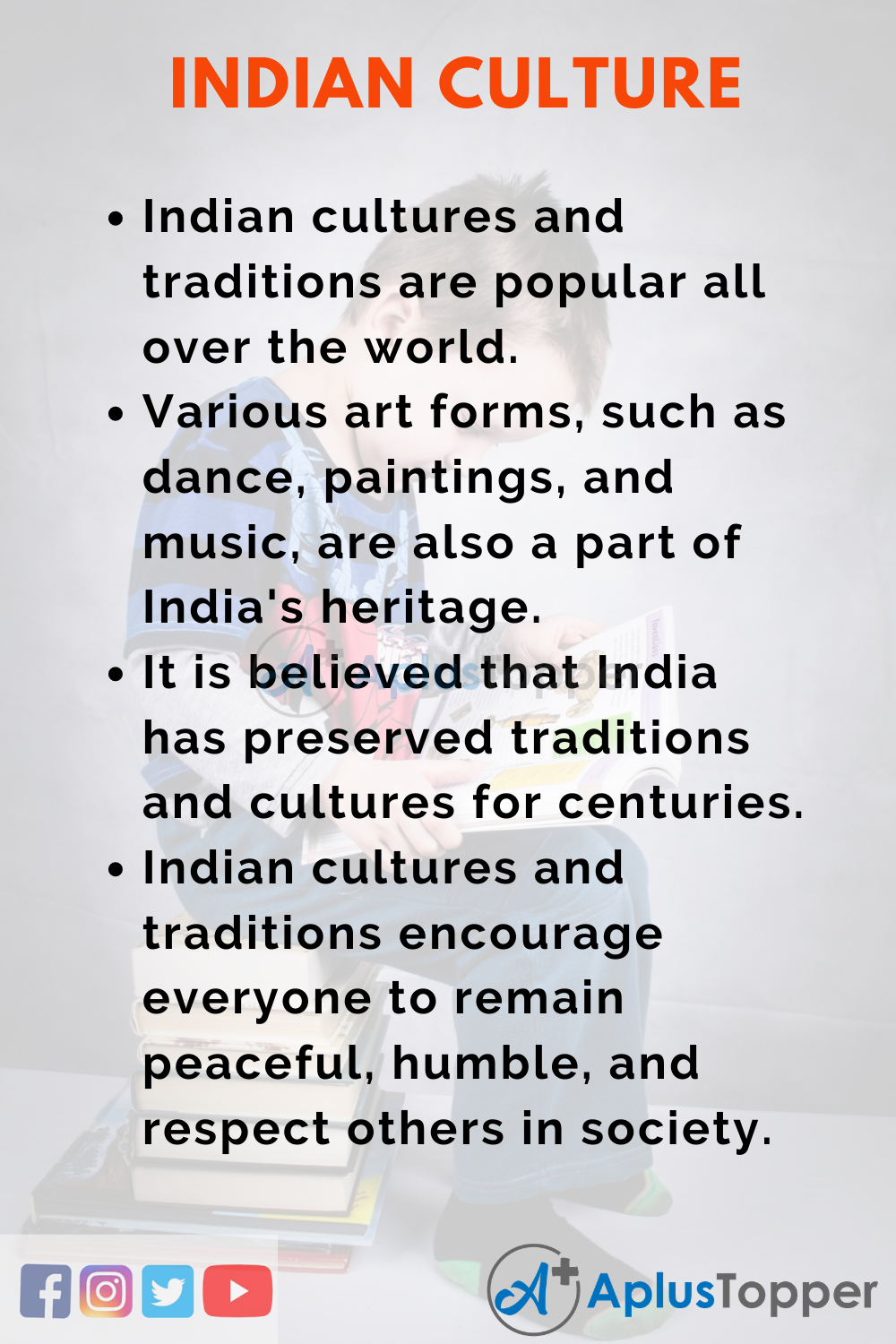 FAQ’s on 10 Lines on Indian Culture

Question 1.
What is the culture in India?

Question 2.
How can you teach Indian culture to someone?

Question 3.
What is unique about Indian culture?

Answer:
India is a land that ‘Unity in Diversity’. Also, many different forms of dances are found in different parts of India. They are the best way of representation of the particular culture and tradition from which they originate.

Question 4.
What does Indian tradition and culture teach everyone?

Answer:
Indian tradition and cultures are the contiguous of honesty, truth, affection, respect and brotherhood with justice, right to human.