10 Lines on India of My Dreams: Given the present condition of the world during the coronavirus pandemic, it becomes a little bit difficult to imagine the India of My dreams come true in the next few years. However, as a patriot and a nationalist who is well-read and well-informed, I do believe that India of My dreams will come true one fine day if not very soon. 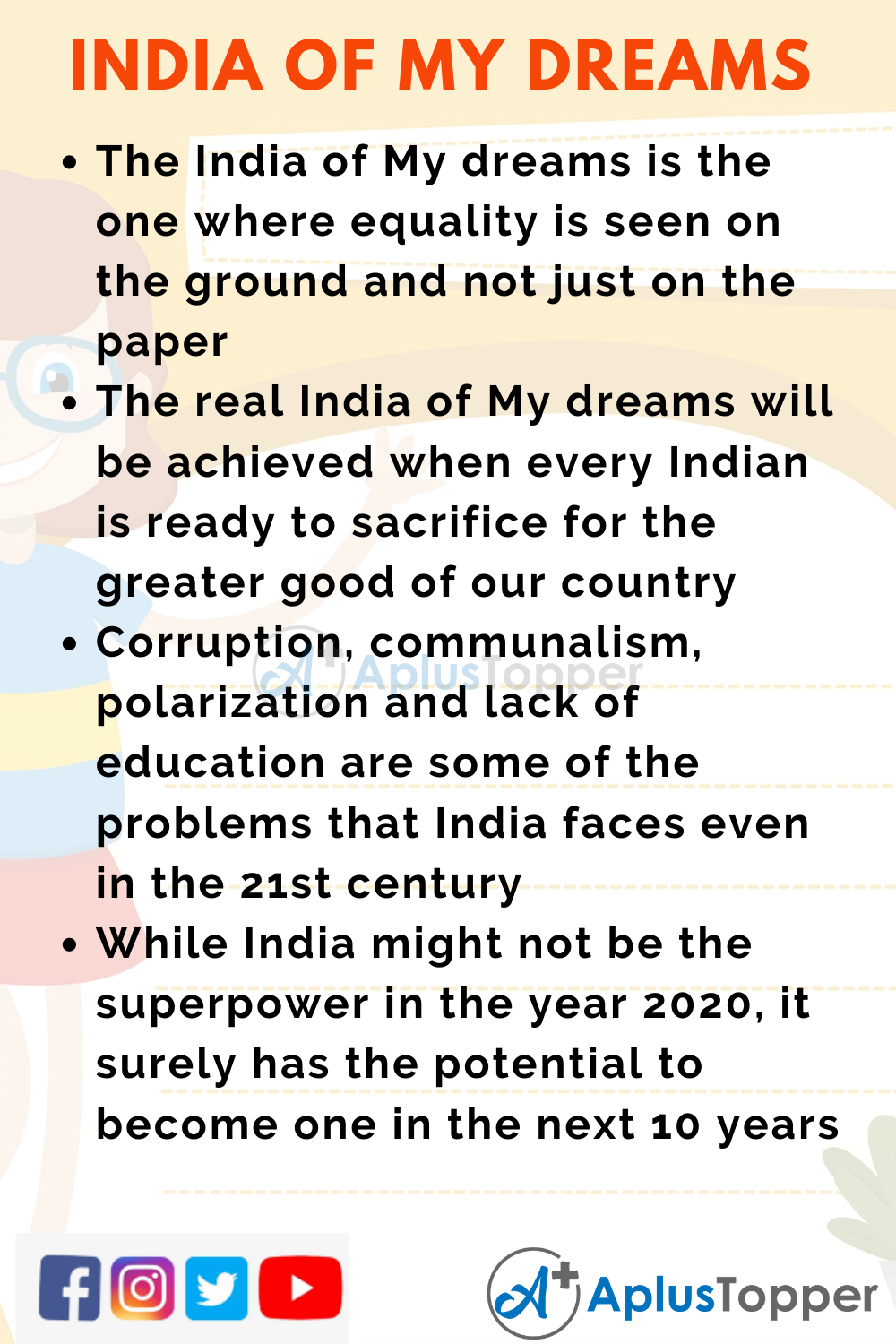 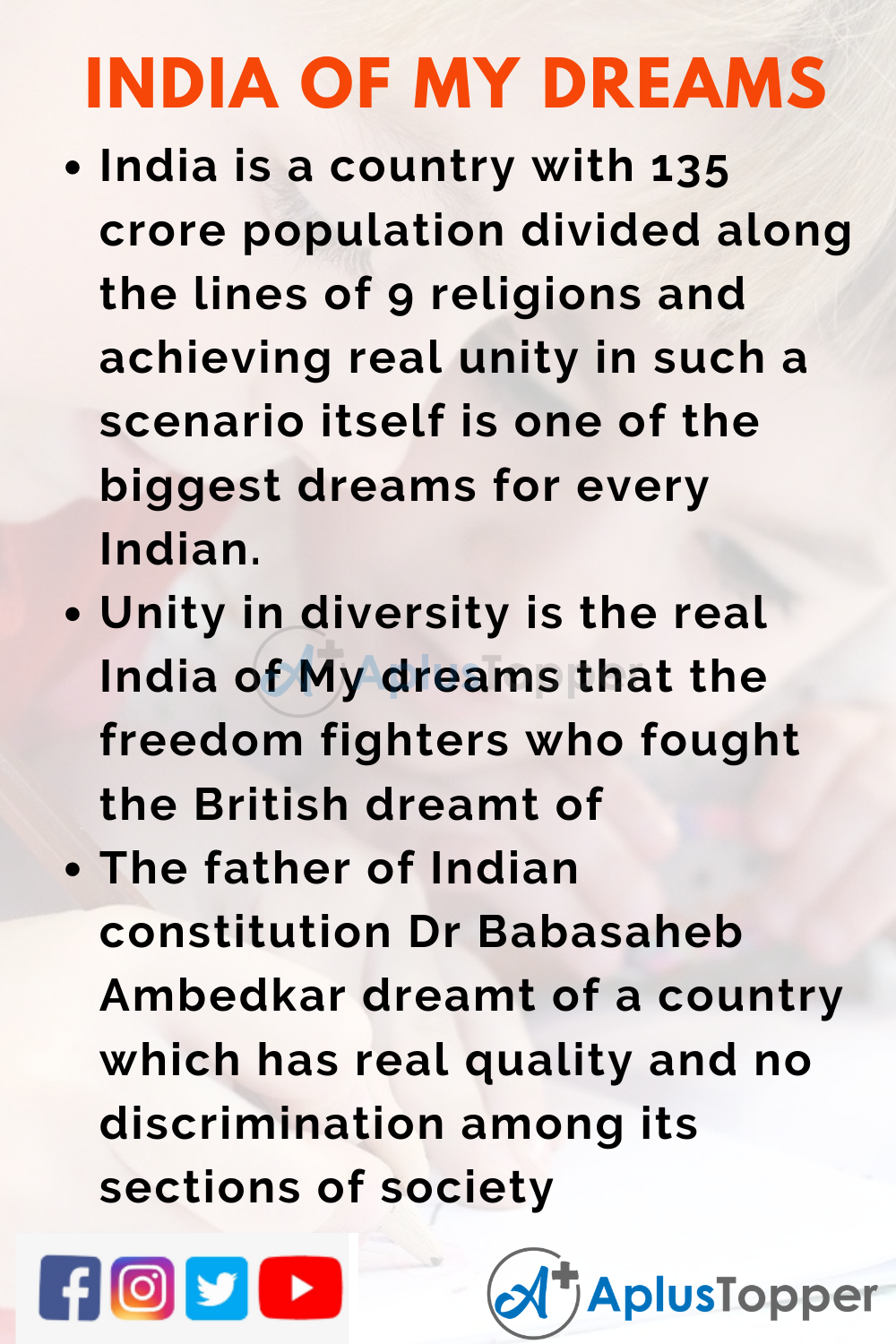 FAQ’s on 10 Lines on India of My Dreams

Question 1.
What are the problems that India is facing in the 21st century?

Answer:
Corruption, communalism, lack of education are some of the few problems that India is facing in the 21st century

Question 2.
Will India ever become a superpower in the world?

Answer:
With the right political intentions and changes in the bureaucratic system of the country, India can definitely become the next superpower in the world

Question 3.
What is your India of My Dreams?

Answer:
The India of My dreams is a country where everyone can live with dignity without being discriminated based on caste, creed, religion, race or gender

Question 4.
When will India become a superpower?

Answer:
India aims to become 5 trillion dollar economy by the year 2025 but the COVID-19 pandemic has put a brake on its dreams. But it is expected that in the next decade or two India is going to achieve the superpower status in Asia and around the world