10 Lines on Independence Day: One of the most important days in the history of contemporary India is August 15th of the year 1947. After 200 years of brutal British rule in the subcontinent of India, on August 15th of 1947, India was divided into two countries namely Pakistan and India. August 15th, 1947, which is also known as Independence Day of India, holds a lot of significance to the democratic structure of India, and a sense of patriotism and nationalism is imbibed into every Indian on this particular day. 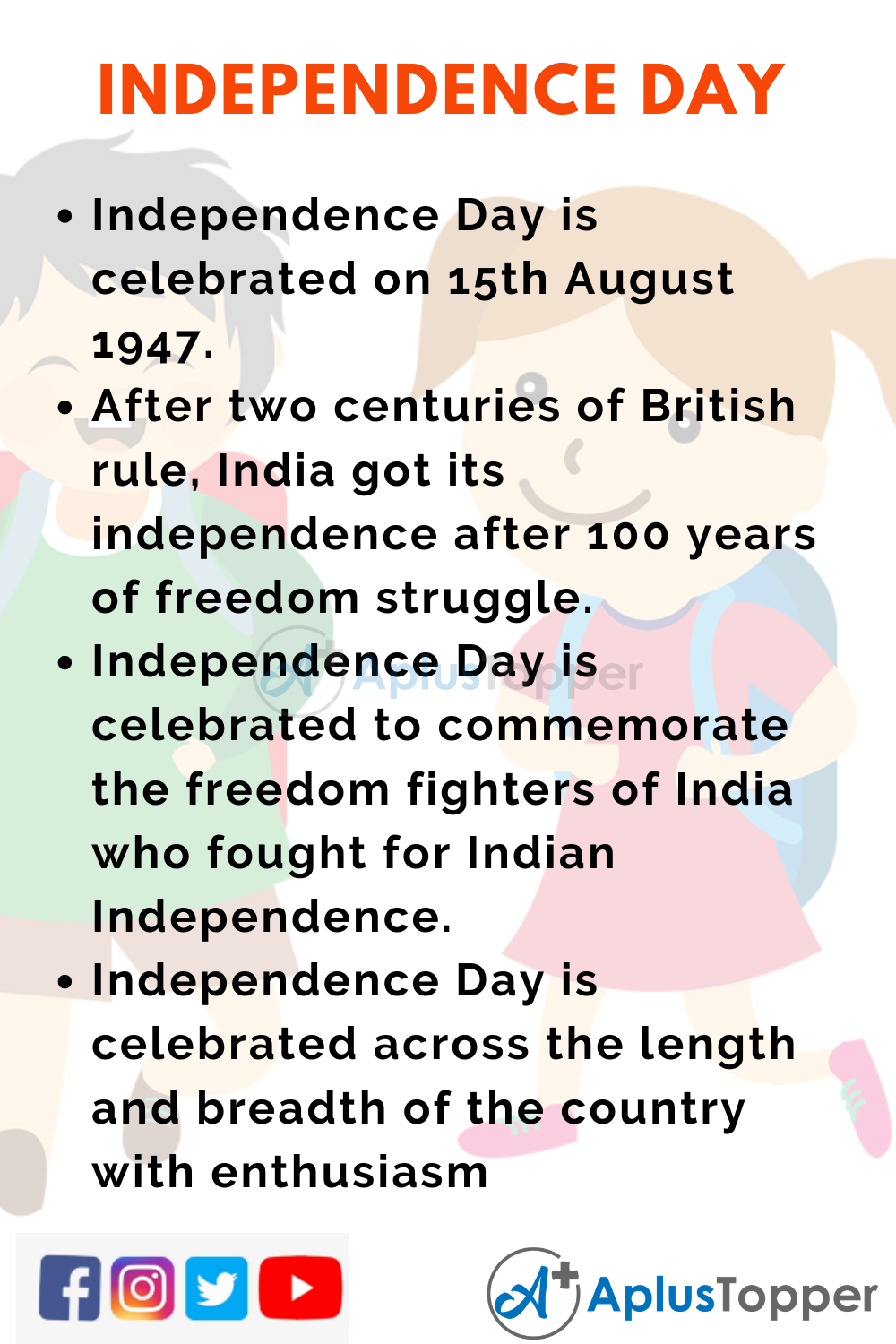 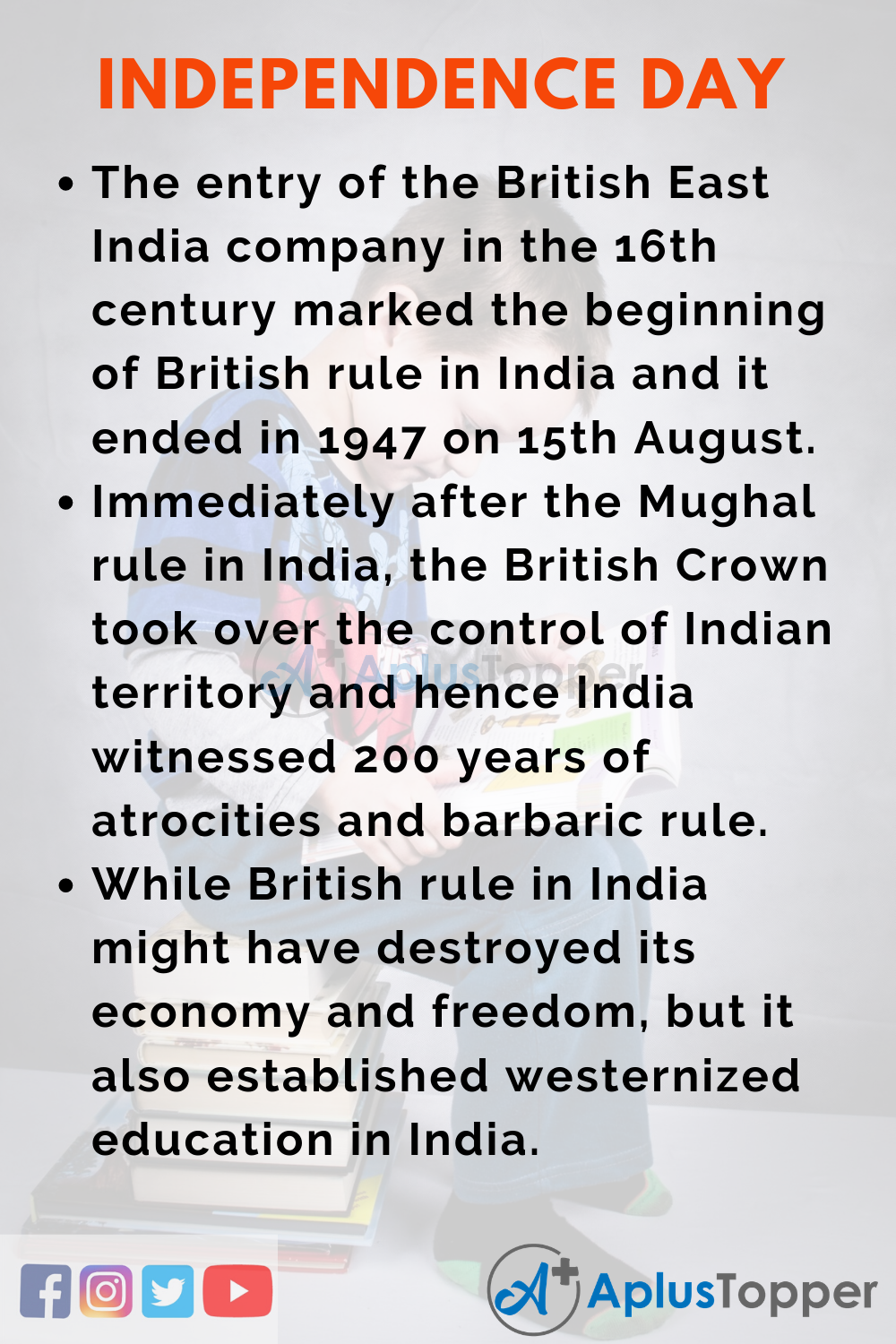 FAQ’s on 10 Lines on Independence Day

Question 1.
When did India revolt for the first time against British?

Answer:
Historians suggest that the sepoy mutiny of 1857 was the first act of Indian Independence movement against British.

Question 2.
How does the President of India celebrate Independence Day?

Answer:
Usually on the eve of the Independence Day, the President of India addresses the nation through television and talks about the democratic and constitutional values of the country and the bravery and struggle our heroes faced during the freedom struggle.

Question 3.
How long has it been since India attained independence from the British?

Answer:
on 15th August 2020, India will be celebrating its 73rd independence day.

Question 4.
What is the significance of Independence Day of India?

Answer:
Independence Day instils a sense of patriotism and nationalism for today’s Indians and educates them about the freedom struggles and heroic activities that our freedom fighters achieved.