10 Lines on Honey Bee: Small flying insects called Honey Bee is essential for the survival of humanity in the world. Honey bees might be small in size but their contribution and importance in maintaining a healthy ecosystem are high. Bees are mainly found in habitats such as tropical rain forests and Woodlands, grasslands and Gardens where there are more flowers and green matters available. 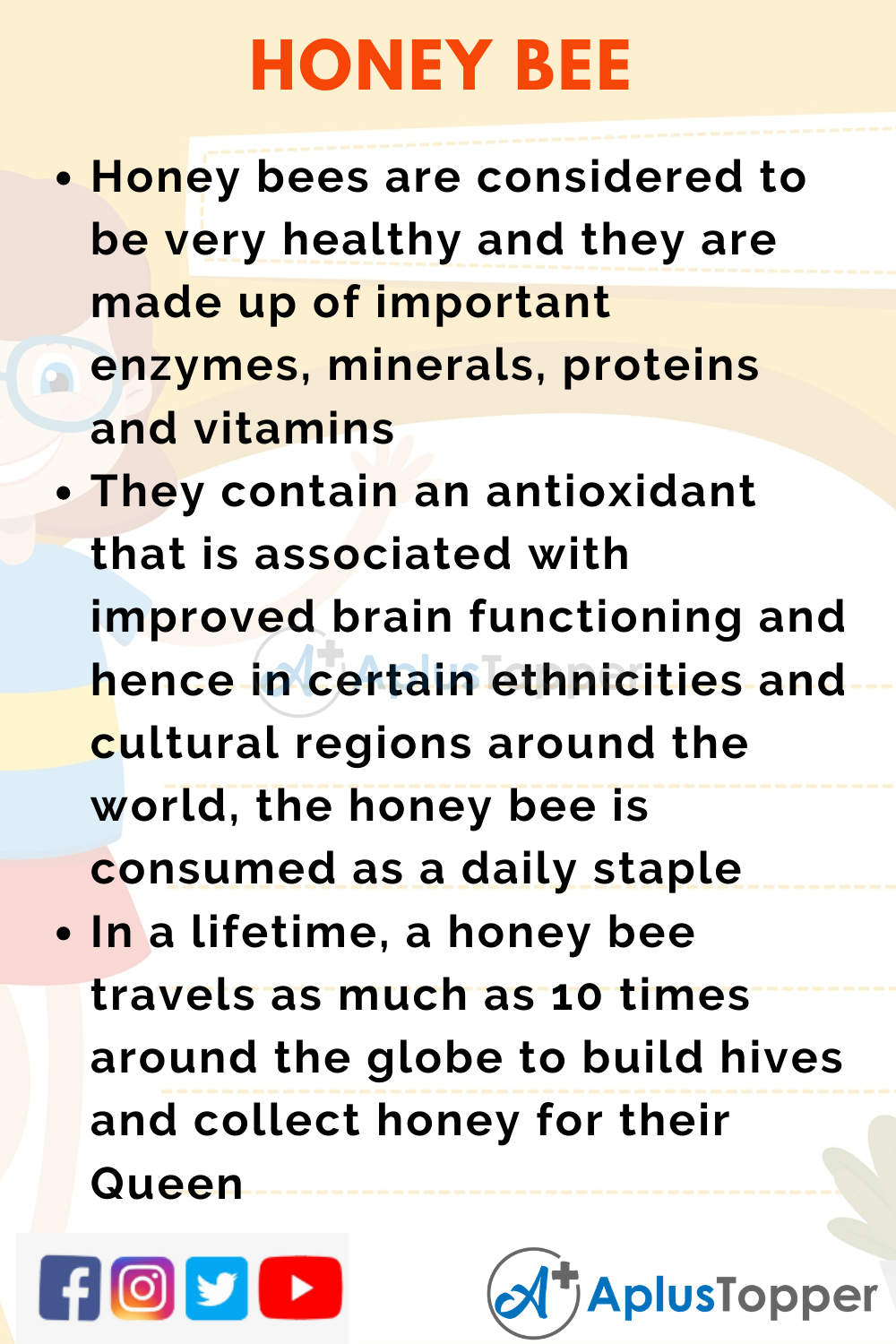 FAQ’s on 10 Lines on Honey Bee

Question 1.
What will happen if honey bees get extinct?

Answer:
Honey bees are the main source of pollination and if honey bees go extinct, then the whole food chain and the agricultural cycle will be affected

Question 2.
How long can human beings survive without honey bees?

Question 3.
Why do honey bees sting?

Answer:
Honey Bee sting as a defence mechanism to protect themselves and their Queen from predators.

Answer:
The main component of the bee sting is a toxin called as melittin and can be poisonous but not fatal.