10 Lines on Harita Kaur Deol: Flight Lt. Harita Kaur Deol was a Brave woman who known as a dream achiever at a very early age of 22 years. She served the India Air Force as a pilot. She was an example of woman empowerment and for all the women. Where women not allowed to leave their little cocoon in our society. Lt.Harita Kaur was an Independent woman, who is the best for three reasons,

First, an independent woman has a healthy mind. For example, she is not easy to complain about it. And then, she doesn’t easily give up in a difficult situation. Moreover, she will face problems with courage. And also, she wants to work to achieve the goal.

The second, an independent woman, can do anything without depending on others. Because of that, she will have extensive experience. Generally, she has a precept principle that is not easily influenced by others. Besides, she doesn’t bother some people around her. Even more, she can motivate herself when others do not care. So Flight Lt. Harita Kaur Deol was an example for all these qualities, She was a self-motivated woman. 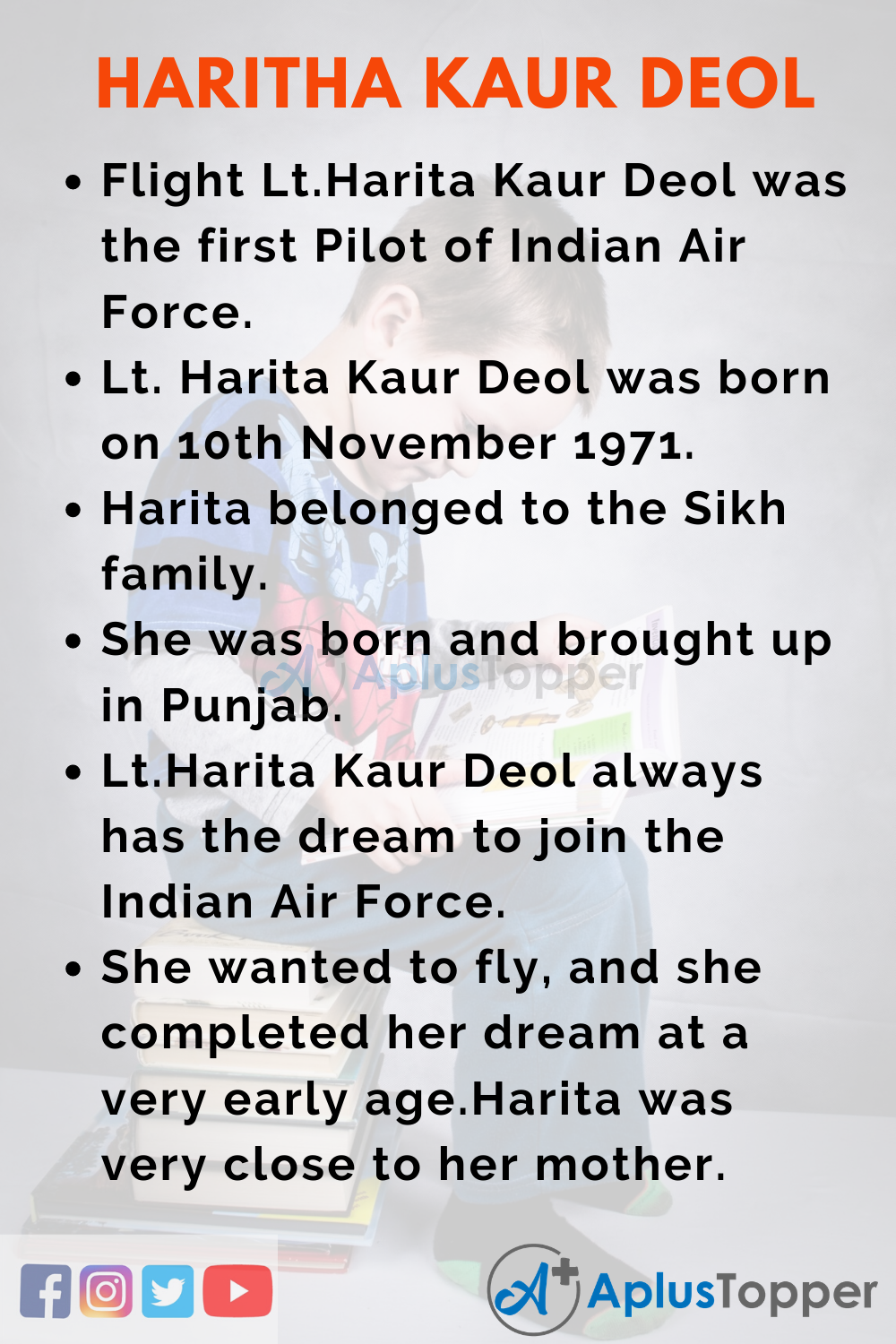 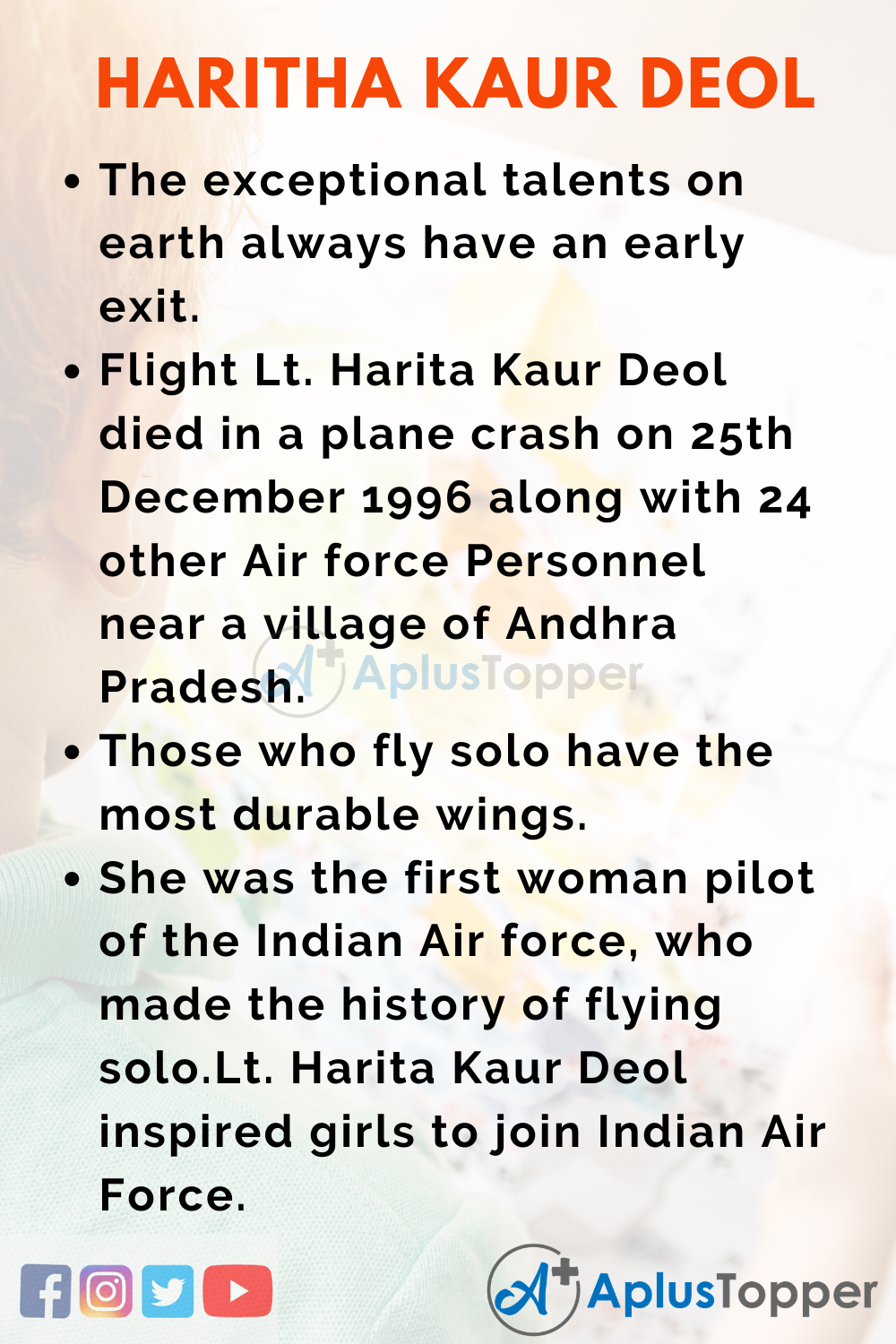 Question 1.
Who was Harita Kaur Deol?

Question 2.
When and Where Harita was born?

Answer:
Harita was born on 10th November 1971 and brought in Chandigarh, and she belongs to Sikh Family.

Question 3.
When Harita Kaur was flying the plane on the highest height in Indian Air Force?

Answer:
Flight Lt. Harita Kaur Deol died in a plane crash on 25th December 1996 along with 24 other Air force Personnel near a village of Andhra Pradesh.