10 Lines on Goat: A domesticated animal which has been our friend and a saviour to human Civilization from thousands of years is the goat. Goat is found in almost all parts of the world irrespective of the climatic and geographical condition and that is what makes it suitable to human civilization. And its usefulness in terms of its skin or milk makes it one of the most preferred animals to domesticate in the world.

In this article on 10 lines on goat in English, we shall be talking about the various aspects of how goat been associated with human civilization for years, what are the importance of goats for the survival of our ecosystem. 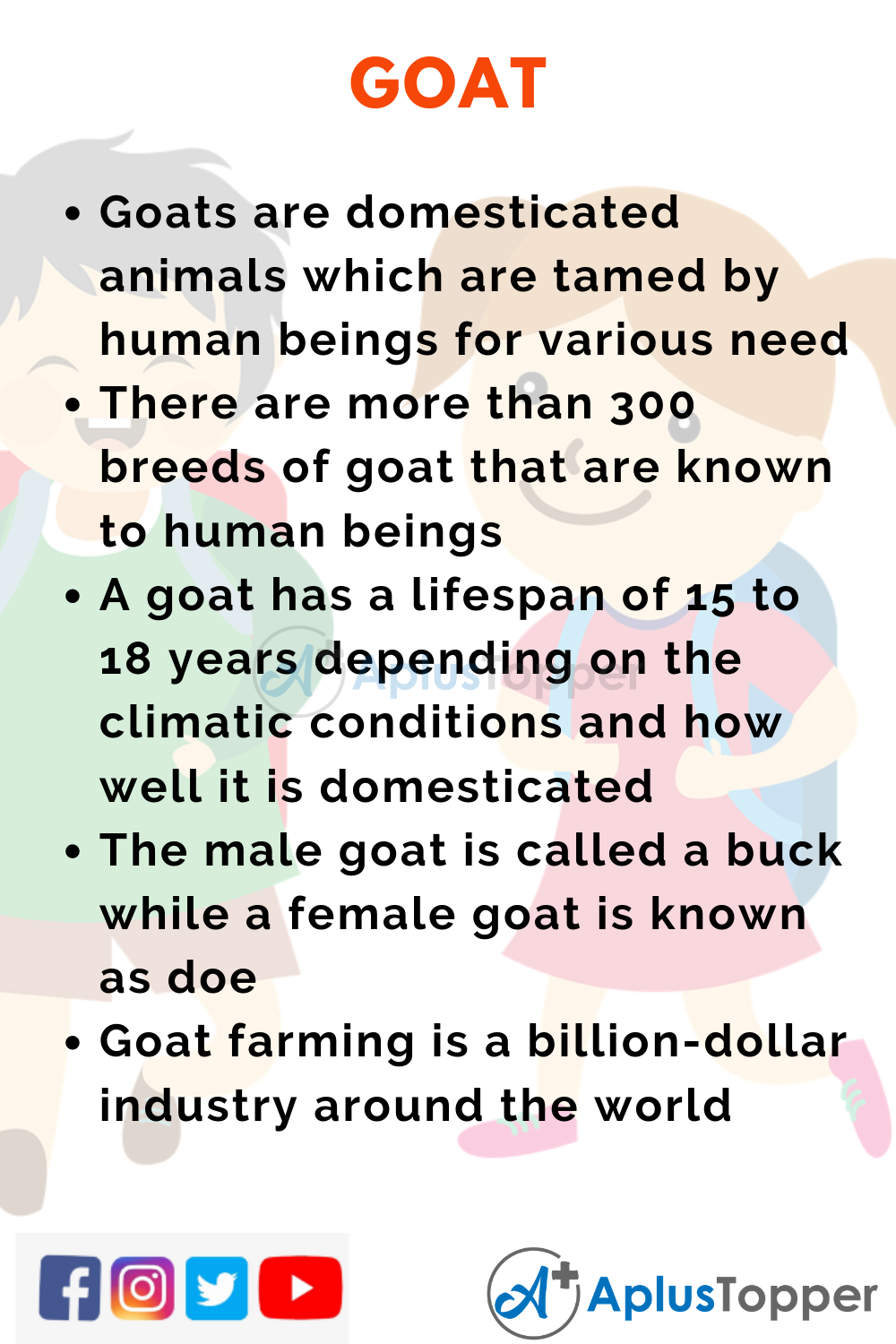 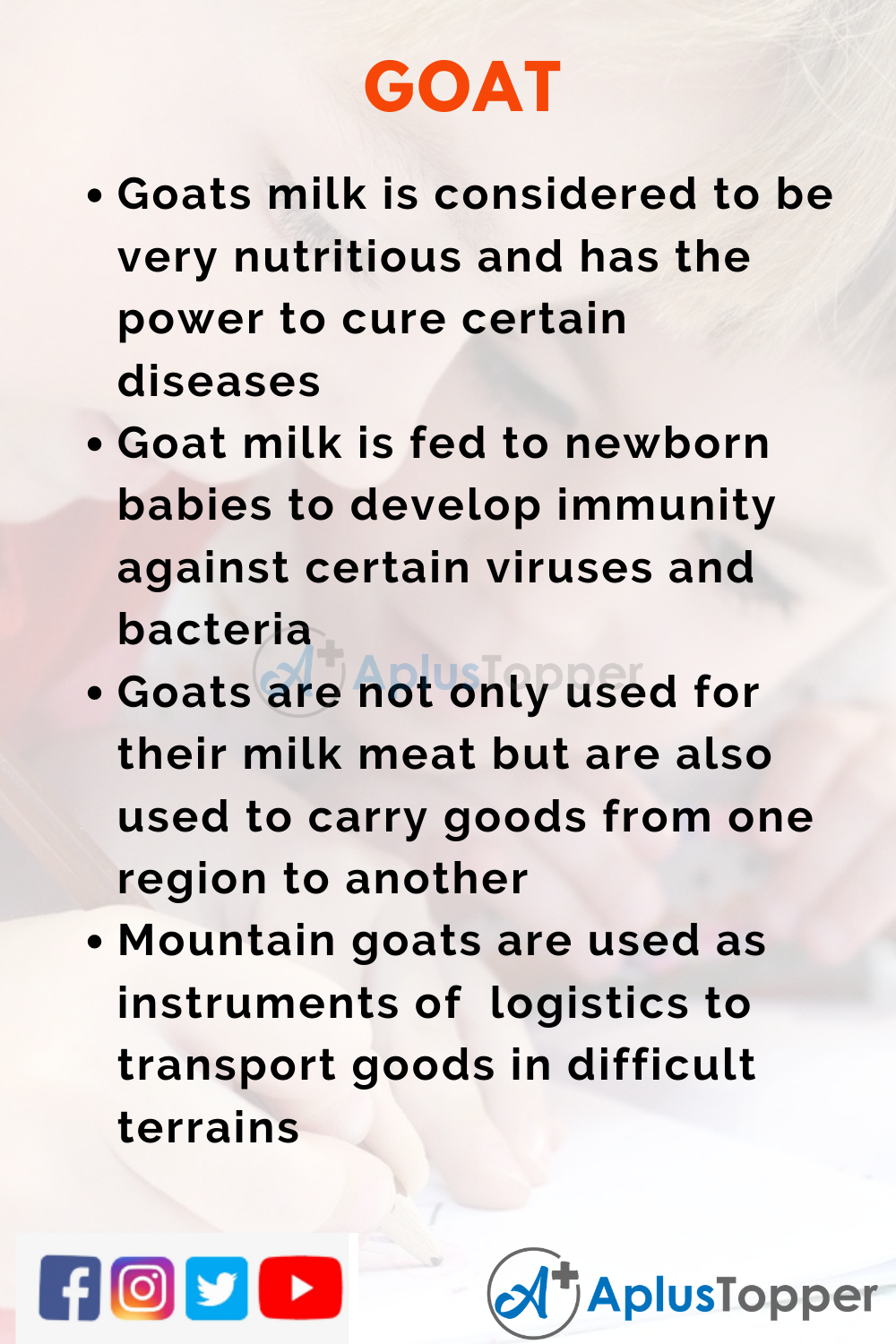 FAQ’s on 10 Lines on Goat in English

Question 1.
How many goats are there in the whole world?

Answer:
There are more than 300 million goats around the whole world

Question 2.
What is the lifespan of a goat?

Answer:
The lifespan of a goat is somewhere between 15 years and 18 years

Question 3.
What is the scientific name of the goat?

Answer:
Capra aegagrus hircus is the scientific name of the goat

Question 4.
Since how many years are goats being domesticated by human beings?

Answer:
For more than 9000 years goats are domesticated by human beings