10 Lines on Ghaggar River: Rivers are the source of life. All living organisms depend on rivers for livelihood. In India, rivers are considered holy. The eternal Ghaggar river runs down from Kalka in Shiwalik Range. It occupies the northern part of India, including states like Himachal Pradesh, Punjab, Haryana, and Rajasthan. Though man may have created boundaries to prevent free movement across the line of control, he does not have the power to stop the flowing rivers and air. The mighty Ghaggar river proves that nature does not hold prejudice against race, caste, or nationalism. It crosses the India-Pakistan physical boundaries with free will. The river is a link between India and Pakistan. Even the Rigveda of ancient India mentions the importance of the Ghaggar-Hakra river. The Harappan civilization is also said to recognize the perennial Ghaggar river. 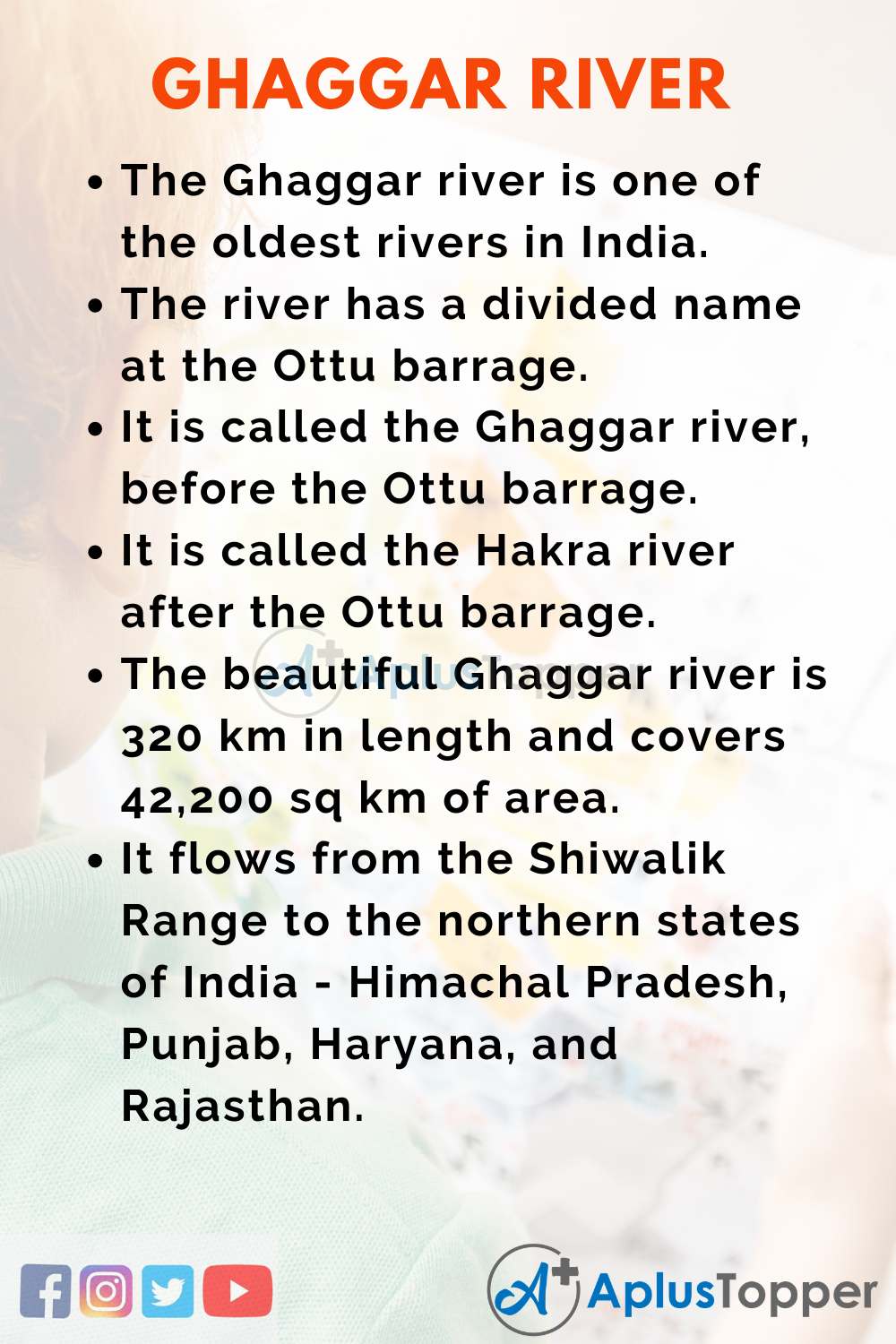 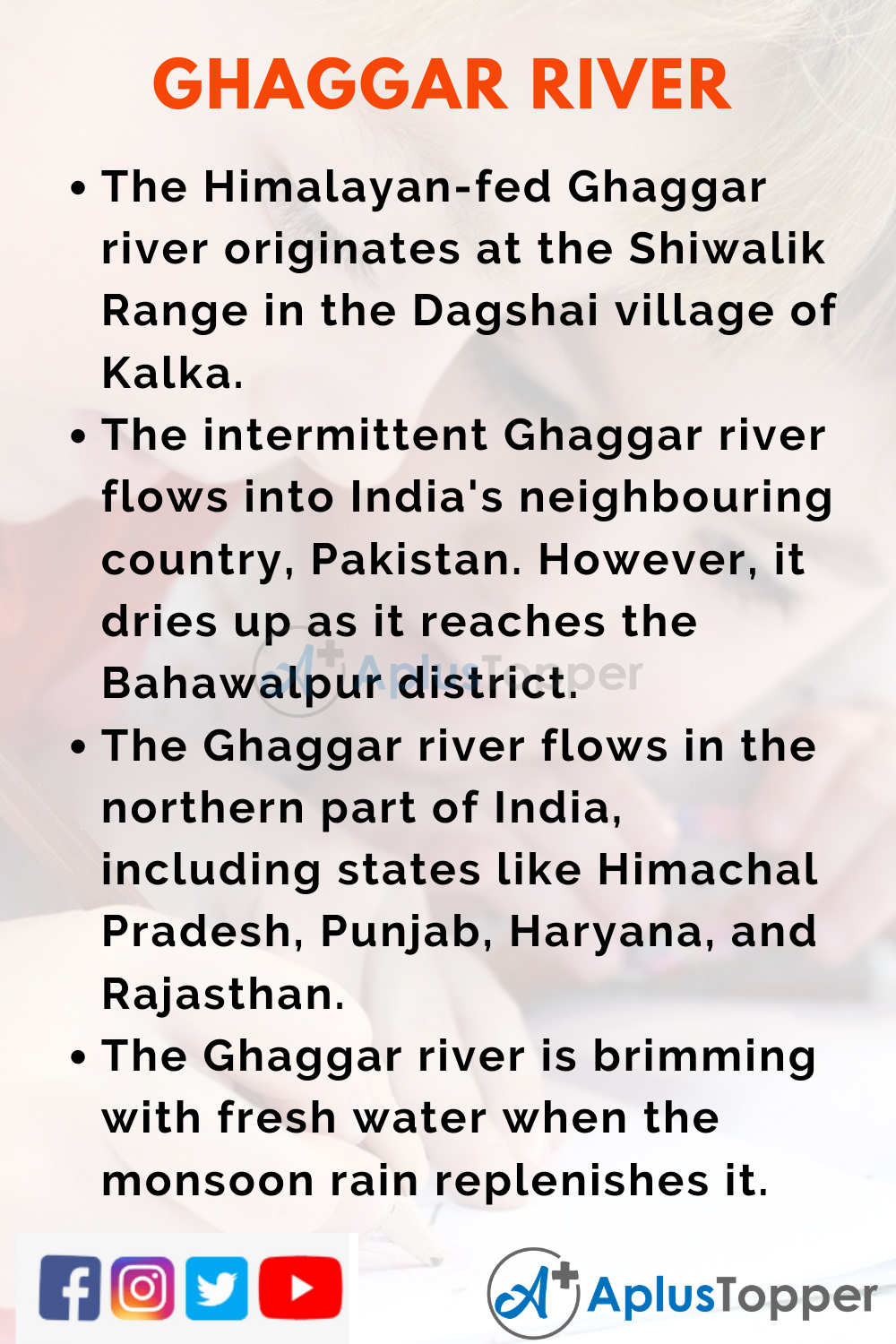 FAQ’s on 10 Lines on Ghaggar River

Question 1.
What is another name for the Ghaggar river?

Question 2.
With which country do we share the Ghaggar river?

Answer:
We share the Ghaggar river with our neighbouring country, Pakistan.

Question 3.
What is the length and breadth of the Ghaggar river?

Question 4.
Name the tributaries of the Ghaggar river.

Answer:
The Kaushalya river branches out towards the left of the Ghaggar river.  The Markanda river, the Sarsuti river, the Tangri river, and the Chautang river are the tributaries at the right of the Ghaggar-Harka river.