10 Lines on Geeta Phogat: Geeta Phogat is an inspiring freestyle Indian wrestler. She is a 28-year old wrestler from Haryana. She participated in the 55 kg freestyle category at the Commonwealth Games 2010 and became the first Indian women wrestler to win a gold medal.

According to her Father Mahavir Phogat’s authorized biography, Geeta Phogat’s mother, Daya, wanted to have a boy instead of a girl. However, through her hardships and failures, Geeta Phogat has achieved her dreams at the Commonwealth Games. Since then, Geeta has brought great pride to her family as well as to the country through her hard work and efforts.

The life story of Geeta Phogat is a life-changing and emotional story that teaches all of us that hard work, motivation, and efforts will help you achieve your goal.

The below-mentioned ten lines on Geeta Phogat in English provide you with vital information to formulate paragraph writings and essays on this topic as well as a guide for competitive exams and G.K. quizzes. 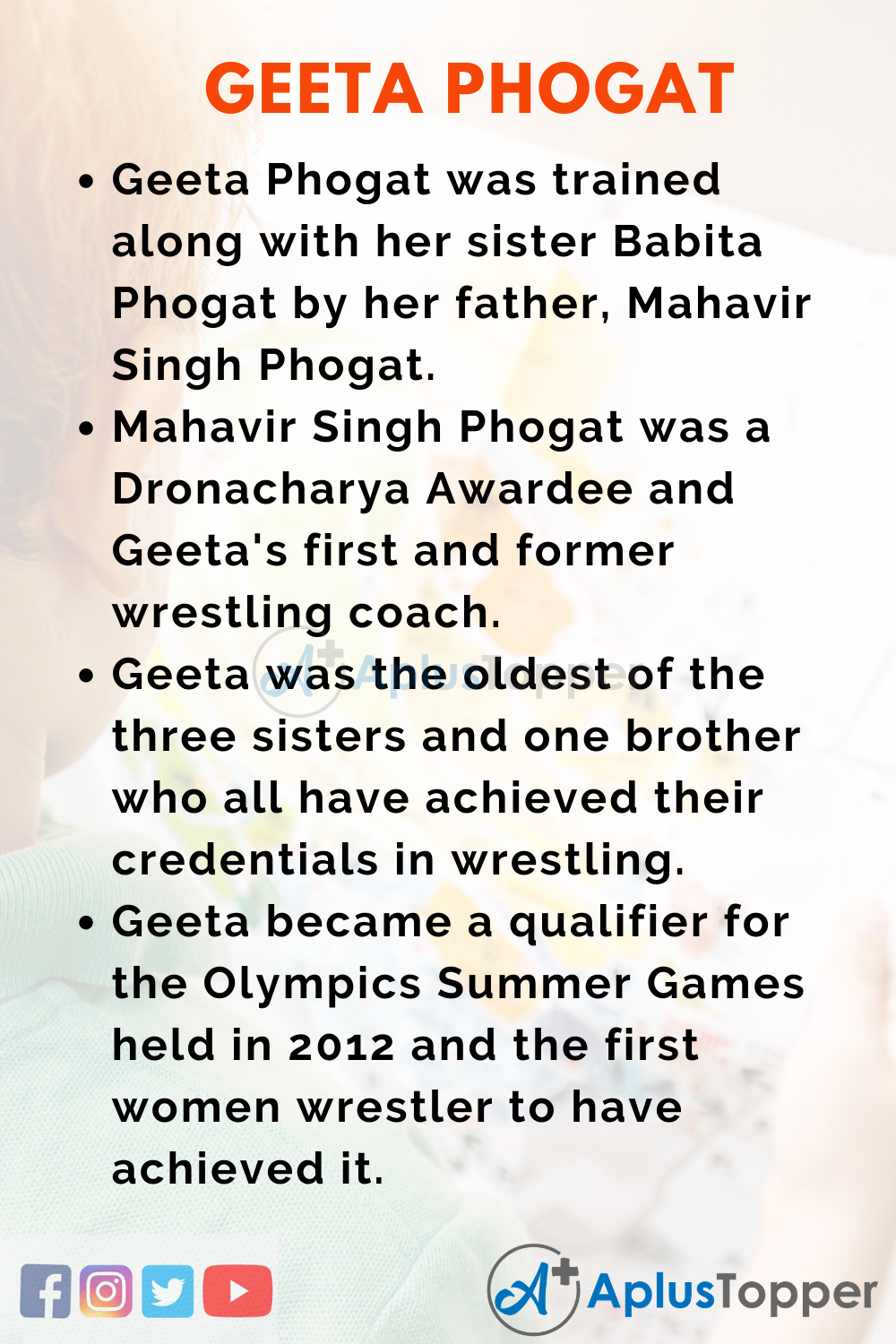 FAQ’s on 10 Lines on Geeta Phogat

Question 1.
Who is Geeta Phogat?

Answer:
Geeta Phogat is an old freestyle wrestler who hails from Haryana. She became the first Indian women wrestler to win a gold medal in the 55 kg freestyle category at the Commonwealth Games 2010.

Question 2.
How many medals has Geeta Phogat won?

Question 4.
Who has Geeta married betrothed?

Answer:
Geeta was married to a Delhi-based wrestler Pawan Kumar on November 20, 2016.