10 Lines on Football: Football is a popular game that pumps gushing adrenaline for excitement. It is an exciting game that unveils sudden changes during the ‘biting nails’ moment. It is a universal game that involves big and small nations ever.

Football is a game that is played between two teams, with each group consisting of a goalkeeper and eleven key players. The game involves a lot of physical exercises that keep obe agile, fit, active, and healthy.

Football is a game that teaches us the importance of sportsmanship, unity, teamwork, and leadership. It is a game that relieves stress, teaches discipline, and calms and relaxes.

It is excellent entertainment, and every time we watch a FIFA world cup or any other football matches on TV, we tend to play a virtual game along with the players who are trying to grab the ball to score a goal. Here, we have provided ten lines on Football in English to help you formulate paragraph writings and essays on this topic. 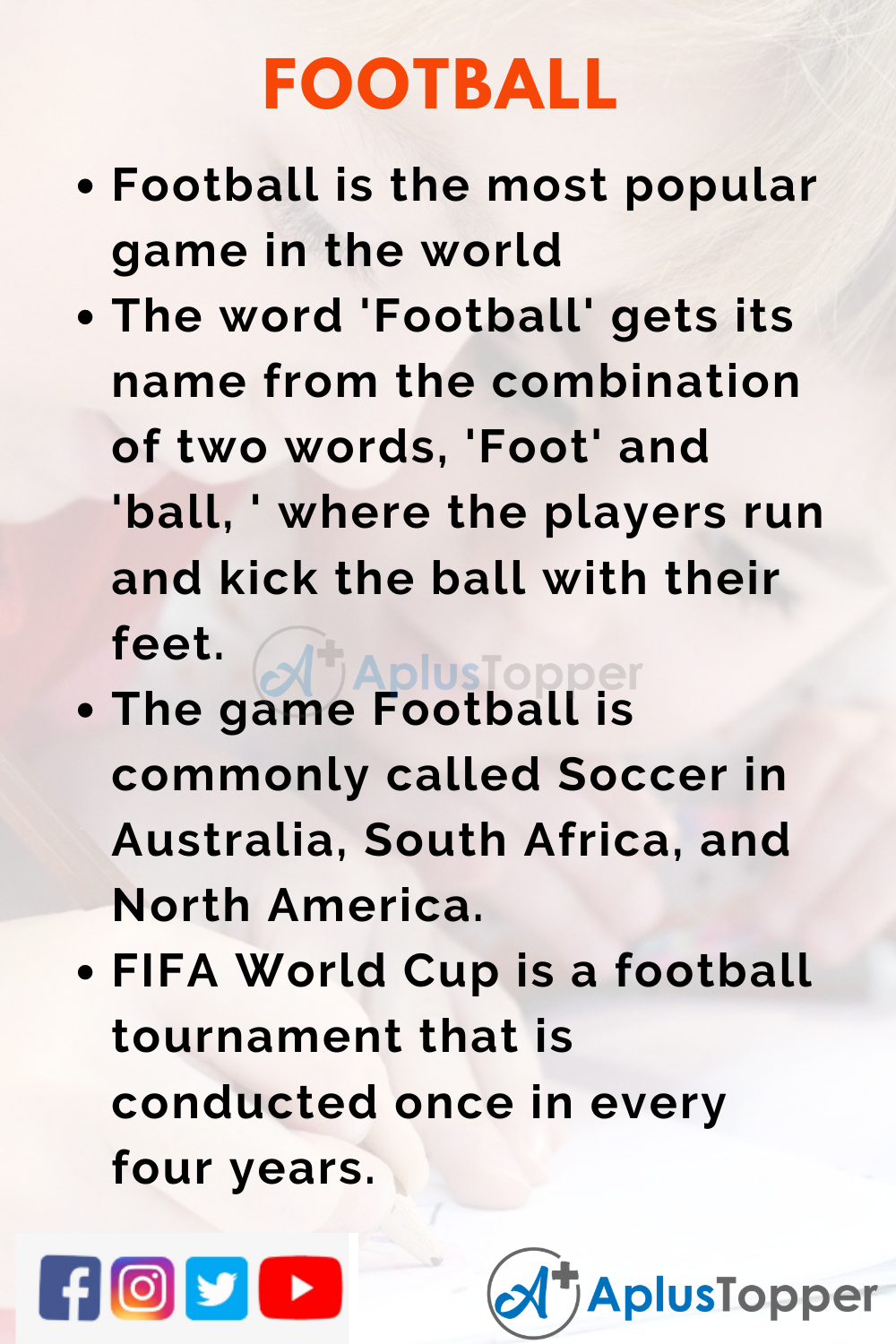 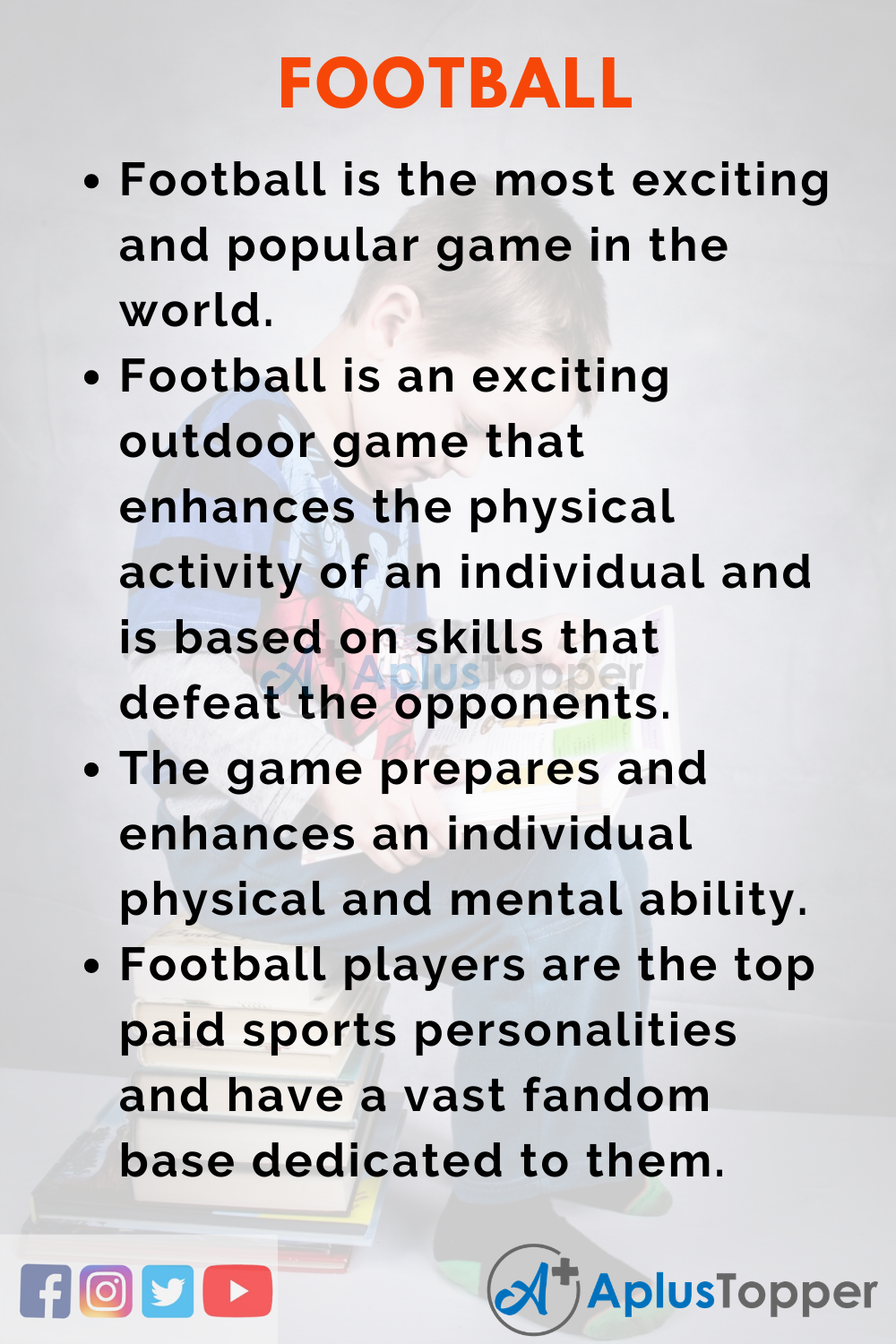 FAQ’s on 10 Lines on Football

Question 1.
Which is the highest Football tournament conducted?

Answer:
FIFA is the highest football tournament conducted by The International Federation of Association Football.

Question 2.
Why is Football preferred in schools?

Answer:
Football shows the signs of social and psychological benefits that improve self-esteem and boosts confidence level to attain good sportsmanship and discipline.

Question 3.
What are the other names of Football?

Answer:
Football is commonly known as Soccer in Australia, and South Africa and Rugby are the American Version of Football.

Question 4.
What is the term ‘penalty shootout’ hold in Football?

Answer:
A penalty shootout is a direct kick. A penalty kicker shoots the ball from the penalty mark, a spot located 11 meters from the goal line.