10 Lines on Food Waste: Every year millions of tons of food that is being produced in the kitchen are thrown away without consuming. At the same time, there are millions of children in poor countries such as Uganda, Republic of Congo, Kenya or Sudan where people die because of starvation. This stark contrast between the rich and poor is the reason why our world is still not developed or a civilized. 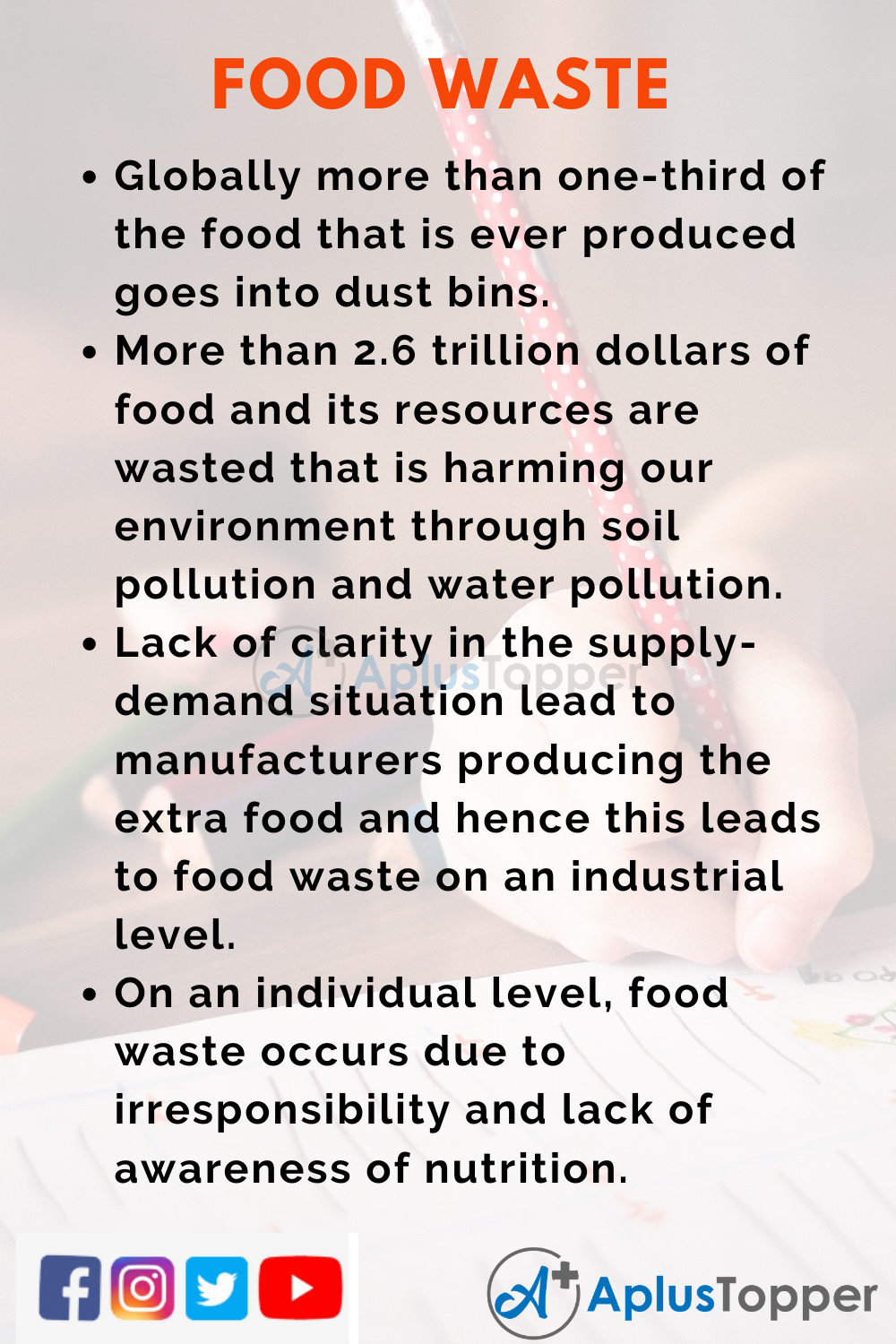 FAQ’s on 10 Lines on Food Waste

Question 1.
How many tons of food is wasted every year around the world?

Answer:
With a rough estimate, 1.6 billion tons of food is wasted every year.

Question 2.
Which country was the first in the world to ban food waste?

Answer:
France was the first country in the world to ban food waste

Question 3.
How should we reduce food waste?

Answer:
Smart nutrition planning, strong laws and punishments and proper supply and demand estimation are some of the ways to reduce food waste in the world

Question 4.
What are the effects of food waste on the environment?

Answer:
Food waste leads to land pollution and water pollution as well as increased carbon footprint around the world resulting in global warming and climate change