10 Lines on Doraemon: Doraemon is one of the most popular Japanese cartoons that is loved by kids all across the world. While the cartoon series is original in the Japanese language, it has been dubbed into various languages around the world such as English, Hindi, Telugu, Tamil, Kannada, French, Spanish etc.

In this particular article on 10 lines on Doraemon in English for schoolchildren from classes 1 to 5, we shall be giving certain amazing facts and information about this cartoon that can be used by small kids in their assignments, tests and homework. We have divided the article into three sets and each set contains 10 lines on Doraemon in English. 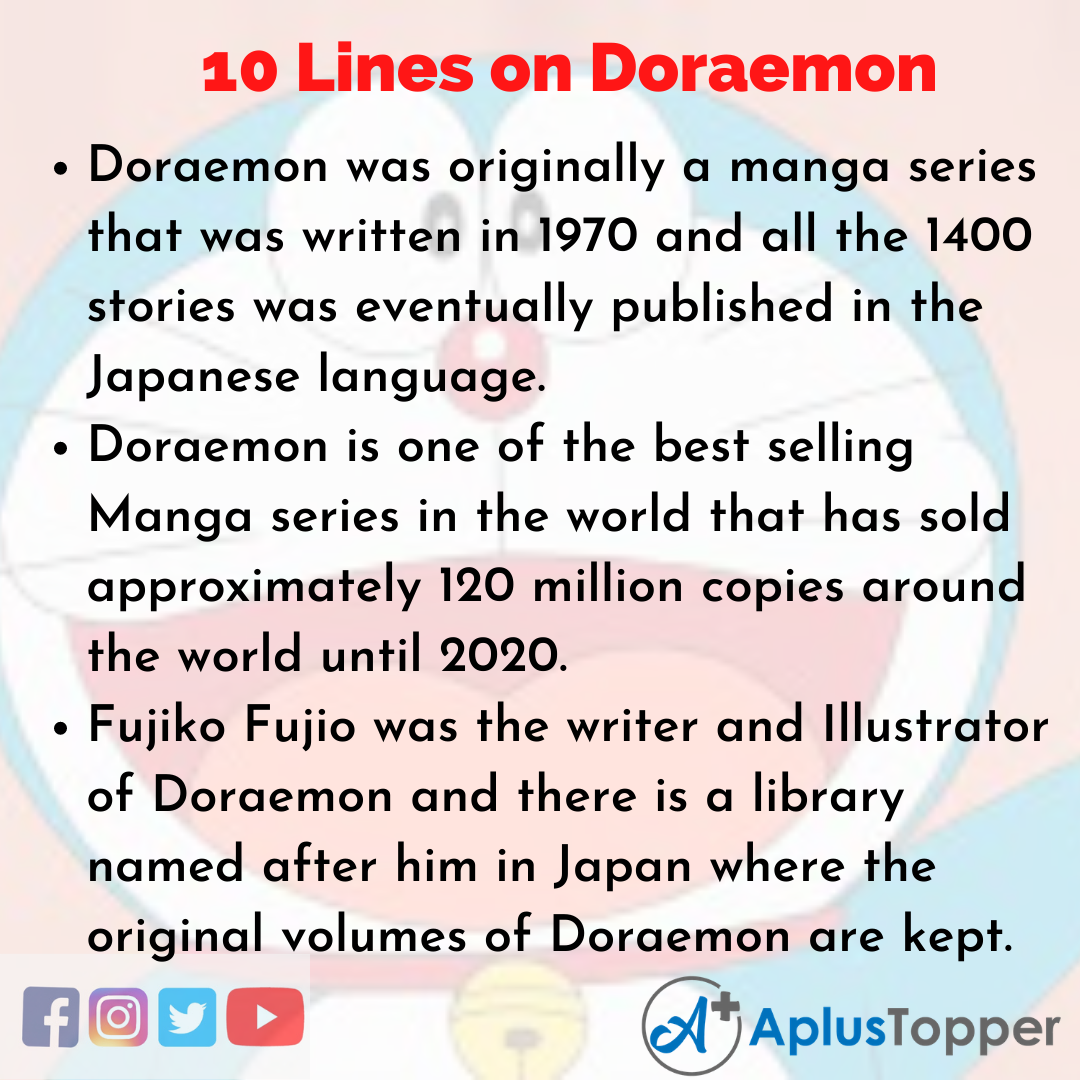 FAQ’s on 10 Lines on Doraemon

Question 1.
Who created the character of Doraemon?

Answer:
Doraemon was created and illustrated by Fujiko Fujio

Question 2.
Which country does the Doraemon cartoon belong to?

Answer:
While Doraemon is widely popular across the world and is available in all languages, Doraemon was originally from Japan and hence it belongs to the country of Japan

Question 3.
What kind of influence does Doraemon have on children?

Question 4.
Who are the main characters in the Doraemon cartoon?

Answer:
The main characters around which Doraemon cartoon revolves around our Doraemon, Nobita, Shizuka, Gian and Suneo.

Question 5.
What does the character of Doraemon represent to children?

Answer:
Doraemon is an interesting character. Given that he is a 22nd-century robot cat and because of his helpful nature where he’ll always save his best friend Nobita from troubles, the character of Doraemon can have positive influence on kids by inculcating the values of kindness and helpfulness among children.