10 Lines on Computer: A computer is an electronic machine that inputs information and processes it to give out new information as output. Computers came into existence from the time of World war II. However, at this time, only the government could access the machines, and the public was forbidden to use.

A primary computer consists of a mouse, monitor, keyboard, and a CPU. Other attachable parts can be used, such as laser pens, scanners, printers, etc.

Computers find their purpose and importance in different sectors as medical, education, defense, and research. It has become an integral part of our life, and life without computers would be difficult to live.

Here, we have provided ten lines on Computer in English to help you formulate paragraph writings and essays on this topic as well to assist you during competitive exams and G.K. quizzes. 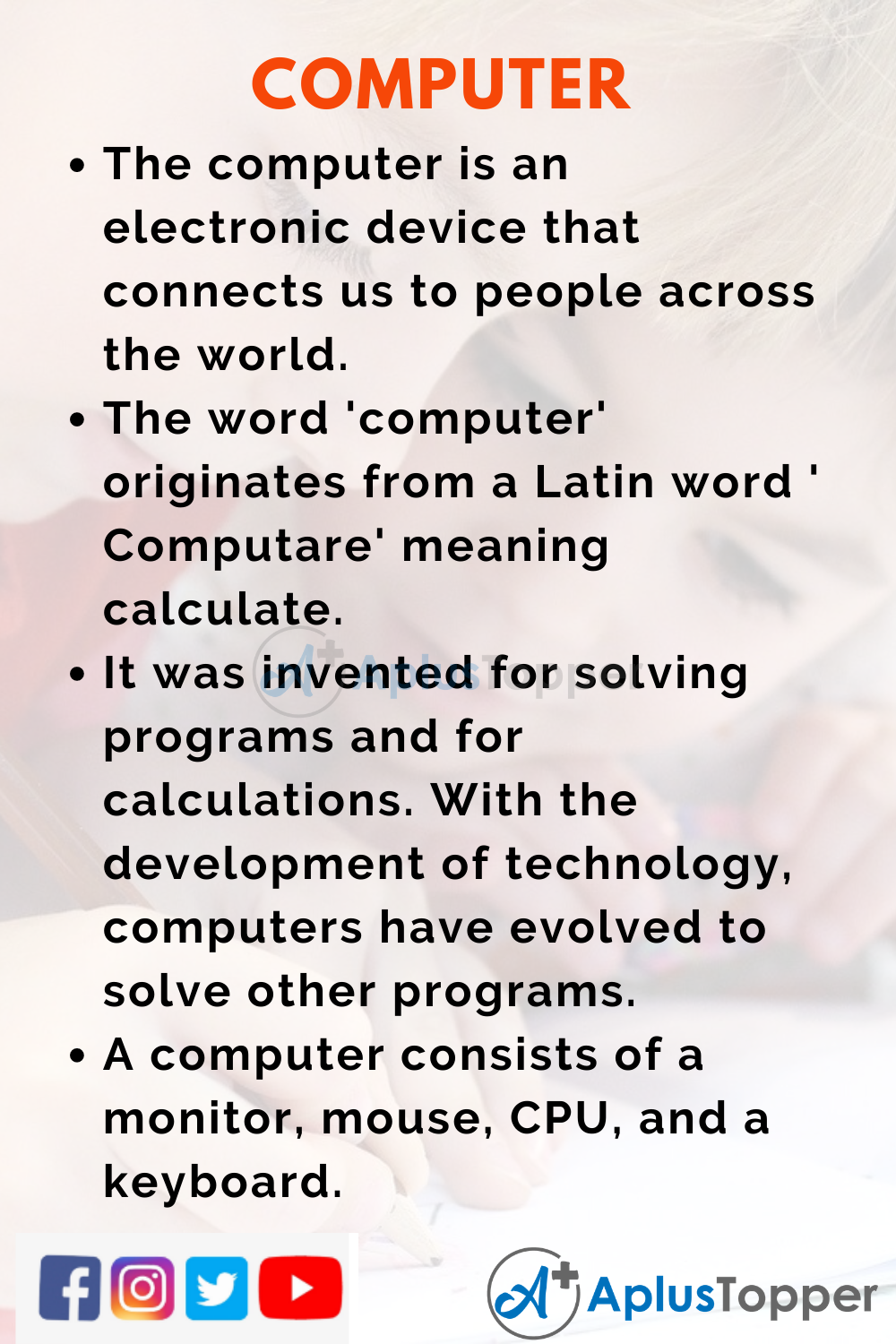 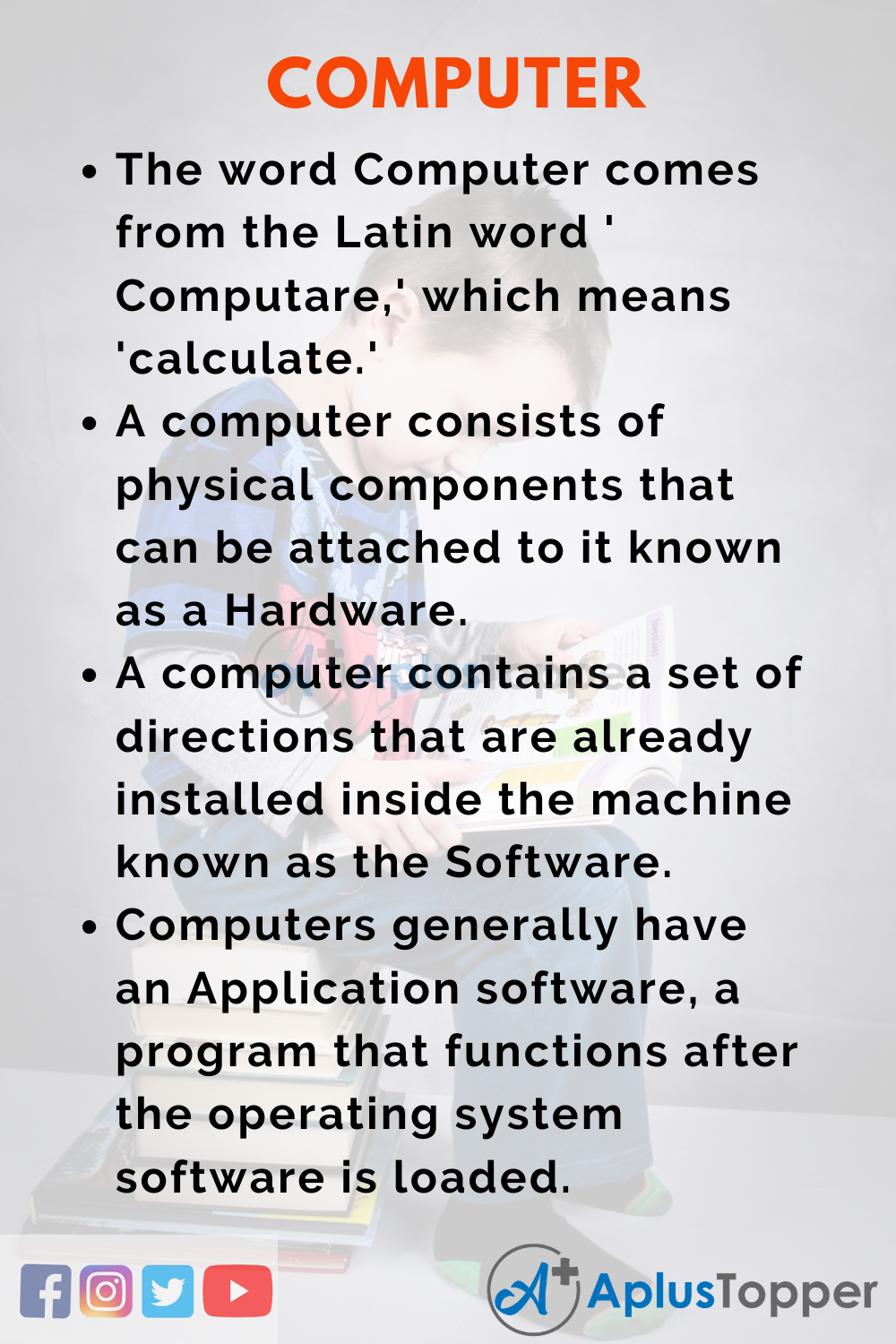 FAQ’s on 10 Lines on Computer

Question 1.
What is a computer?

Answer:
A computer is an electronic device that came into existence during World war II and has evolved as a powerful machine that helps us in various ways.

Question 2.
What are the different components of a computer?

Question 3.
Mention the fields that need and make use of computers.

Question 4.
Which is the first computer invented?